I have a PVC inflatable device (a custom made inflatable pillow) which is, according to the spec sheet, made out of PVC. The PVC material itself, however, is not the one you'd find on usual swimming rings or such, but something closer to that of the PVC pipes (matte texture, white color).

The problem I encountered is, after some time of storage (deflated of course) in a dark and dry room, some kind of an oily fluid appears on the surface of the device.

Initially I thought that, as it is a pillow, it might have accumulated some of the body sweat over time, and after some time it came out as the material was returning to its original size after being stretched due to inflation. So I thoroughly washed it, but after a couple of days of storage, oily stains can be seen again on it's surface. I didn't kinda think it through, but it might have been helpful to collect the accumulated fluid before I washed it off to run a pH test on it (can't do much other tests at home).

So, may that be a sign of PVC degradation of some sort, and if so, what is that? This occurs whether it's stored in a polyethylene bag or just plain put on a wooden shelf with nothing in contact.

I was looking in various sources but most only specify that PVC degrades either under higher temperatures (above 60ºC) or in contact with quite agressive fluids. 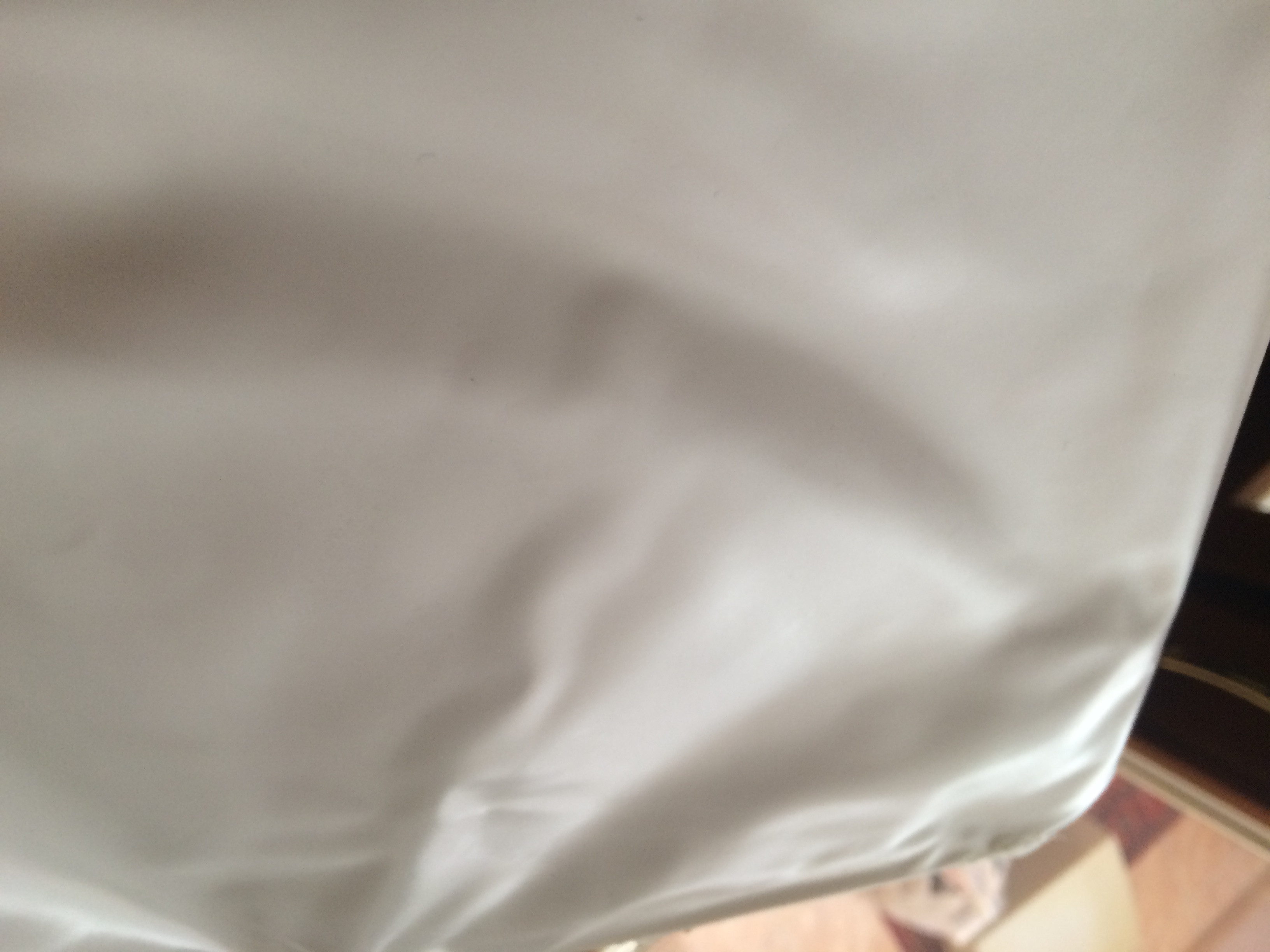 Picture of material with stains that appear (reflective): 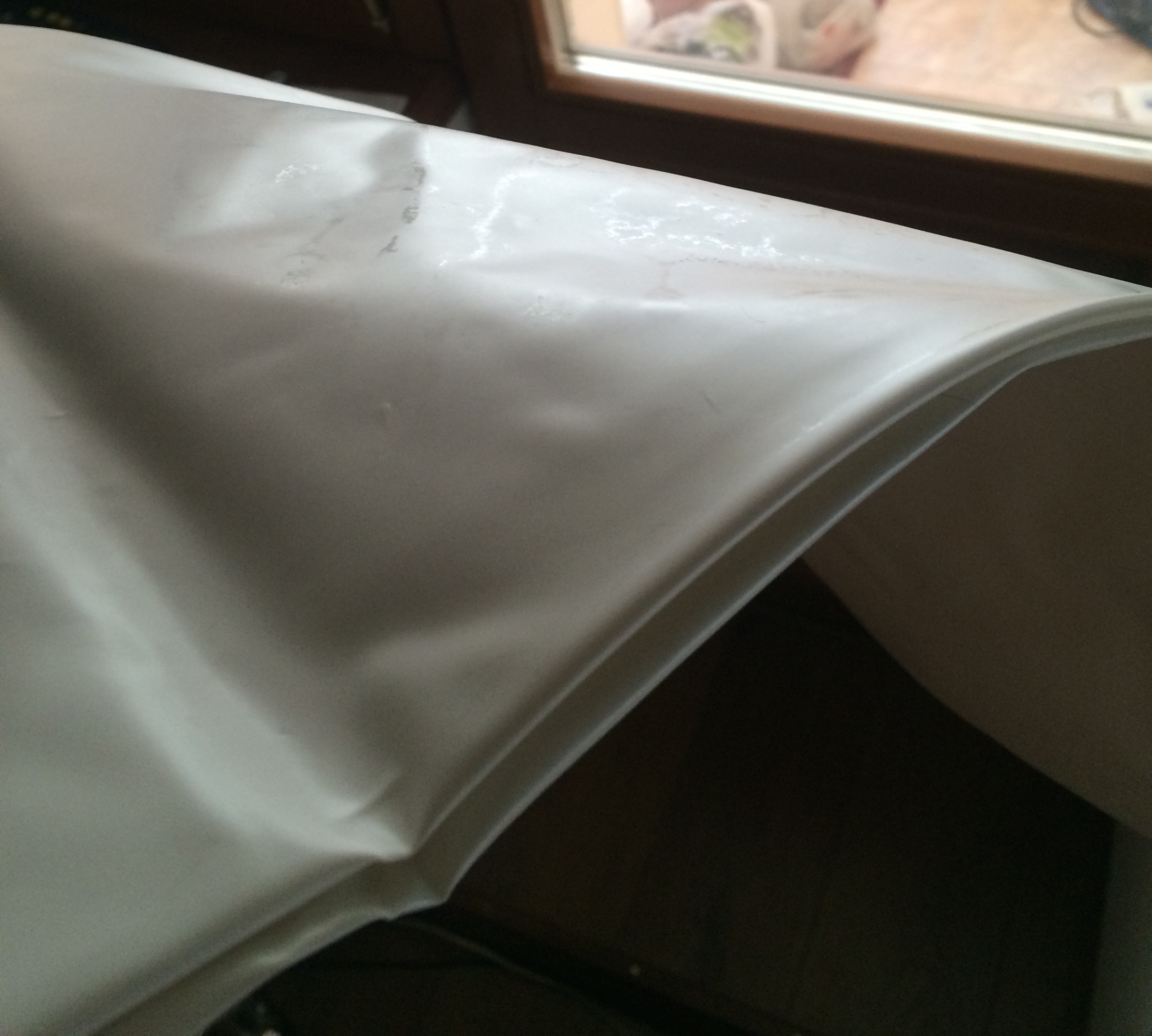 What you are seeing is most likely PVC plasticiser.

Pure PVC is a hard, inflexible solid. It doesn't make for good flexible objects. To make it flexible, plasticisers are usually added. These plasticisers are often compounds like diisononyl phthalate (DINP), diisodecyl phthalate (DIDP) and di-2-ethylhexyl phthalate. These are, when pure, oily liquids. They often slowly migrate from the PVC object and can do so faster in certain circumstances (eg they will be pulled out when the PVC is in contact with hydrocarbon solvents).

So, most likely, you are seeing small amounts of plasticiser migrate from the PVC and not any degradation of the polymer itself. Eventually, of course, if enough plasticiser leaves the PVC object it will become brittle and inflexible. But it may be quite some time before that happens.

4
Biopolymers as alternative for PVC and PU?
7
How does the presence of chlorine atoms in PVC make it flame resistant?
1
TPE fabric vs PVC fabrics?
1
Is there an easy way to make PVC from PVA?
4
Are there chiral carbons in PVC polymers?
3
Do self-growing hydrogels grow and strengthen infinitely?