I thought $K_c$ shouldn't include water, is the mark scheme wrong? Or is this an exception that water is steam instead of liquid water?

How is one supposed to know that?

Here is another question I have just come across. (Different question, but still related.) Please take a look at the image below. Now, the mark scheme has seriously taken the concentration of $\ce{H2O}$ into account in (iii) and (iv). 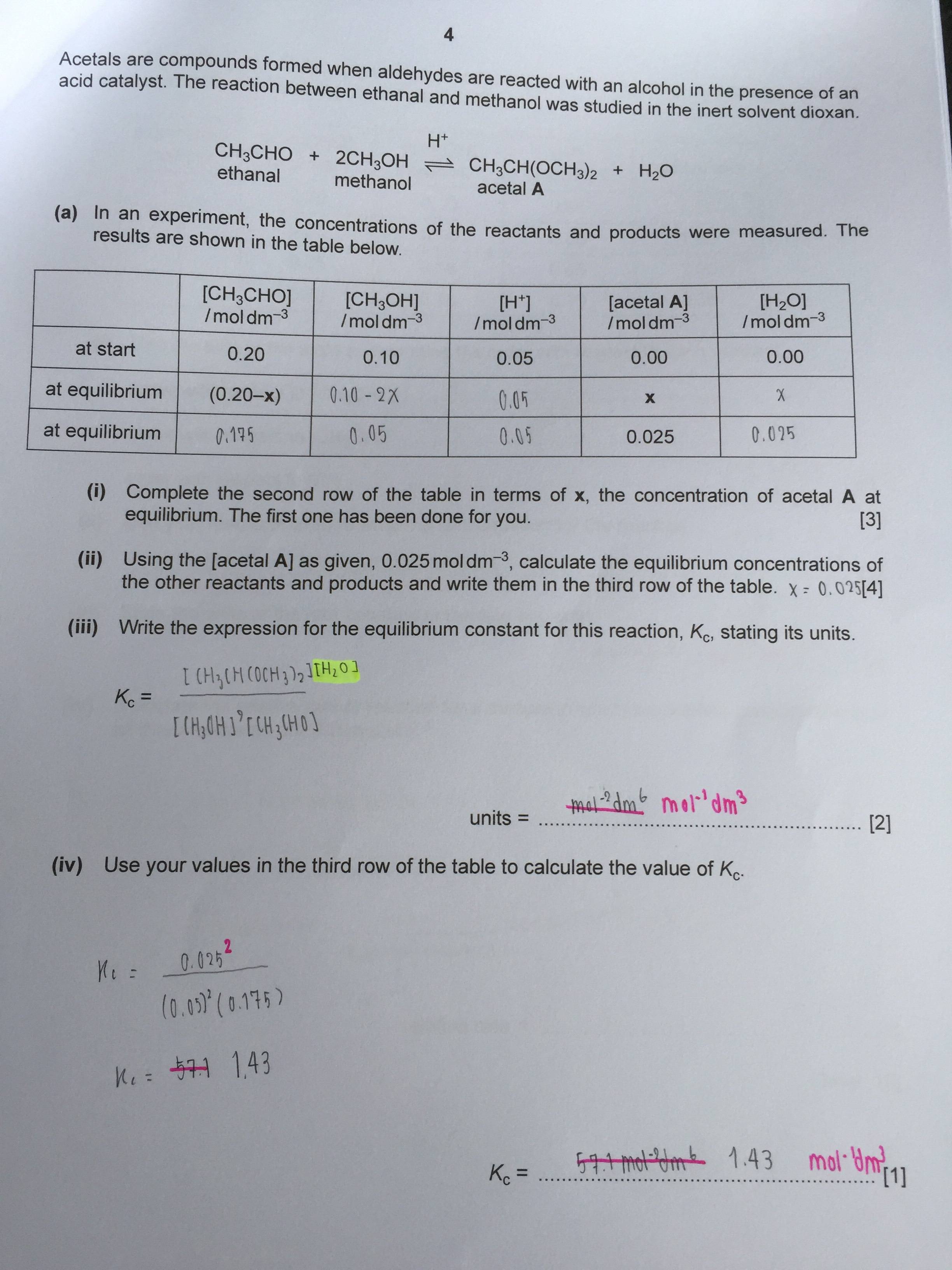 1. Reaction of Trichloroisocyanuric acid with water:

However water in gaseous state cannot be ignored. It would be included in the equilibrium expression.

So that expression is just a formula and in the next step when you would be substituting the values, 1 will be substituted inplace of concentration of water.

2. Coming on to the reaction you have sent in the picture i.e. reaction of aldehyde and alcohol:

Here water is not going to be omitted.

Okay water is always not neglected from the equilibrium expression. When I said water concentration is assumed to be 1, I had actually assumed water to be a solvent. Remember if water is a solvent in your reaction, then you can neglect the water concentration term but if water is not a solvent, then water term needs to be included. In the above question, water is being created in the process .i.e it is a product. If water had been a reactant as well as product (i.e. a solvent), then you could have neglected it.

Water in the above reaction is not present/taken from initial situation. It was eventually formed during the reaction and hence it is a product ( not a solvent). Hence you need to include it in the Kc expression.