Distinction between whole molecules and functional groups in IR spectra

Are infrared spectra specific to compounds or to functional groups?

For example, which of the molecules below best fits the IR spectrum shown? 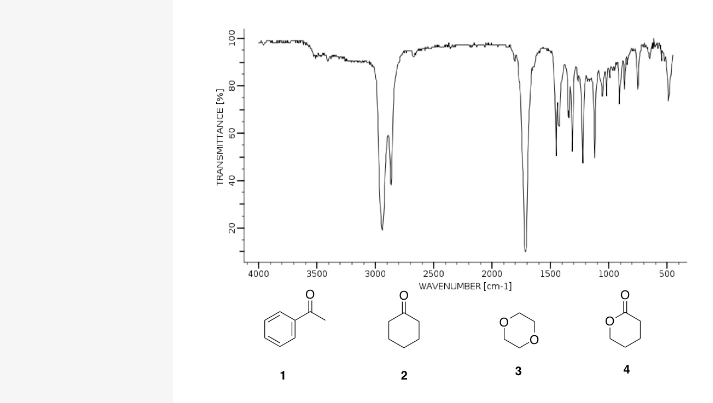 I'd have to say #2, which is a ketone based off of looking at a similar graph of a linear chain ketone. Is there a better way to approach IR graphs than learning them for functional groups?

Your question contains several points to address here. And following Martin's suggestion, it is time to wrap up the points already mentioned in comments into a conclusive answer, too.

As a comment to the spectra by AIST: They are searchable by chemical name, formula, or CAS number. In the case of IR spectra, a little table ($\tilde\nu$), observed remnant transmittance) and a small image of the molecular structure is provided, too. 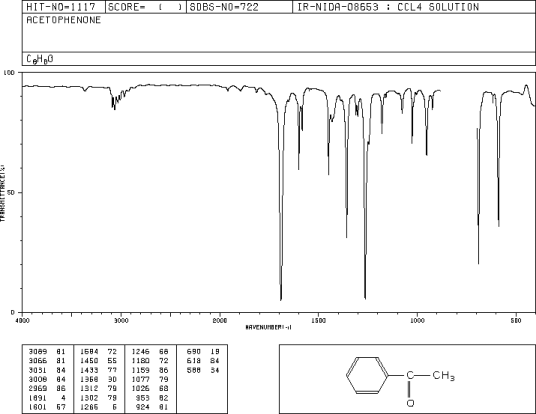 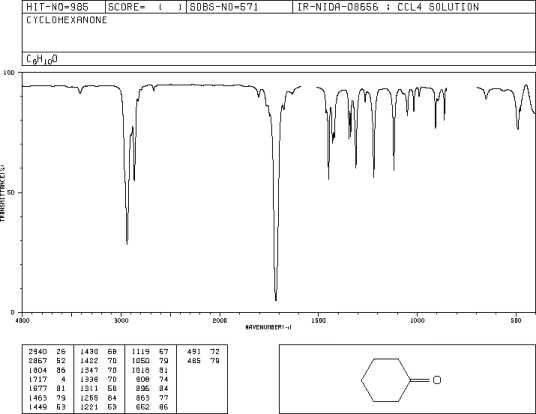 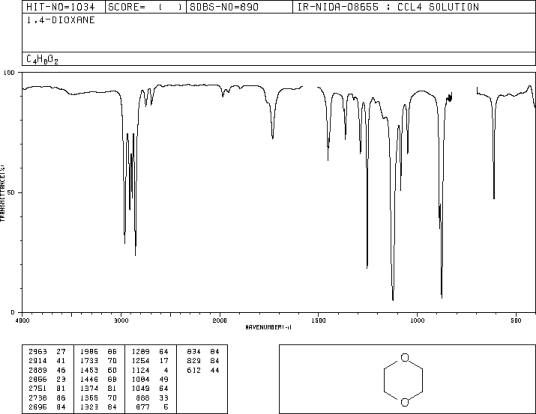 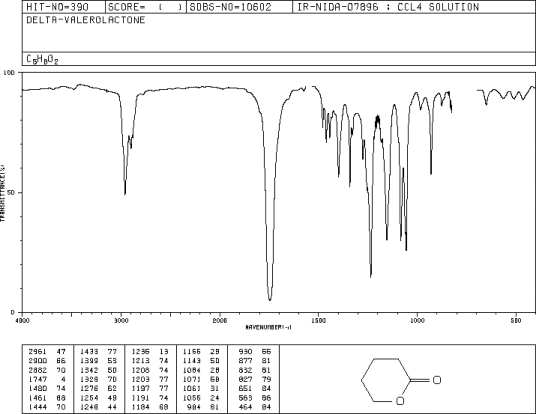 So in turn, deciphering IR spectra is both learning / training to spot features (here: absorption bands), and comparison with reference data (here: spectra cataloges). And typically supported by other means of analysis or characterization, like melting points / refractive indices compared with tables, or further NMR spectroscopy, for example.

11
Reduction of α,β-unsaturated nitro compounds
3
Method of deriving some properties or possible method of synthesis of a specific monomer
7
Identifying functional groups
4
Difference between Side Chains and Functional Groups
0
What functional groups can 900-2500nm IR spectrometers detect?