Why is a silent electric discharge used for the preparation of ozone from oxygen?

I learnt that ozone is prepared by passing oxygen through a 'silent' electric discharge. Can someone please explain what is meant by a 'silent' discharge here, and why that helps? I couldn't get a satisfactory answer while Googling.

inorganic-chemistry electricity ozone
Share
Improve this question
edited May 7, 2020 at 14:13

According to this Wikipedia article:

Dielectric-barrier discharge (DBD) is the electrical discharge between two electrodes separated by an insulating dielectric barrier. Originally called silent (inaudible) discharge and also known as ozone production discharge or partial discharge, it was first reported by Ernst Werner von Siemens in 1857. On right, the schematic diagram shows a typical construction of a DBD wherein one of the two electrodes is covered with a dielectric barrier material. The lines between the dielectric and the electrode are representative of the discharge filaments, which are normally visible to the naked eye. 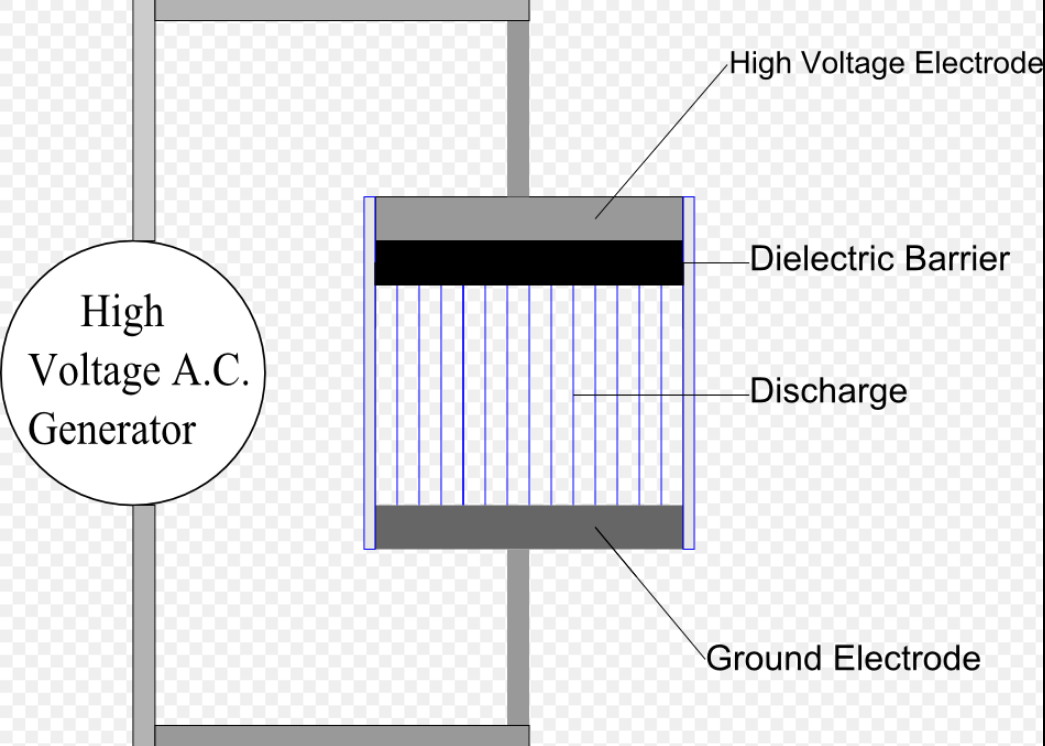 DBDs can be used to generate optical radiation by the relaxation of excited species in the plasma. The main application here is the generation of UV-radiation. Those excimer ultraviolet lamps can produce light with short wavelengths which can be used to produce ozone in industrial scales. Ozone is still used extensively in industrial air and water treatment. Early 19th-century attempts at commercial nitric acid and ammonia production used DBDs as several nitrogen-oxygen compounds are generated as discharge products.

As the Gibbs energy (G) for the reaction is highly positive , it is made sure that ozone does not decompose back to give oxygen and nascent oxygen and that's why silent electric discharge is used.

Not the answer you're looking for? Browse other questions tagged inorganic-chemistry electricity ozone or ask your own question.

9
What property allows ozone to absorb uv light
5
Formation of Bands in Semi-Conductors
1
Rusting on an iron material
3
Why does the addition of PCl5 increase the rate of dissociation of PCl5?