Why is it that only ozone absorbs UV radiation?

I know the mechanism of how ozone absorbs UV but why is it that no other molecules do this?

Is there any special reason?

PS: If I'm mistaken and there are other molecules that can absorb UV please mention them.

The ISO 21348 Definitions of Solar Irradiance Spectral Categories defines UV radiation as that portion of the electromagnetic spectrum having wavelengths from 10 to 400 nm. Different atmospheric compounds absorb more or less strongly than others throughout the UV portion of the spectrum.

The following table was reproduced from this Wikipedia article: 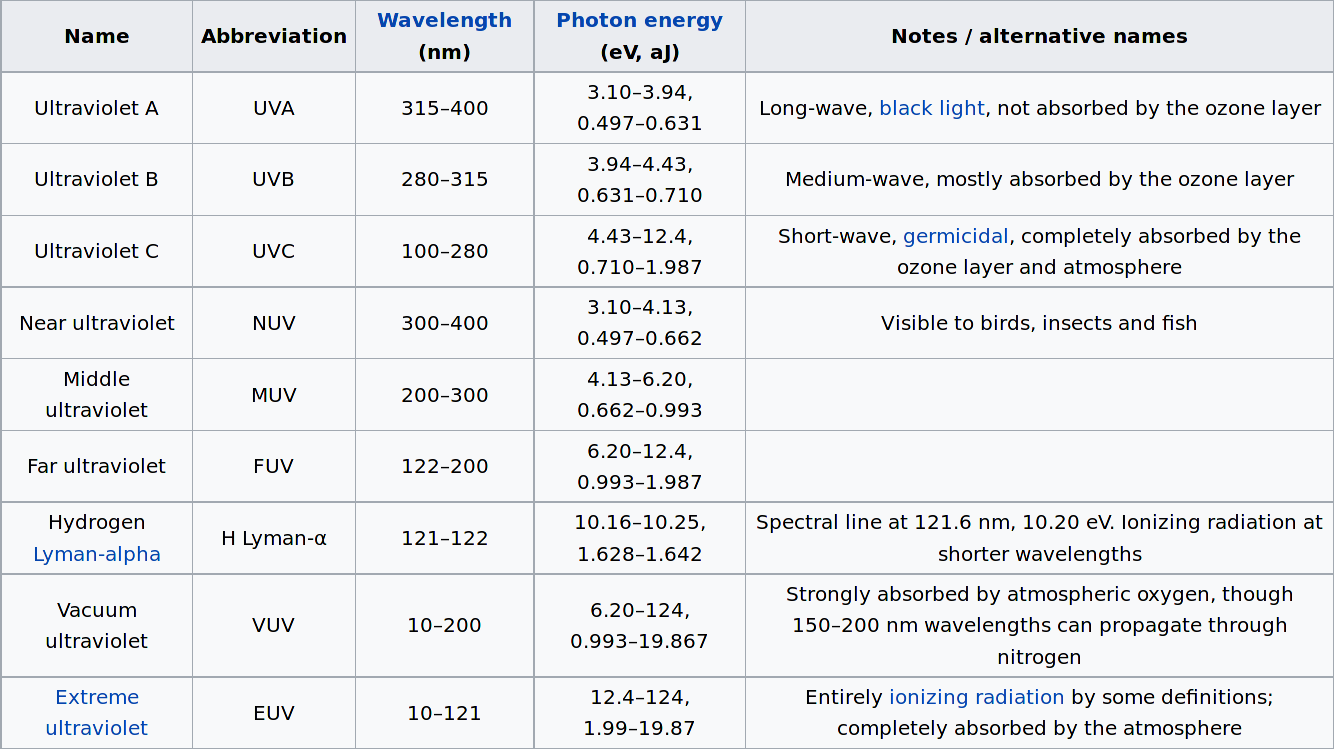 Although not fully quantitative, this table indicates that nitrogen, oxygen and ozone all absorb different portions of the UV spectrum. Water vapor is also an important UV absorber that is not discussed in the above table.

Also, regarding the UV absorption of (liquid) water and your comment that "It is widely accepted that life on Earth wouldn't be possible without ozone layer", it was in large part the protection from UV radiation afforded by liquid water that allowed aquatic organisms to survive prior to the existence of the ozone layer. If the ozone layer were to vanish today, although the nature of Earth's biosphere would change drastically, I suspect many aquatic species, particularly microbes, would adapt and continue to survive in the absence of an ozone layer. It would be bad news for you and me though ;)

Not the answer you're looking for? Browse other questions tagged ozone or ask your own question.

22
Can ozone have a triangular structure?
4
POCP: How many ozone molecules can be created by one ethene molecule?
9
What property allows ozone to absorb uv light
4
Balancing the reaction equation for the oxidation of lead(II) sulfide with ozone
4
How to remove nitrose gasses from ozone gas mixture?
2
How to measure ozone output of an ozone generator using chemical methods