Question no 9 as far as I know none of the rules of relative order of stability apply to this( completion of octate,charge seperation etc.) So they all must be equally stable but the answer is (D) 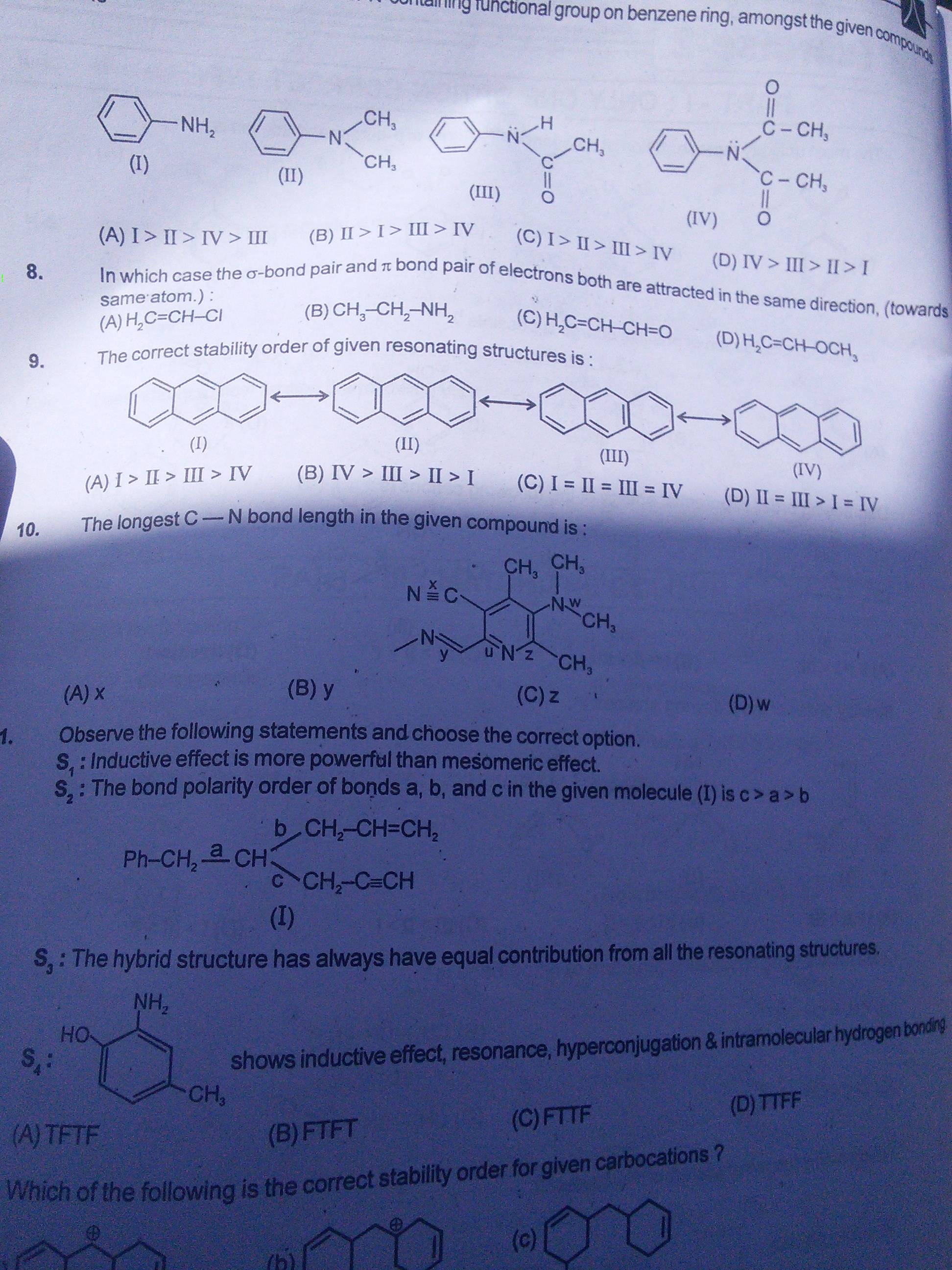 Aromatic molecules are very stable, and do not break apart easily to react with other substances. Organic compounds that are not aromatic are classified as aliphatic compounds—they might be cyclic, but only aromatic rings have special stability (low reactivity).

And since II and III have greater number of aromatic rings than I and IV,

Thus the answer would be [Option D] and not [Option C].

Not the answer you're looking for? Browse other questions tagged organic-chemistry aromatic-compounds resonance or ask your own question.

16
How to determine the worst resonance structures out of a given set?
4
Rank the following radicals in order of decreasing stability
4
Which of the canonical structures contributes more to resonance hybrid?