I was wondering if anyone could help troubleshoot an experiment I'm working on.

I have 45 different samples of different types of compost. Each time I run the test, about a third of the samples require more $\ce{HCl}$ to neutralize than the blank.

The blanks are all consistent in the amount of $\ce{HCl}$ needed, I ran three last night and one the night before. The test also seems to be picking up samples which are respiring heavily- when there are moldy samples, they require only a small amount of $\ce{HCl}$. I can't really decipher a trend with the ones that require more $\ce{HCl}$ to titrate than the blank other than that it's somewhat consistent. 41% of the samples which needed more $\ce{HCl}$ than the blank on day 2 also needed more on day 1, and of the day 2 "error samples", 88% were from a treatment which had an "error sample" on day 1.

Do you have any idea what could be happening or what I am doing incorrectly? It's definitely a long process to do this measurement for 48 replicates over 4 days - I'm hoping the data isn't totally worthless. 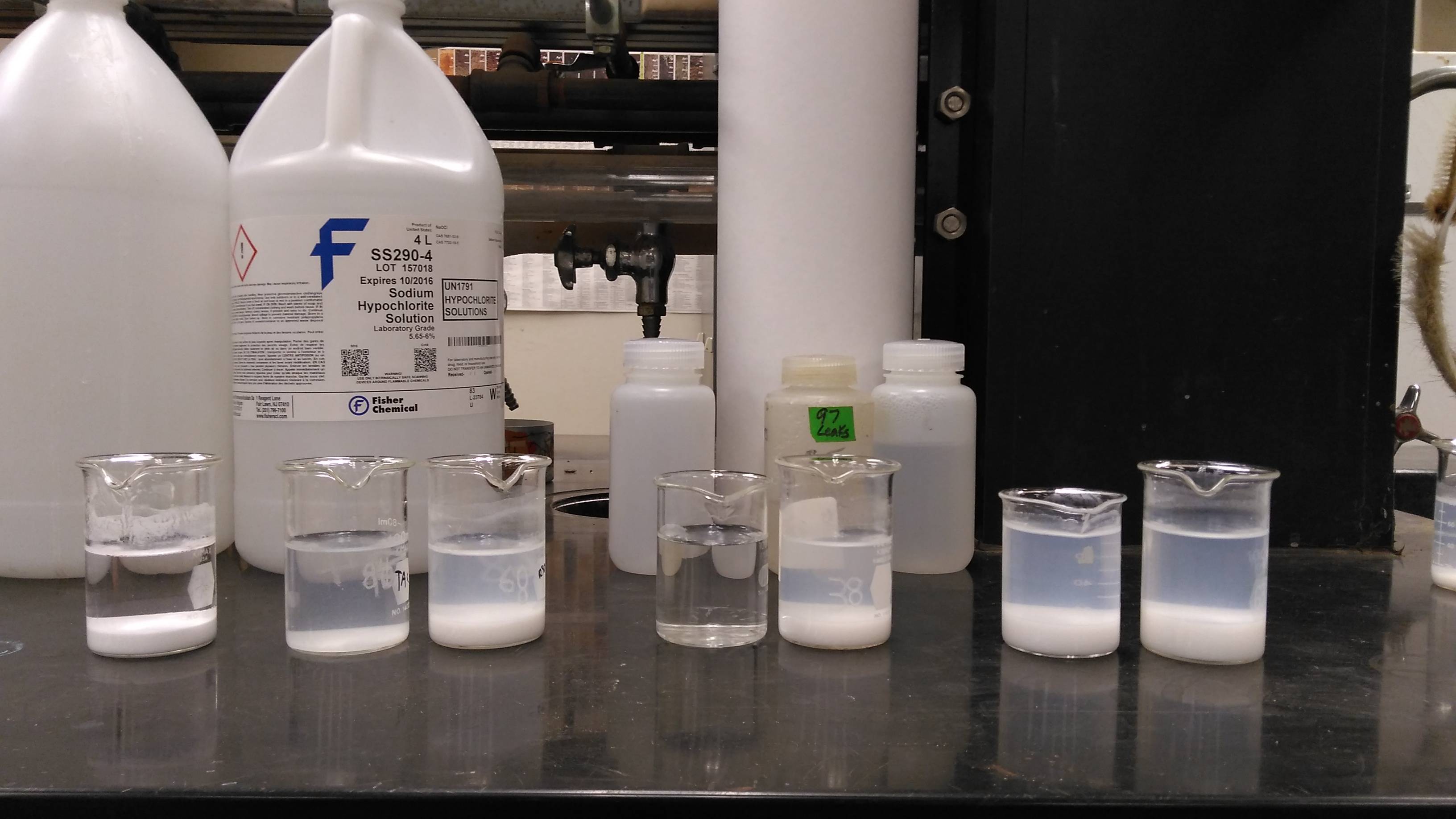 Browse other questions tagged acid-base biochemistry analytical-chemistry or ask your own question.

1
Preparation of NaOH Solution
6
How to find out pH of aquarium and apply it when adding HCl?
3
Can Henderson-Hasselbalch equation be used to determine the pH of a solution when a strong base and a strong salt of that base stay together?
5
Reaction between NaOH and CO2
0
What happens to acids/bases left out overnight?
4
Titanium in HF vs HCl
8
Is oxalic acid dihydrate considered a primary acid standard in analytical chemistry?
7
In the last step of Kjeldahl Method, is the reaction of ammonium to NaOH not taken into account?