Interaction between a pencil and rubber (eraser)

Is there a interaction between a graphite pencil and and a eraser. For example, if I drew a line on a piece of paper and then erased that, what interaction is occurring?

Is it a Van der Waals interaction with intermolecular forces or is something else?

There was much discussion in the comments to the OP regarding whether erasing a pencil mark is a chemical process or merely a mechanical process, akin to removing an oil spill with high pressure water (my analogy). But I think the answer to "Is it a Van der Waals interaction with intermolecular forces" is clearly yes.

Although the classic "pencil head" eraser generally requires a vigorous rubbing action to rapidly remove a pencil mark, even this can be done in a manner that shows pencil marks that had been bound to the paper via intermolecular forces are transferred to a material having a stronger affinity for the pencil mark than does the paper.

This Wikipedia article discusses several types of erasers that clearly illustrate a chemical process rather than a mechanical one is dominating the removal of the pencil mark. For example, regarding the "poster putty" type of eraser the article states:

"...poster putty works much the same as traditional kneaded erasers, but with a greater tack or lifting strength...Repeatedly touching the putty to a drawing pulls ever more medium free..."

A "gum" eraser also clearly works by adsorbing graphite from paper. As the gum is dabbed or lightly rubbed on the pencil mark, the intermolecular forces holding the graphite to the paper are weaker than the intermolecular forces between the graphite and the erasure. The following photo from the above Wikipedia article shows that the graphite in the used eraser has accumulated over time. There is no evidence of paper or other material having accumulated along with the material from the pencil mark. 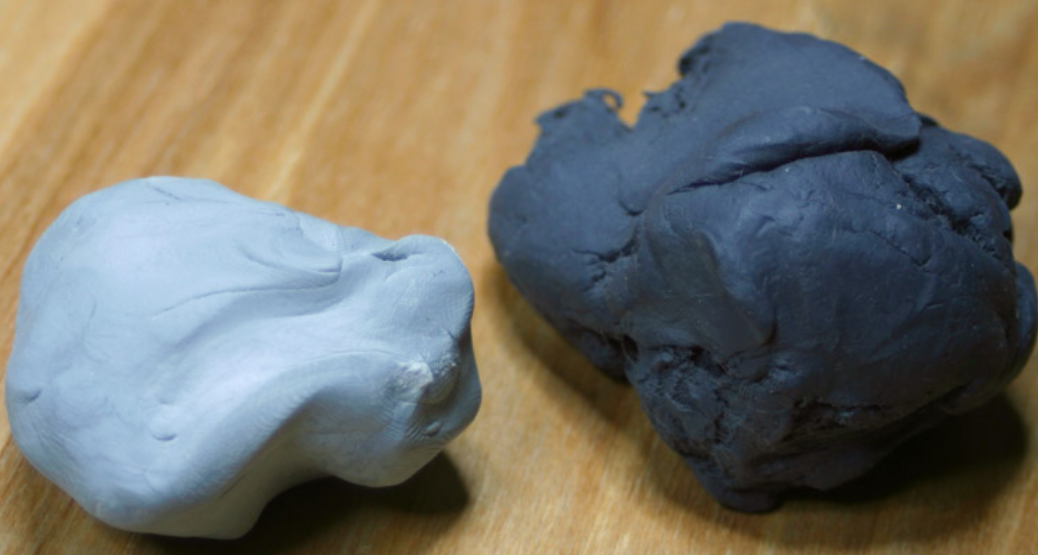 Furthermore, one can imagine using different materials that should make for good erasers if the pencil marks are simply being removed by the mechanical action of an eraser. For example, if that's the case, shouldn't you be able to remove the pencil mark by rubbing it off with a piece of wood, one's finger, another piece of paper, a fingernail, etc.?

Not the answer you're looking for? Browse other questions tagged everyday-chemistry intermolecular-forces adsorption or ask your own question.