I don't get how its resonance stabilization is far greater than that of acetic acid despite the fact that the conjugate base has high angular strain. How is it more stable than acetate ion? In the consideration of acidity, why is only the resonance dispersion of charge taken into account and not the angular strain?

For stability comparisons of the anions so formed I am stuck at the resonance structure too: 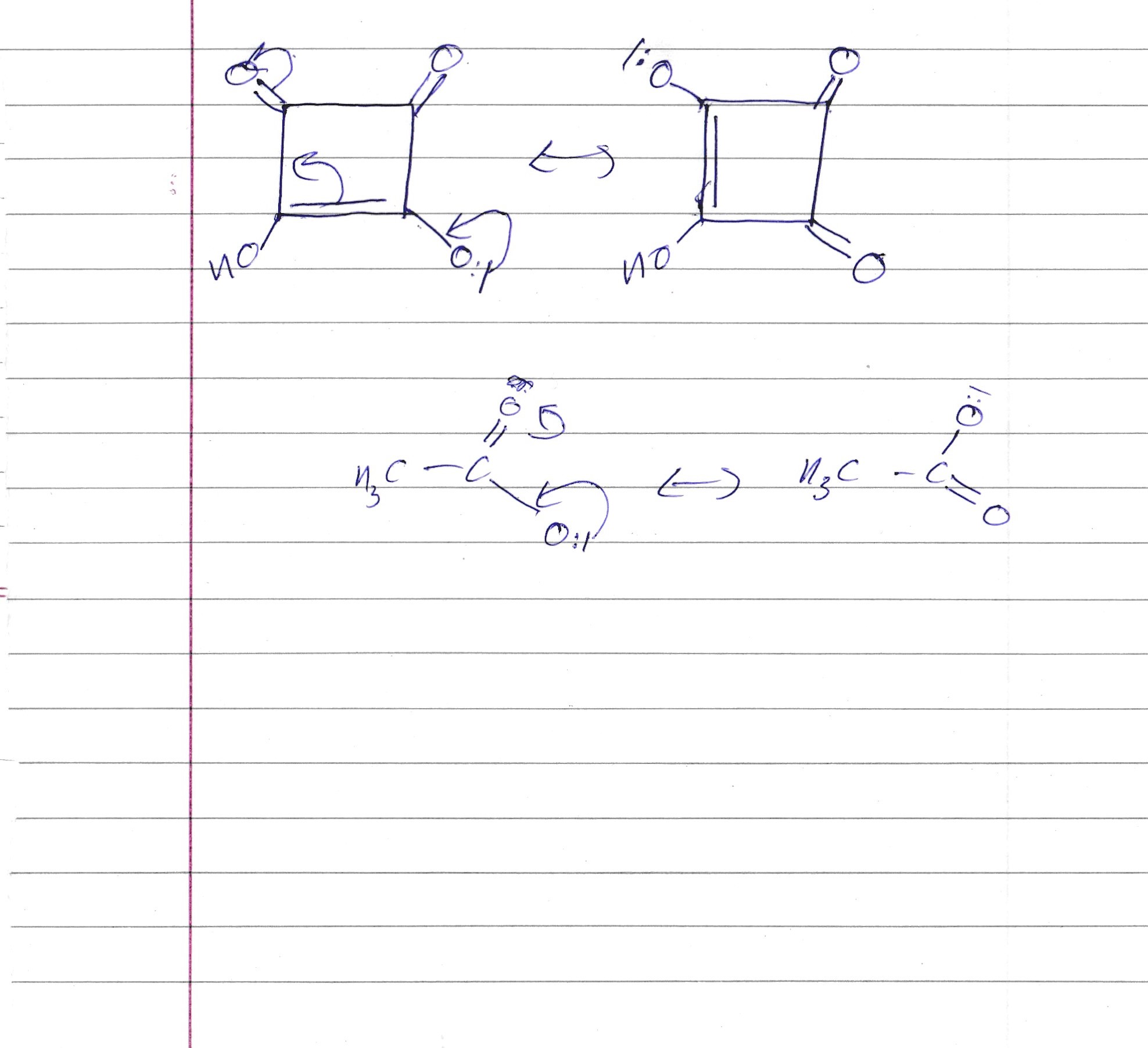 Finally, I want to know whether it would be more acidic that formic acid?

This molecule is commonly known as Squaric acid. The Wikipedia entry gives the possible resonance structures of the conjugate base (added here for convenience):

You can see that there are four possible resonance structures for the conjugate base, resulting from the proximity of two ketone groups and two hydroxyl groups around the ring. This proximity allows movement of electrons around the square ring and between the ring and each oxygen atom.

On the other hand, acetic acid (or rather, the conjugate acetate anion) has only two resonance structures, as seen here: