What is the logic behind complex splitting?

Like, on a superficial level I know that due to different coupling constant value complex splitting follows a different rule than when splitting involves same hydrogen neighbors. But I don’t understand why and how complex splitting occurs at a intuitive level. Like in complex splitting, is the magnetic moment from the two different neighboring hydrogen adding or subtracting together to affect nmr peak of one of the peak? Is that what’s happening?

Spin coupled nuclei are affected by the spin states of their coupled partners. That is to say, they can detect whether their spin coupled partner is spin up or spin down (for spin 1/2 nuclei), and the energy level transitions are different, depending on whether that other spin is up or down. If a nucleus is coupled to more than one spin, it is affected by the spin state of each of those nuclei. 'Complex' coupling or splitting is a qualitative term used to describe first order couplings that involve more than two coupled nuclei. They can easily be described using standard splitting diagrams.

Consider the example below for the spin system AMX 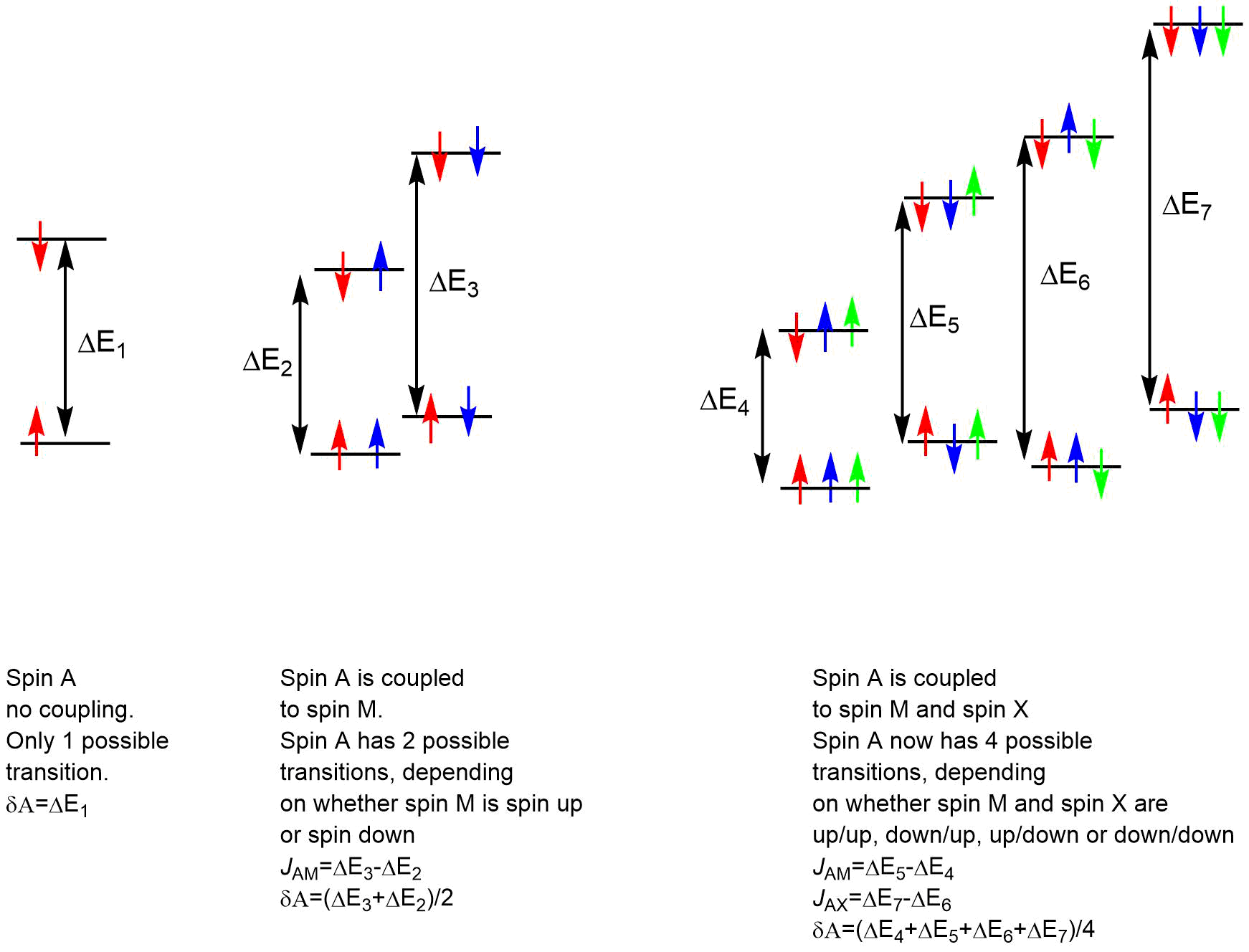 In the absence of any spin coupling, spin A will appear as a singlet - it has only one energy level transtion available. If it is coupled to spin M, the energy levels of spin A will depend on whether spin M is up or down, and so there are two non-equivalent energy level transitons possible for spin, different in energy determined by the magnitude of the coupling constant. Now, if Spin A is coupled to M AND X, then each of the combinations of the AM transitions will also depend on the spin state of X, and so each of the AM transitions will also have two possible transtions - a total of 4 lines, or what we would call a doublet of doublets.

A useful reference for interpreting complicated, but first order, splitting patterns is by Hoye: