Why is the chemical formula for vinegar CH3COOH what it is? [duplicate]

I am quite new to chemistry, but I would like to think that I have mastered the basics. This would include naming and writing out chemical formulas. However, once I had seen the formula for vinegar ($\ce{CH3COOH}$), I was bewildered.

It would have made sense to me that the formula would be more, say, "compacted" into just $\ce{C2H4O2}$. What is the reasoning behind this odd way of writing such formulas and when should I use it (it seems like this could be a huge gap in my knowledge)

CH3COOH is an accepted and common form of writing the structure of acetic acid (commonly known as vinegar when diluted in water). You are right in saying the formal notation should be used - which is C2H4O2 - since it gives the reader the types of atoms and their quantities, and these two characteristics define the exact composition of the molecule, and there's nothing wrong with that.

However, the notation CH3COOH takes you one step further and tells you something about the actual structure of the molecule, since it groups together the atoms that comprise a functional group, and a very important one at that. Grouping together COOH is an accepted and convenient form of communicating to the reader: "there is a carboxylic group here", or "this molecule is actually a carboxylic acid", which is something you'd like to know when dealing with a certain substance.

To summarize, C2H4O2 can be the molecular structure for acetic acid or formate (formic ester, as mentioned in another answer). In order to avoid confusion and, more importantly, indicate that there is a carboxylic group in the molecule, it is more convenient and straightforward to note it in the formula than letting readers figure it out themselves. 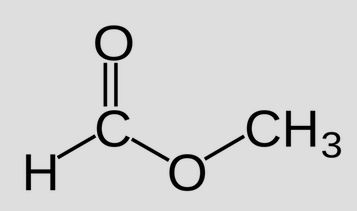 To avoid the confusion formulas like $\ce{CH3COOH}$ are used.

The short answer is that CH3COOH indicates (by convention) that this compound has both a methyl group and a carboxylic acid group. (The group COOH is generally understood to be the C(O)OH group or C(=O)OH where the double bond "=" and the parentheses are implied.) Note that the organic acid in vinegar is acetic acid, but acetic acid is NOT vinegar!!! Vinegar is an aqueous mixture, not a chemical compound, vinegar is biologically derived and generally includes hundreds of other chemical compounds. As far as the basics of chemistry, no you haven't mastered them. Consider the difference between red phosphorus and white phosphorus. White phosphorus ignites at 30°C, red at 300°C. Or consider graphite, buckyballs, diamond, and graphene - all are "just" carbon, but their properties vary enormously. You haven't identified a chemical compound until you know both its atomic formula AND the bonding between its atoms. The common example is dimethyl ether H3C-O-CH3 and ethyl alcohol CH3CH2OH. Their atomic formula is identical, but one is a gas, and the other is a liquid (at STP). One is fermented in our guts and the other is used as a propellant for aerosol cans. To say that vinegar "is" acetic acid is like saying beer "is" ethyl alcohol.

Not the answer you're looking for? Browse other questions tagged organic-chemistry nomenclature molecular-structure covalent-compounds or ask your own question.

16
Which one is the best notation for sodium acetate
0
Can CH3COOH be written as C2H4O2?