Lennard-Jones diagram - what is on the x-axis?

I have a Lennard-Jones diagram here where I can't figure out, what is on the x-axis. 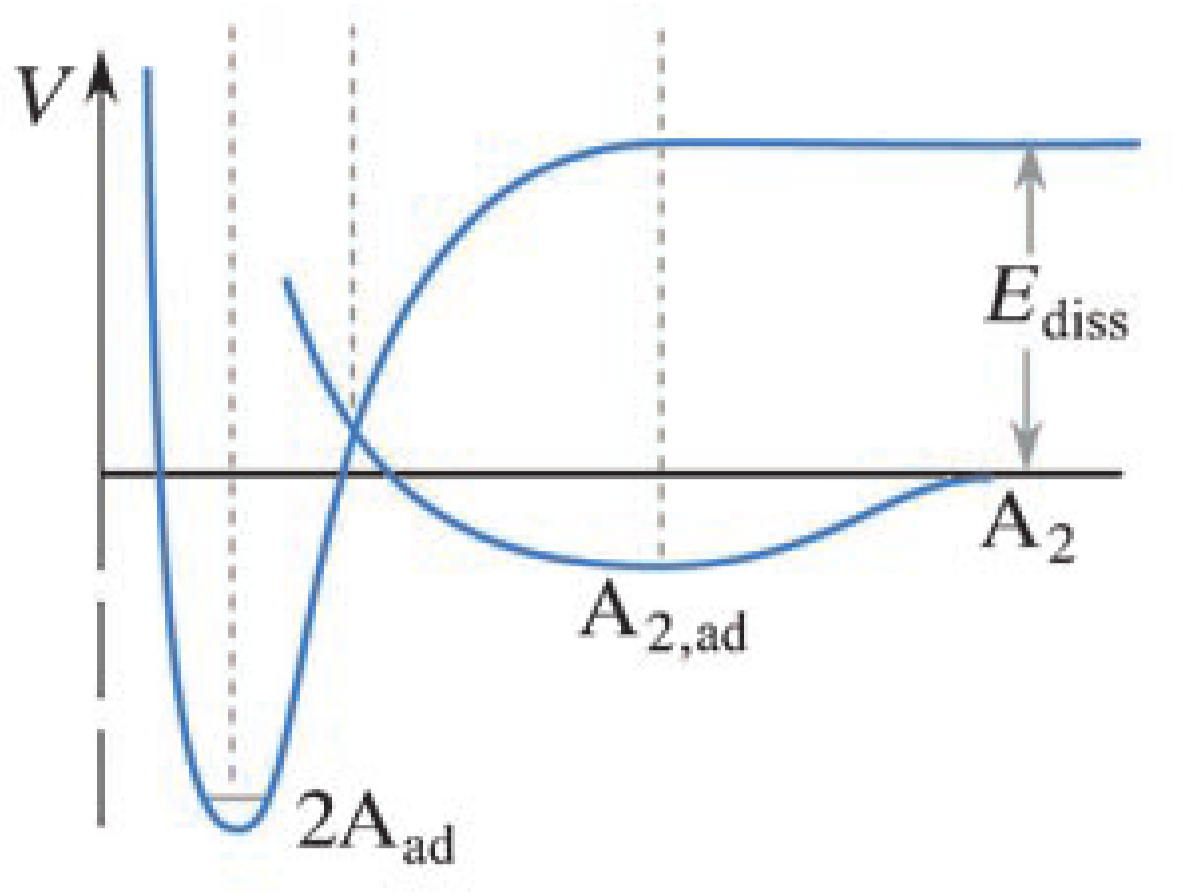 We are looking at a diagram for a molecule $\mathrm A_2$ composed of two $\mathrm A$ atoms that comes into close contact with a surface.

This was just an explanation of the graph. My question is, how I should understand the horizontal dimension here - the x-axis. On a google search many diagrams pop up, but never with the dissociation included. Many of those as well as the Wikipedia article about Lennard-Jones potential show the x-axis as a distance between atoms - the interatomic distance $r$.

I cannot make sense of that on the diagram I am showing above. The distance between atoms should be smaller for the molecule than for the seperated atoms. What is on the x-axis in this case?

19
What is the difference between physical and chemical bonds?
11
What actually is the Wavefunction?
1
How does the Lennard-Jones potential relate to energy?
6
What advantage is there in reporting the Lennard-Jones well depth in wavenumber units?
4
How to know which ionic compound have the highest lattice energy without knowing the values of the radii?
1
What does "atoms make no compromises" mean?