Is this what an orbital means? 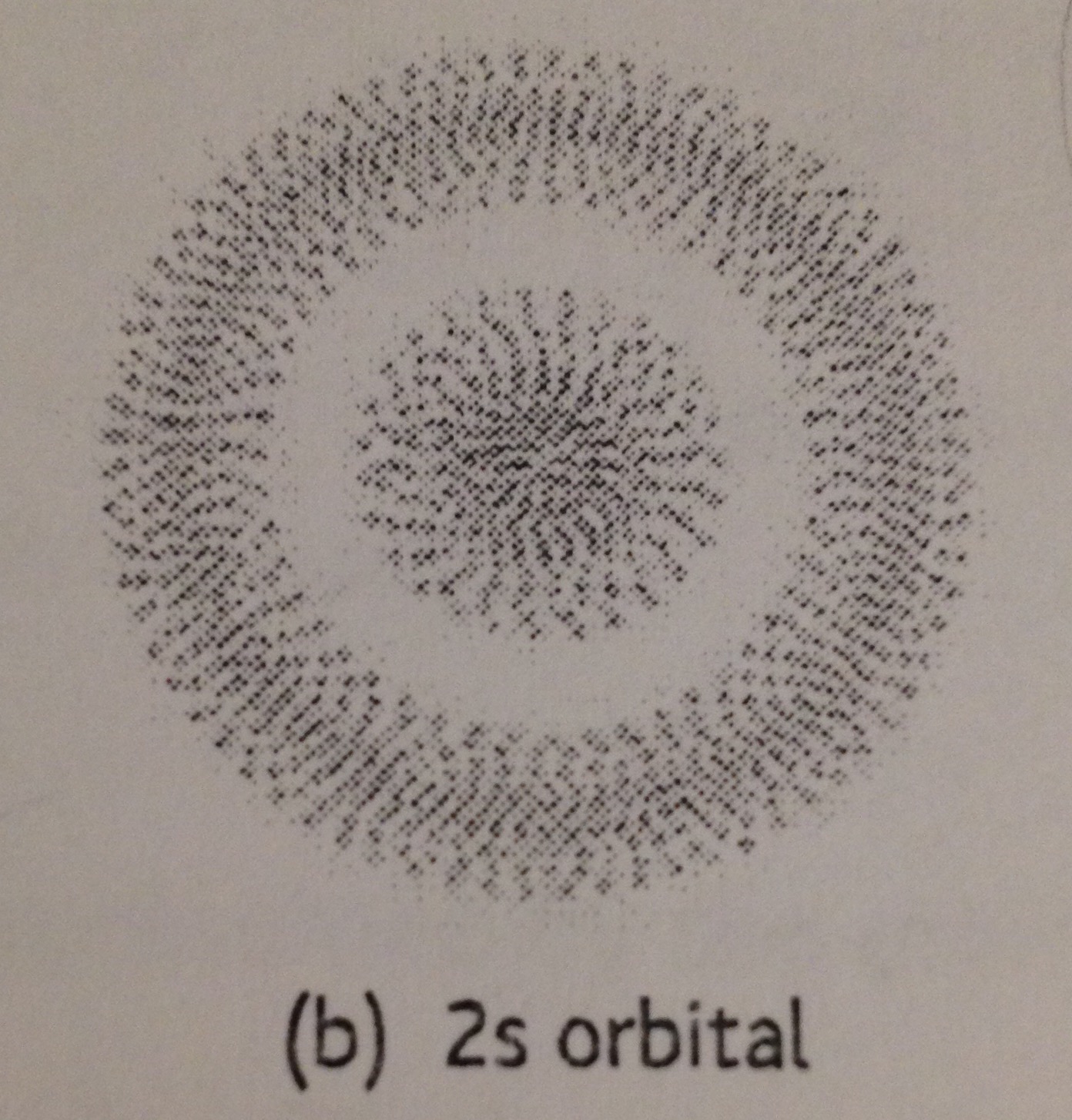 This picture is quite bad, since there are patterns inside the gray areas which shouldn't be there but the gray areas are the orbitals. You could think of it like writing down the position of an electron over and over again and every dot is a position where you found the electron. More dots means it was in that area more often (=higher probability of finding it there).

An electron, theoretically, can be everywhere except the nodes. So an electron from an atom right in front of you could be lightyears away. The chance is very, very, very low for that to happen but it is possible. So for having a 100% chance of finding the electron you have to look in the whole universe, of course it has to be somewhere. That's not very useful at all, since every electrons can be found somewhere in the universe so we don't work with 100% chance but rather with 95% ( or 99% or 99.9%,..) since that's already a probability of finding the electron very, very close to the core of the atom and it is there most of the time.

That is not a $1s$ orbital and a $2s$ orbital, the two together make up the $2s$ orbital. If you take a look at the radial distribution function versus atomic distance for a $2s$ orbital, you'll see that there are two peaks and a node between them. 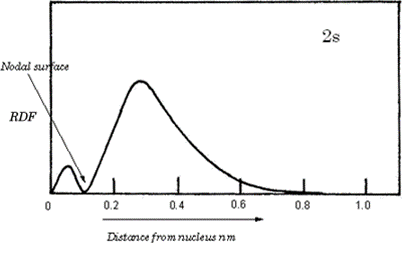 The graphic you presented is (rather poorly) illustrating the above graph of the RDF, with darkness corresponding to the magnitude of the RDF at a given radius. It's useless to try and cut it up so cleanly, though. Electrons don't orbit the nucleus in a well-defined path like the planets orbit the sun—they can be literally anywhere except the node. The only 100% chance of finding an electron in an orbital is by integrating over all space (from center of the nucleus to infinity, in all directions).

The orbital is not where the electron is most likely to be found, it is the region of space that it occupies as described by a mathematical function (its wave equation). In order to understand why we treat quantum mechanics the way we do, I would strongly recommend reading up on the the uncertainty principle as well as wave-particle duality (though work through the math you'll need integral calculus, linear algebra, differential equations, and some probability theory). In essence, we can't really know everything about electrons for sure, but what we can know is the probability that they are a certain way at any given time.

Not the answer you're looking for? Browse other questions tagged physical-chemistry quantum-chemistry orbitals or ask your own question.

5
Is there any difference between a completely filled orbital and an half-filled one?
3
What are the physical manifestations of radial nodes?
3
Precise definition of atomic orbital
1
Why is the probability of finding an electron in an orbital not 100 %?
2
Identifying orbital given electron probability density plot
2
Confusion regarding $\delta$ charge compared with electronegativity