During the decomposition of sodium bicarbonate lab, the mass of the final solid I received was less than expected. Errors?

The lab procedure that my class used can be found in the photo attachment.

The purpose of the lab was to determine the equation for the decomposition of sodium bicarbonate. The two possible equations were:

I know that this is caused by the mass of product I produced which was 0.716 grams rather than the expected expected 1.187 grams. However, what I do not understand is what errors could have potentially lead to this less than expected mass? 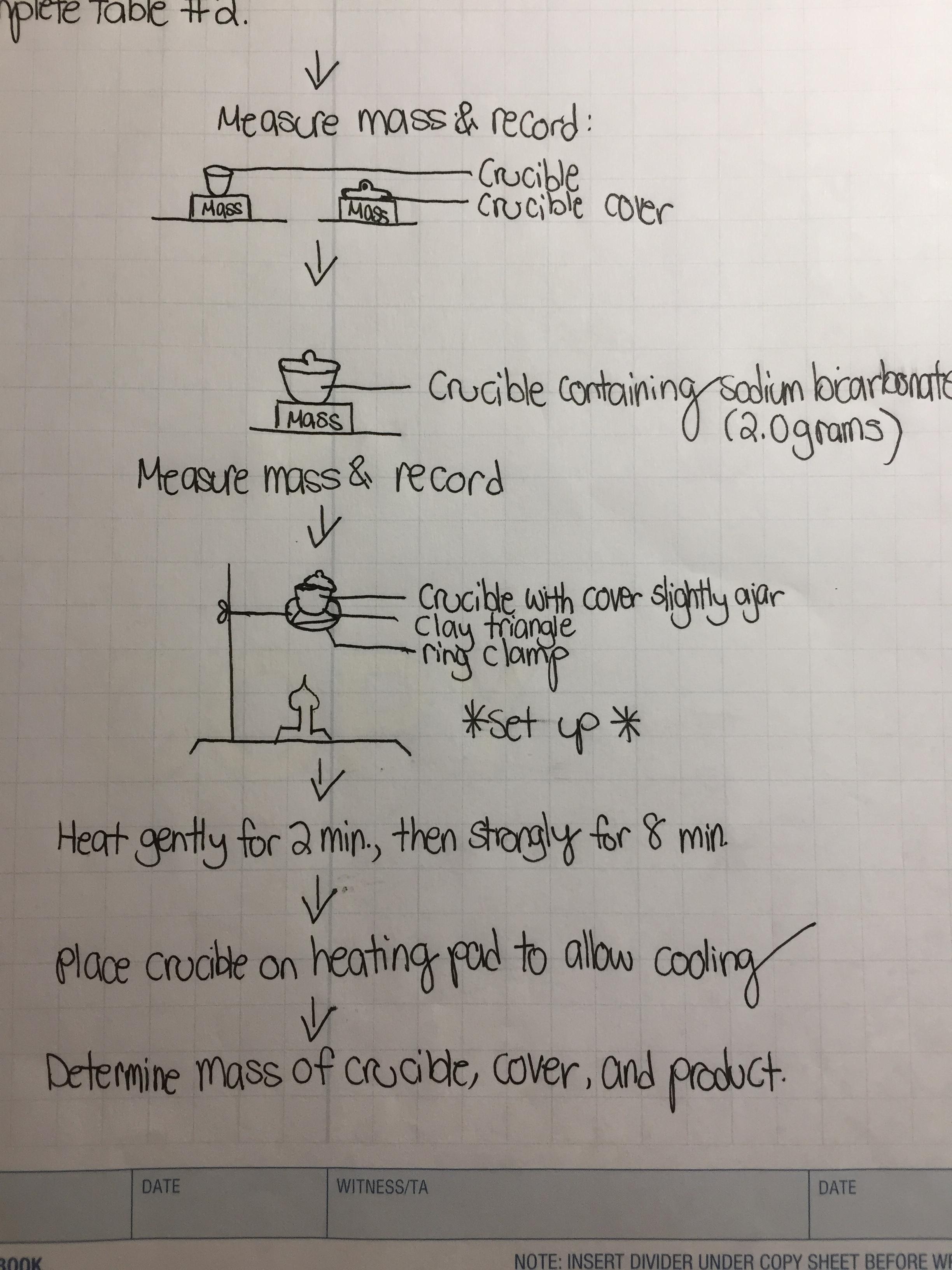 So now you're faced with a decision. You can either:

If you take the first route, I'm sure we can come up with some convincing explanations. Maybe your starting sodium bicarbonate contained water (so it wasn't 100% pure) and that water was driven off in the heating. Maybe you spilled some as you put it in the crucible. Maybe some of the mixture in the crucible splashed out during the reaction. Maybe you read the scale wrong. Maybe there is another reaction that also happens, perhaps involving the air, or the crucible, or the gas from the bunsen burner.

But I think it would be much more honest to report your result as it actually happened. Your data supports the hypothesis that the sodium bicarbonate decomposed to sodium oxide. In fact, the agreement with that hypothesis is quite strong, and the agreement with the supposedly correct hypothesis is terrible. It could be that this is due to an error you made... or maybe the stupid sodium bicarbonate didn't get the memo that, according to the teacher (or the text or Wikipedia or whatever), it was supposed to decompose to sodium carbonate, so it just went ahead and decomposed all the way to sodium oxide.

I realize you're probably worried about being marked down on your lab report because you came to the "wrong" conclusion. Any decent teacher, though, would give you much more credit for correctly interpreting your data and coming to a conclusion based on the data, even if it's wrong, than for massaging your data to support a preconceived hypothesis.

The reactions would be better written as:

Not the answer you're looking for? Browse other questions tagged stoichiometry or ask your own question.

3
Finding the percent of calcium carbonate in commercial antacid by using back titration
1
Is there a method for finding the net-ionic equation?
3
How to find the molar mass of an unknown metal carbonate through a gas evolution reaction?
1
How do I do stoichiometry for 2 limiting reactants
2
Dissolution of iron(III) hydroxide
0
Stoichiometric calculation of composition of a compound