What is the keto form of a hexahydroxybenzene?

159. The keto isomer of the following compound is: 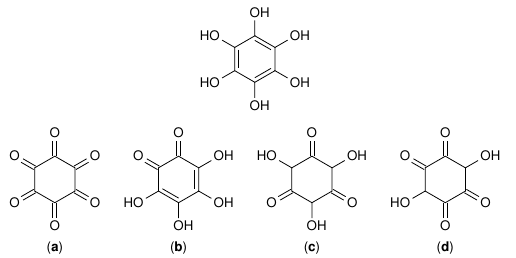 The answer has been given as (c). I cannot seem to understand why is it not possible for the keto form to only have one OH convert into keto form shown below:

The question is badly phrased because it uses the term ‘the keto form’, implying that there be only one. In the case of hexahydroxybenzene, you are correct in that there is a monoketo form, at least two different diketo forms and potentially even more triketo forms.

All of these polyketo forms are created in the same way as the monoketo form except you do the isomerisation multiple times. So one way of arriving at the answer would be to check whether you can get to any of those molecules by tautomerising the hexahydroxy form often enough.

It may, however, be easier to think in the other direction, i.e. which ketones can I tautomerise to give a fully aromatic ring. Obviously, as your monoketo example shows, a ketone needs an α-hydrogen atom, so a) and b) cannot tautomerise at all and d) can tautomerise only twice, not three times. Upon careful examination of c) you should be able to realise that this can tautomerise three times to give hexahydroxybenzene.

Entirely out of scope of the textbook question is whether this tautomerisation is probable. None of the keto forms provides any advantage over the hexa-ol isomer in no solvent. We cannot argue with better hydrogen bonding and we cannot argue with polarity (both would favour the hexa-ol in all environments I can think of). Thus, the question in itself is somewhat academic. Yet it remains helpful to see how to get from polyketo to poly-ol forms and back.

The Keto form given in the solution would be the one which is the most stable. The hydrogen of the Hydroxyl group form H bond with the O of the carbonyl group , making this type of structure highly stable. Of course other types of structures are possible and will surely exist , but this is the most likely and most stable form of it 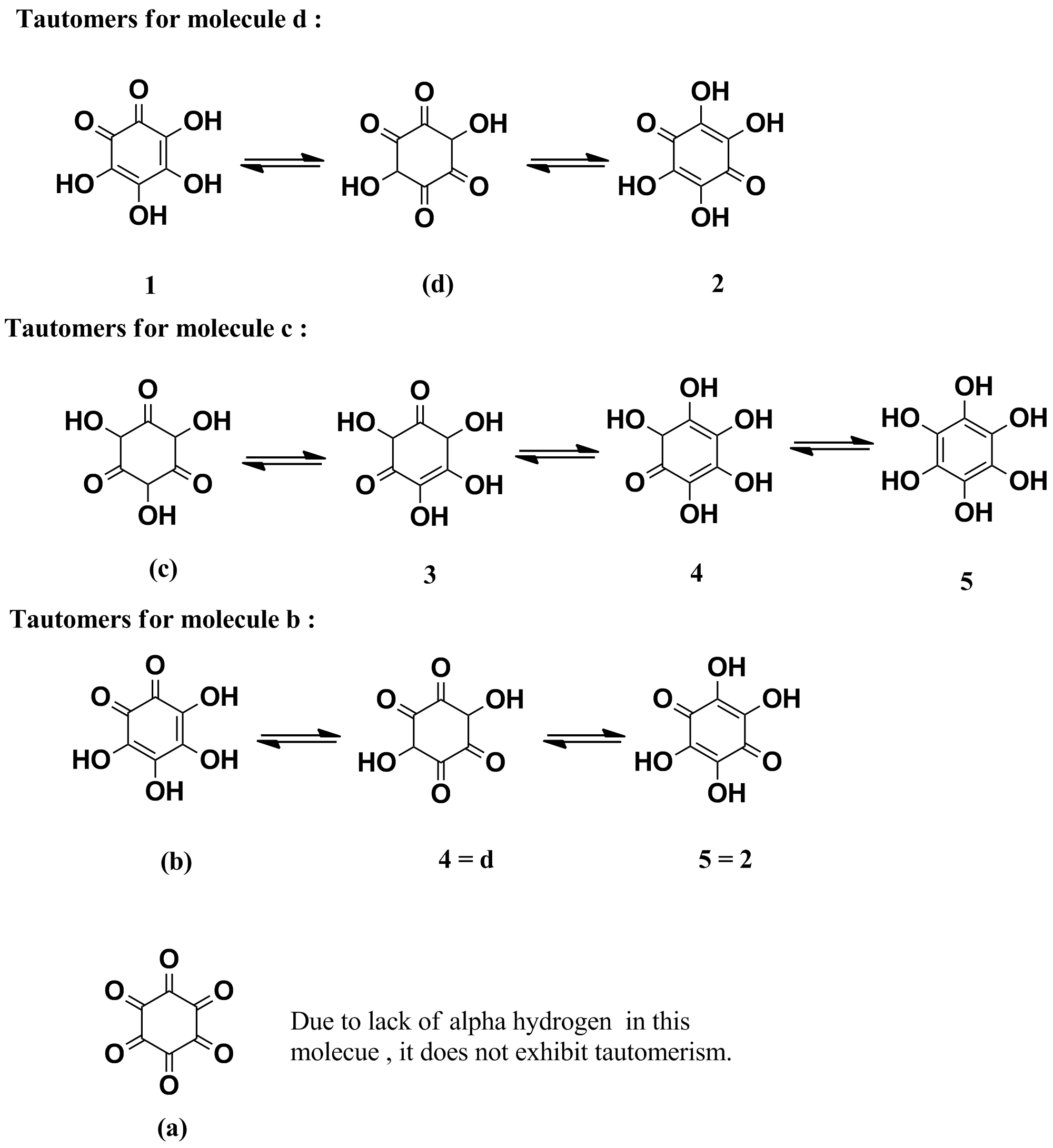 The question in its current form ONE KETO FOMRM implicitly implies a single form , while three keto forms are possible 4 , 3 and c.

Structure 4 can enolize to 3 since enol form 4 can tautomerise to keto form 3.Remember in keto enol tautomerism , equilibrium can be achieved from keto end and also enol end. Energetics would determine the extent of one form over the other.

Similarly structure 3 can enolize to structure (c) or 4. Tautomers are isomers that differ by the location of a proton and a pi bond. These are reactions that can occur in acid or in base.

In structure 4 , since both enol and keto forms exist ,tautomerism leads to different structures, Only a single structure is not possible.