My chemistry textbook says that hydroxypropane-2-one and 1,2-epoxy-2-hydroxypropane are ring chain tautomers, but it did not mention the steps for conversion of one into the other. I tried to figure them out but got stuck.

At first, even though this is not related to the question, I want to say that you're confused between double-headed arrow between the two resonance forms and double harpoon in reversible reactions. (The harpoons should be written as below.)

Your incomplete mechanism has two errors:

This is the right mechanism for the reaction:

Step 1: Oxygen is a good nucleophile, so it is most likely to take the most acidic hydrogen.
Step 2: Then, the negative charged oxygen will attack the electrophile carbon atom, forming epoxy ring.

Starting from the aldehyde, 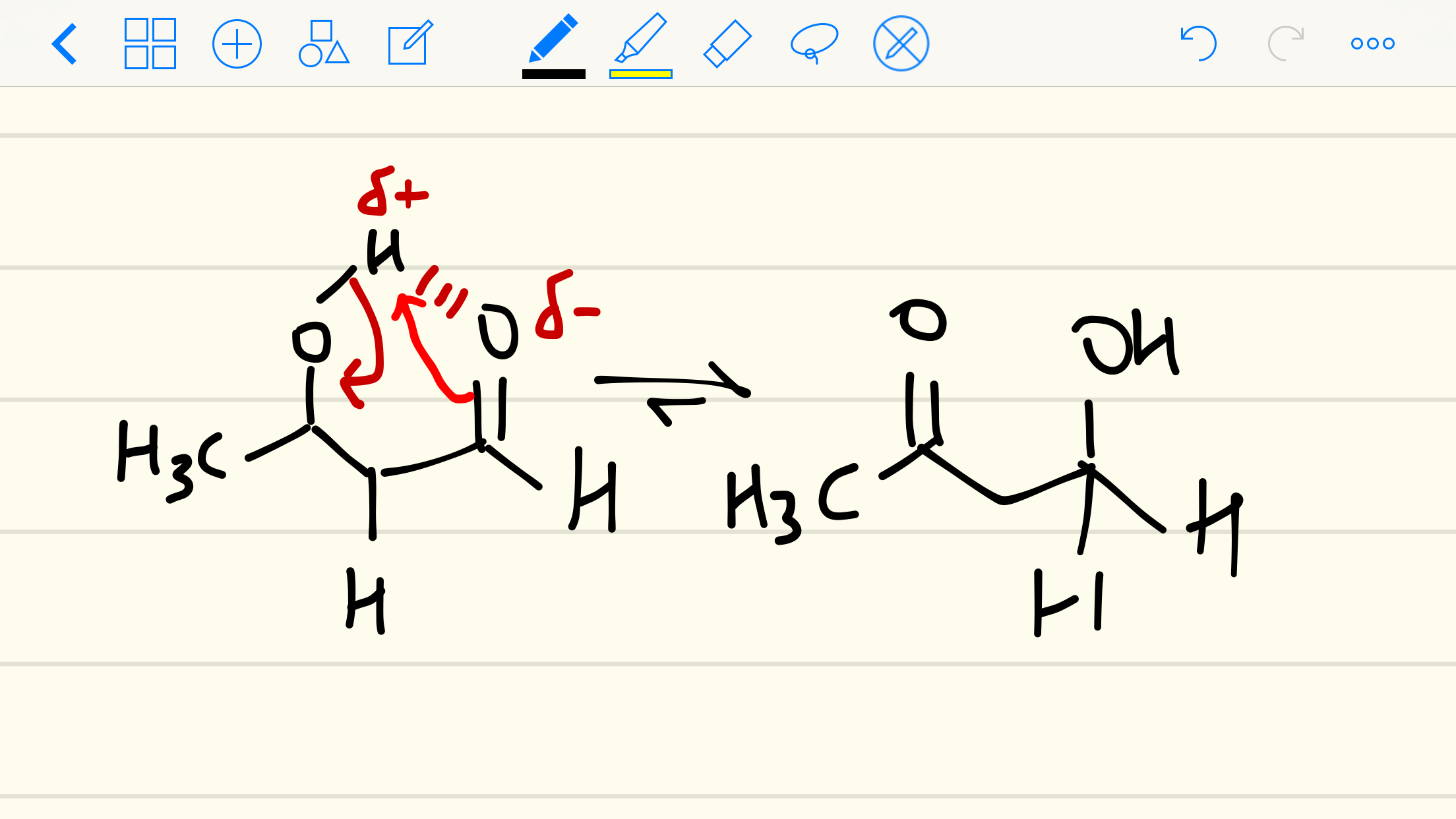 The double bond of the aldehyde breaks, allowing the oxygen to bond with the H in the alcohol. The alcohol subsequently breaks the O-H and forms a ketone.

Note that this molecule is stabilised due to hydrogen bonding; therefore it may be prudent to add a base or acid to encourage tautomerization.

50
Regioselectivity of acid-catalyzed ring-opening of epoxides
4
How do I convert benzoic acid to m-nitrobenzyl alcohol using 2 steps?
13
What's the mechanism of the reaction of (E)-methyl 3-(furan-2-yl)acrylate in acidic methanol?
13
Can the amount of shielding in proton NMR caused by ring currents be predicted?
5
What is the parent chain in a hydrocarbon with two different rings?
6
Bromination of a benzene based molecule
4
Method for regioselective hydroalkylation of terminal alkyne
0
Hydride shift and Ring Expansion