Coordination geometry: why is of Cu(acac)2 square planar?

Why is $\ce{Cu(acac)2}$ square planar, whereas $\ce{Al(acac)3}$ and $\ce{Fe(acac)3}$ form octahedral complexes? I see how a similar argument to $\ce{Pt}$ complexes would apply, i.e. with $\mathrm{d^9}$, there is only one electron that goes in the very destabilised $2\mathrm{b_{1g}}$ (corresponding to $\mathrm{d}_{x^2-y^2}$) in the square-planar orbital splitting, whereas the rest is preferentially stabilised. However, there are many examples of Cu(II) forming octahedral compounds, in which acac would still bridge only $90^\circ$. Is this something to do with the acac ligands being (pseudo-)aromatic?

With bidentate ligands of the form $\ce{LL'}$, it is difficult to force triple coordination to a copper(II) centre. I don't have data for acac offhand, but I have some data for en binding to Cu. (Source: some past exam question somewhere.)

The exact numbers don't matter; only the trend does. (Which is why I'm lazy to find a better source.) The binding of the third ligand, which would necessitate coordination at the axial position, is very weak. To get to a $\ce{[Cu(acac)3]}$ complex, you would have to either 1) adopt a perfect octahedral environment and sacrifice the electronic stabilisation from the Jahn-Teller distortion; or 2) stretch two of the acac ligands to a longer length than they would like to be.

Here's a diagram from my notes. 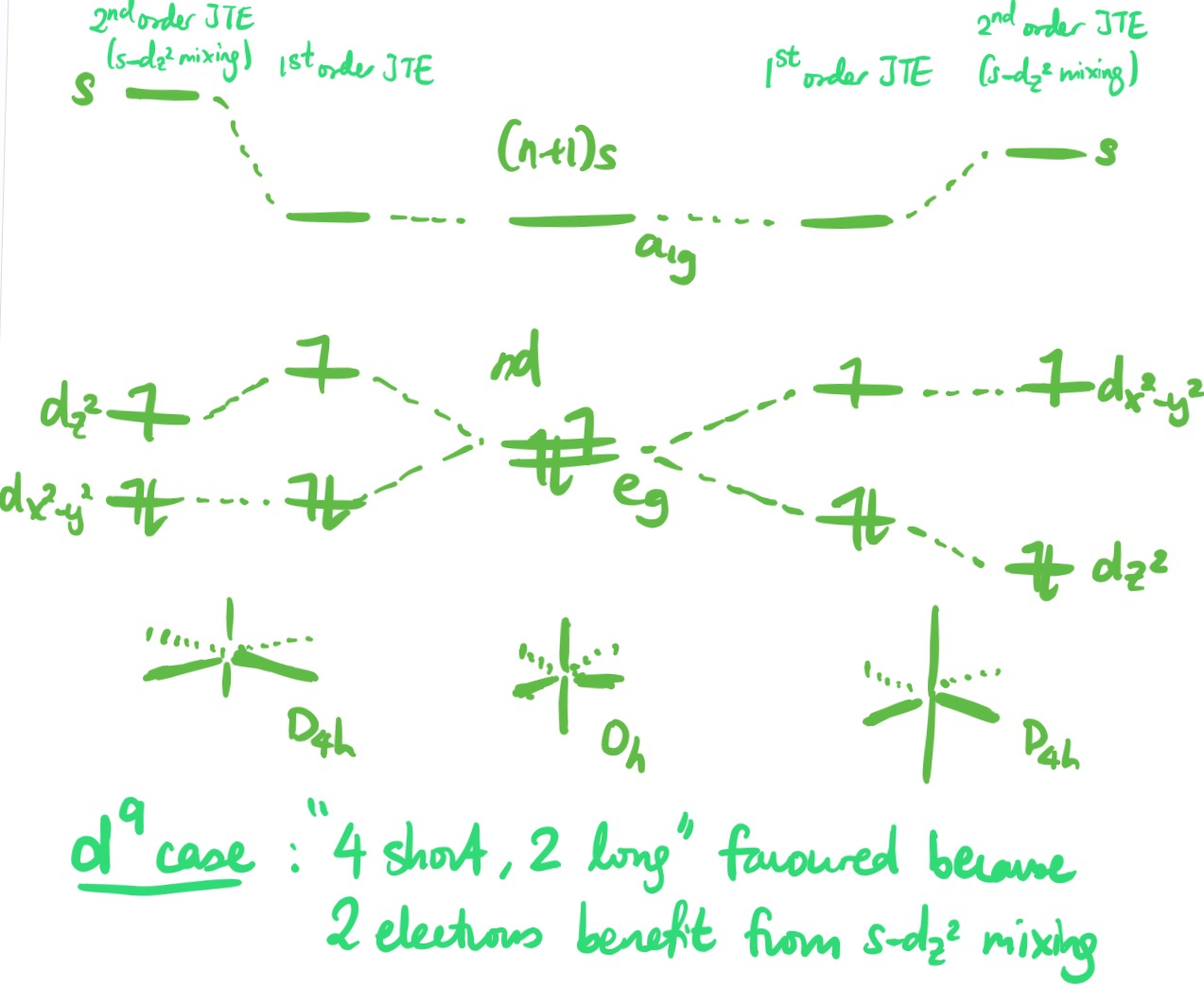