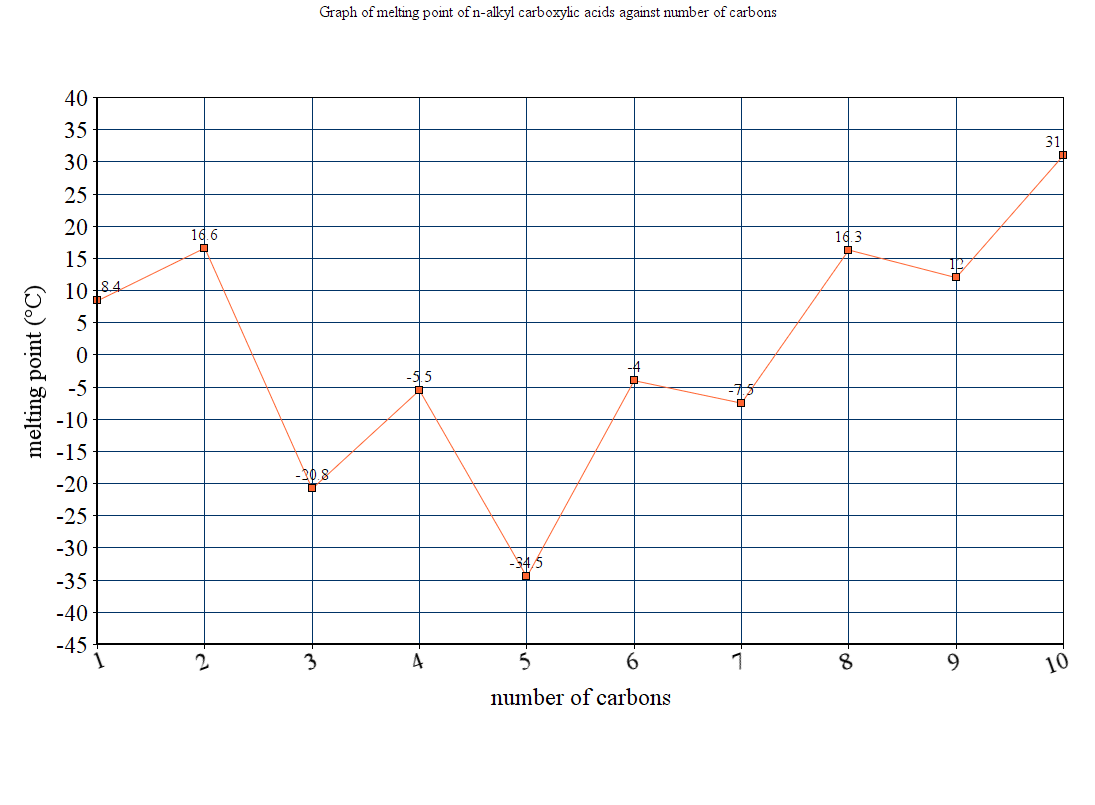 Is there any trend here at all? This seems very chaotic as a trend.

My guess without looking at any literature:

Thus, changing from H and Me where there is virtually no +I effect from the chain, to Et, Pr, Bu where the +I effect of the chain decreases the melting point, as the hydrogen bonds get weaker, as the COOH groups are less acidic.

Further increasing the chain length after hexyl does not really lead to any additional +I effects on the COOH group that is now far away. Thus, the melting point increases as there are additional van der Waals interactions between the longer chains.

Then there seems to be a factor that makes crystals of odd chains more favorable.

Not the answer you're looking for? Browse other questions tagged organic-chemistry melting-point or ask your own question.

0
Why there is not a consistent pattern between the carbon chain length and the melting point of fatty acids?
15
Why alkanes containing even number of carbons can be packed more efficiently than alkanes with odd number of carbon atoms?