Bromination of hexene in presence of UV light or heat 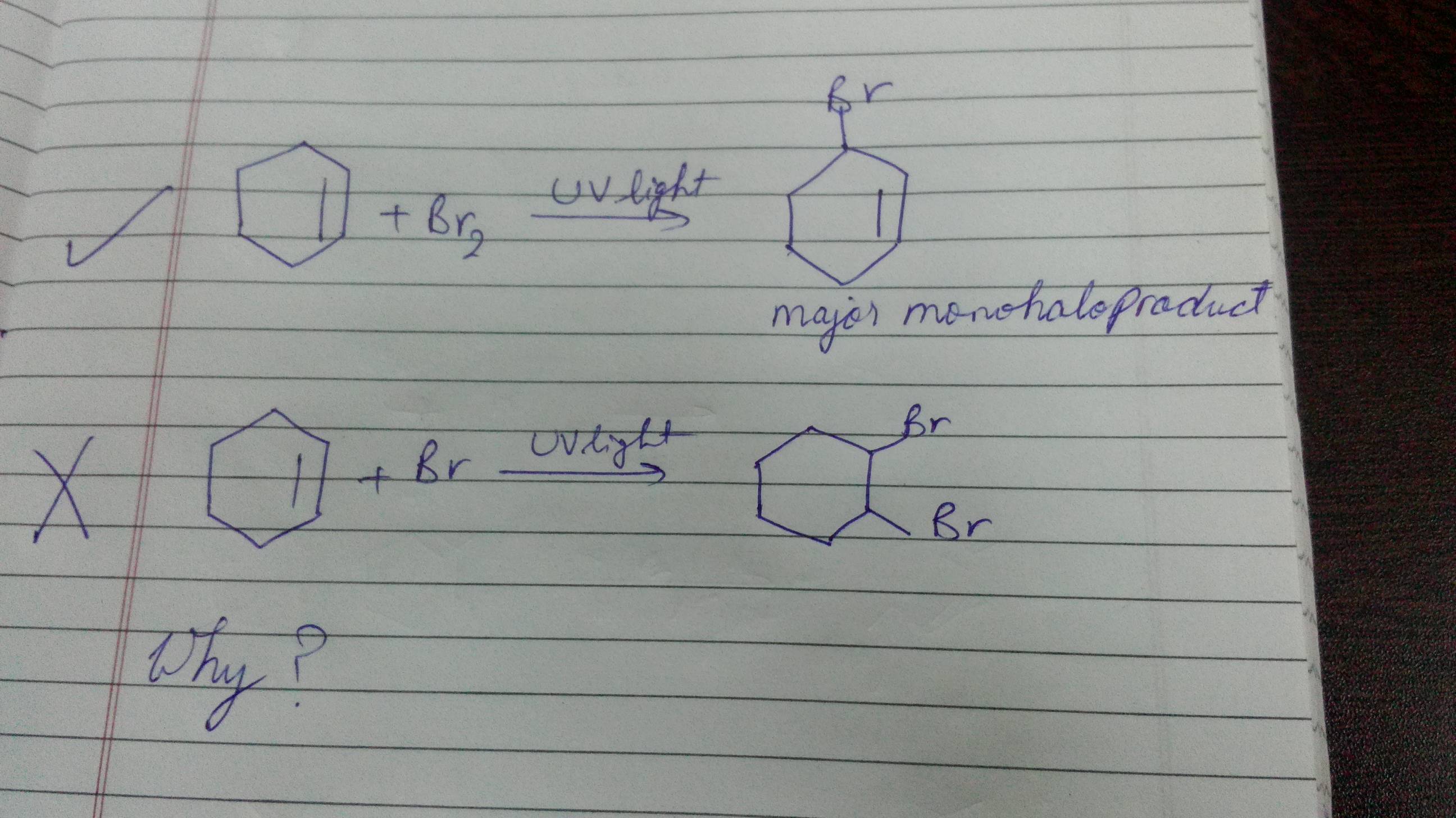 The reaction between hexene and bromine in presence of light gives 3-bromocyclohexene. Why is 1,2-dibromocyclohexane not formed instead?

Both products are formed although 3-bromocyclohexene is the major product.

The formation of 3-bromocyclohexene is an example of substitution of alkanes, which require the free-radical mechanism:

In the first step of the upper mechanism, which is also the rate-determining step, a stable allyl radical is generated, which is stabilized by resonance:

As a result, the activation energy of the first step is significantly lowered.

Individual bromine radicals are not electrophilic enough to attack the double bond in the cyclohexene, so the formation of 1,2-dibromocyclohexane requires the ions mechanism, typical for addition reactions (the lower mechanism in the following diagram).

PS: Many people think that addition reaction is very fast. It is only true in water, where the bromine ion is stabilized by solvation in water.

Disclaimer: The mechanism I used for the addition reaction probably contradicts with your book. However, it does not matter. The point is that an ion is formed which makes the activation energy high.

5
Bromination of cyclohexene
3
Bromination Pathways with alkane, alkene, and alkyne substrates
1
Carbon decrease from 1-octyne to 1-hexene
6
Bromination of alkenes
2
Confirming the presence of 4-bromoacetanilide during bromination of acetanilide
8
Bromonium ion or Mesomeric effect ( intermediate during addition to alkenes)