How to draw Fischer projections for carbon chain having more than two carbons?

How can we draw Fischer projections for one-five carbon compounds?

For example, say we have pentane-2,3,4-triol ($\ce{CH3-CHOH-CHOH-CHOH-CH3}$; image below). With wedge and dash structure, the alcohol group is below the plane for the 2nd and 4th carbons but above if for the 3rd carbon. How can we draw the Fischer projection of this compound?

I read an extract from the chapter about carbohydrates in Solomon's book (10th edition) but only understood partially how to draw Fischer projections as it is given very briefly. Also, a brief introduction is given in chapter 5 but it is for two-carbon compounds only.

I have tried a lot but cannot understand how to construct it or what are the conventions on which they are made. Apparently, the web doesn't describe Fischer projections in a very detailed way probably because they are generally only used in biochemistry.

The first things to note when drawing Fischer projections are the general rules for drawing them. The first general rule concerns the choices of ‘top’ and ‘bottom’ while the second concerns how each cross is interpreted.

Figure 1: How stereochemical information is encoded in Fischer projections.

You compound presents a problem according to these rules as there is no most oxidised carbon. Rather, all three carbons 2, 3 and 4 are in the oxidation state $\pm 0$ while the two terminal ones are both $\mathrm{-III}$. To ease this limitation, I am going to discuss the Fischer projection with the related molecule shown in figure 2, which has one terminal carbon oxidised to a carboxylic acid breaking the tie.

Figure 2: L-5-deoxyribonic acid; a replacement molecule with the same stereochemistry on the central hydroxy groups.

For this molecule, it is clear that the acid should be put on top. Going down each bond, we need to rotate them until we have the longest chain in the vertical positions and pointing backwards (cf figure 1). I’ll let you use a modelling kit, pen and paper or your 3D viewing to perform the actual transformations; the final product you should end up with is the following in figure 3.

Figure 3: Fischer projection of the molecule in figure 2.

There should be little debate on the carboxylic acid; and whether the carbonyl group or the hydroxy group of it is pointing to the left does not matter; we can rotate around the $\ce{C{1}-C{2}}$ bond. To see the correct orientation of $\ce{C{2}}$ and $\ce{C{4}}$, you can take the skeletal formula from figure 2 and look from above; for $\ce{C{3}}$ you should be looking from below. We find that all hydroxy groups are pointing in the same direction; here: to the left. This means my molecule can be seen as a derivative of ribose; and since the lowest asymmetric carbon’s hydroxy group is pointing to the left, it derives from L-ribose.

Back to your molecule. Not only is the designation ambiguous (see above on the highest oxidation state) but it is also $C_\mathrm{s}$ symmetric, i.e. achiral. I have drawn your molecule along with its plane of symmetry (dashed) in figure 4.

We need to arbitrarily choose a ‘top’ carbon here. For reasons of consistency, let’s choose the one on the left that was an acid in the former structure (figure 2). This means, we have a very easy job of drawing the Fischer projection as we already did it. It is shown in figure 5. 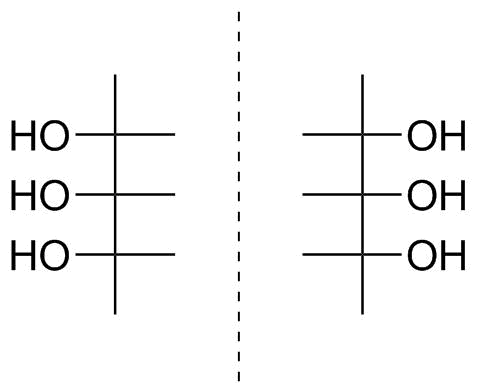 Figure 5: Fischer projection of the triol shown in figure 4.

We may be tempted to assign an L-configuration immediately but remember we realised that the molecule should have a plane of symmetry. Well, it does in the Fischer projection, too; the plane is horizontal and encloses the $\ce{HO-C-H}$ bonds of the central carbon atom. We can also turn around our piece of paper or PC screen and realise that we can thereby match it perfectly with its mirror image, shown in figure 5 to the right of the dashed mirror plane. Thereby we have twice shown that your molecule is achiral, that both a hydroxy group pointing to the left and to the right on the bottommost asymmetric carbon is possible and that therefore assigning a D/L stereodescriptor is meaningless.

1
How is this sugar classified as an aldose?
3
Absolute configuration in stereochemistry: R/S nomenclature
2
Fischer to Haworth projection: which carbon connects to the oxygen?
5
Determination of (R) and (S) configurations from a Haworth projection
13
Mismatch of plane of symmetry vs Gold Book's definition for a pseudochiral carbon
0
Fischer projections
3
Conversion of molecular structure into Fischer projection for compounds having more than two chiral carbons
6
In the absence of a physical model, how can I use free software to visualize stereochemistry?