Can a first degree carbocation form if a methyl shift is possible?

Is that even possible? 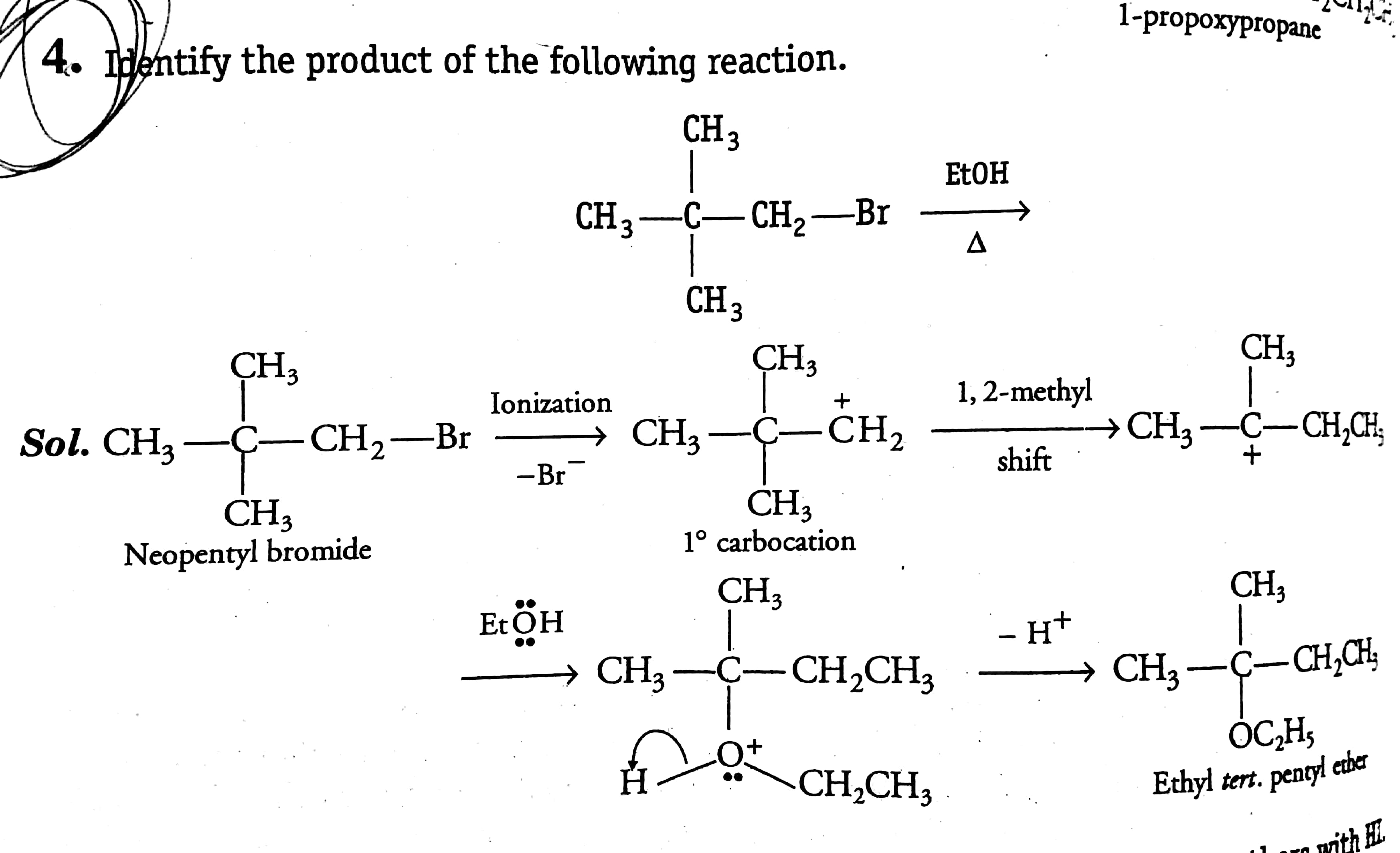 The cation is produced when a methyl group migrate from C-2 to C-1 as the C-Br bond is broken. The simultaneous migration of alkyl group and departure of leaving group to form a tertiary cation is therefore faster and more favourable than formation of primary cation due to simple loss of leaving group.

The products observed are those that result from further reaction of the so formed tertiary cation. The mechanism mentioned in the pic you've attached is incorrect, 1° carbocation intermediate is not formed at all.

P.S. Also, I'd like to quote some evidence I found for a very similar reaction of 1-bromo 2,2-dimethyl propane:

Above is the solvolysis reaction of 1-bromo 2,2-dimethyl propane.

Not the answer you're looking for? Browse other questions tagged organic-chemistry ions halides erratum or ask your own question.

0
Major form of methyl 3-hydroxy pent-2-enoate?
0
Orientation of halogenation
7
Can hydride shift and methyl shift happen one after another in a carbocation?
3
How to name the tautomers of hexane-2,4-dione correctly according to IUPAC rules?
7
Negative numbers for ionic radii?
7
Does RedP+HI reduce all carbon functional groups to alkane?
2
Are allylic three degree alcohols oxidized by the Jones' reagent via a classical carbocation intermediate?
6
Is it possible for the iodine atom in periodate ester to be octavalent?