Why do diacidic and triacidic alkalis dissociate in one step?

$\ce{Cu(OH)2}$ dissociates in water in one step as follows:

In most acids, even the strong acids, the bond to the acidic hydrogen atom is covalent (though frequently very polar). Thus, for acids, the more correct description of what happens in solution is ionization - a covalent bond is breaking heterolytically to form ions. The solvent is involved in solvating the proton, which is why we usually write $\ce{H3O+}$ for protons in water and not $\ce{H+}$.

Polyprotic acids ionize in separate steps because after the first ionization, the new species has a different strength covalent bond to break. Consider your example of sulfuric acid. Sulfuric acid is a strong acid that ionizes readily and (nearly) completely in water:

What evidence do we have for this step-wise ionization? We have titrations! If we add small volumes of a solution of a stong base (say $\ce{NaOH}$) of known concentration to a solution of sulfuric acid and monitor the pH, we can see two distinct equivalence points (the inflection points on the graph where the pH change is very large over a small volume of base added) corresponding to the two ionization events. However, because the first ionization of sulfuric acid is complete before the base is added, a titration curve of sulfuric acid will only show one equivalence point when two equivalents of base are added (though there is a blip at 1 equivalent). 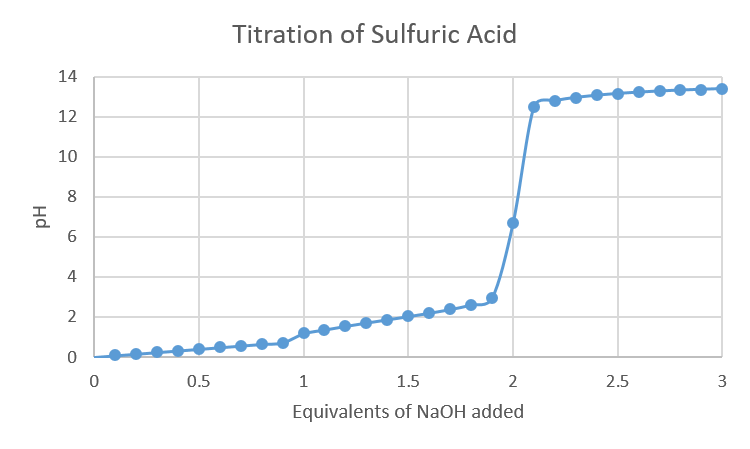 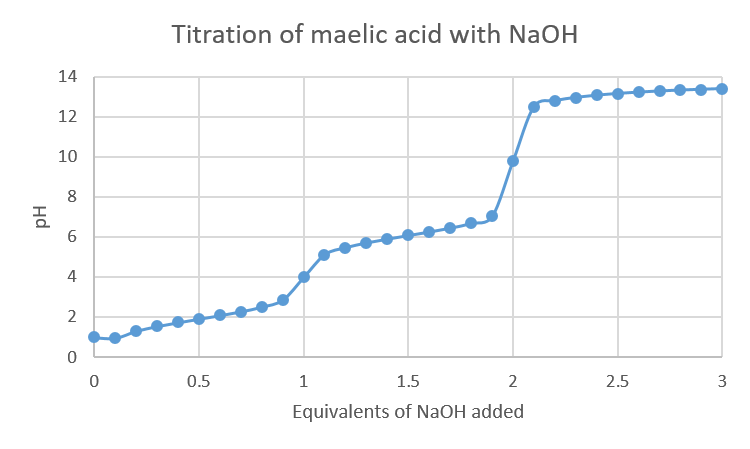 A titration curve for copper (II) hydroxide with a strong acid like hydrochloric acid would show only one equivalence point at two equivalents of acid: 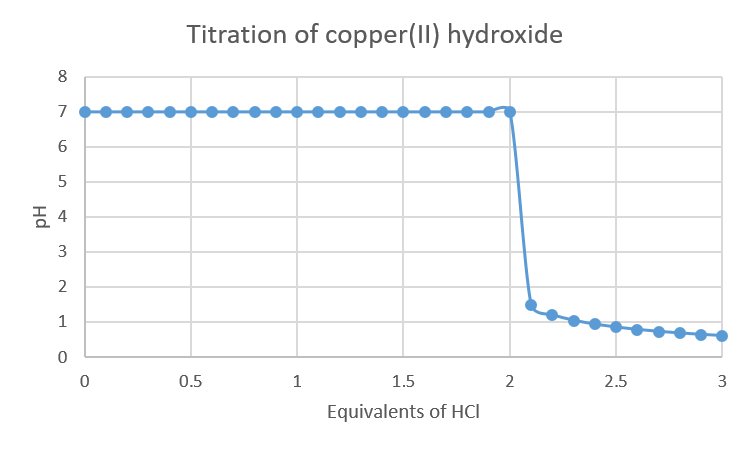 All ionic bases will behave similarly.

However, some bases are covalent and ionize by reacting with water:

If there was to be a base of this type that had two ionizable groups, we would see two equivalence points.

They most definitely do. The problem with bases is that most of the common ones that are soluble are monobasic, polybasic ones are usually insoluble and thus, the intermediate states are hard to detect.

Various polyamines that are polybases most definitely react step-by-step. However inorganic polybases often form insoluble basic salts and usually are insoluble themselves and thus partially dissociated forms in solution exist only in miniscle amounts in fast equilibrium with precipitate. And no, basic salts such as various $\ce{Cu(OH)_xCl_y}$ can't surve as a proof, since stability of solids is ruled by very different set of rules.

Furthermore, when an inorganic polybase dissociates incompletely it usually forms various polynuclear particles with potentially very complex structures. This buries any attempts to create a simple and neat picture. This chemistry is extremely complex, studied only a little and completely unsuited for introductory courses. So most such courses keep such chemistry in mind but pretend it does not exist.

18
How should the hydrated proton be represented in chemical equations?
8
How does H2SO4 dissociate?

1
Why is HSO4- shown as an example of a weak acid instead of HSO4?
3
Why do strong acids dissociate (almost) fully on a molecular level?
0
Confused about strong/weak dibasic and tribasic acids
2
Is this an exception to the rule that strong acids/bases always replace weak acids/bases?
2
Do Sulfuric Acid and Calcium Hydroxide Completely Neutralize One Another?
1
Why is the second acid dissociation constant for sulphuric acid much lower than the first in water?
0
Why is it that all strong bases contain at least one hydroxide bond?
8
How does H2SO4 dissociate?
2
Why do strong polyprotic acids not dissociate completely, whereas strong bases with multiple (OH)- groups do?