Why are halogens ortho para directing even though deactivating?

Halogens bonded to benzene ring has three lone pairs. These three electron pairs can cause resonance in benzene ring. But, halogens are also highly electronegative and thus they have strong -I effect. So, they are deactivating groups. But, why are they ortho para directing? 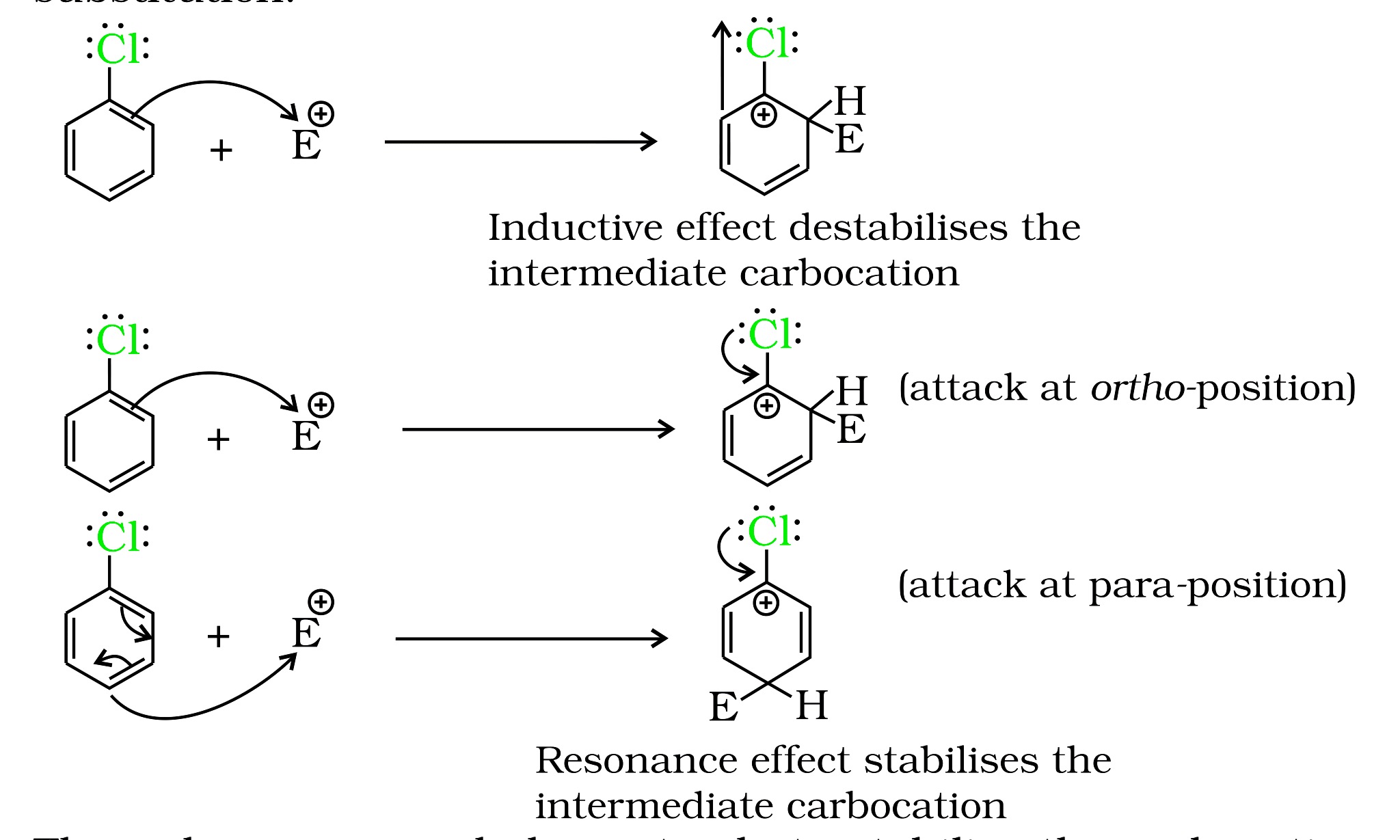 Firstly, halogen attached to a benzene ring is somewhat deactivating due to it's -I-effect, as a result it tends to withdraw the electrons from the benzene ring, making electrophilic substitution difficult. Next, due to resonance (as it has lone pair of electrons), there is an increase in electron density only at ortho and para positions with respect to the halogen. Hence, electron loving electrophile will be directed towards these positions. So, yes, they act as ortho and para directors.

3
Reaction between chlorobenzene and methyl chloride