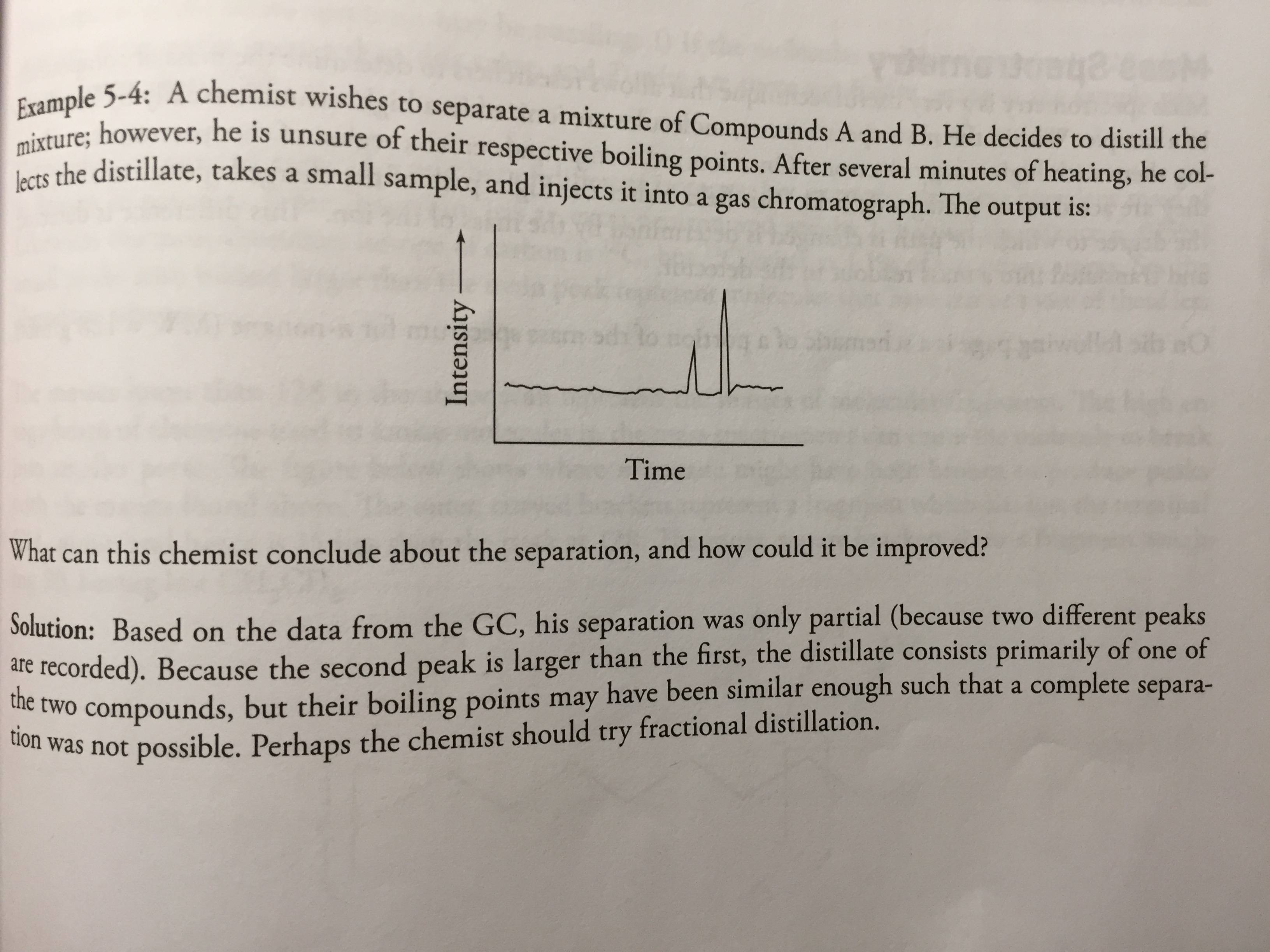 This is an example in a Princetown Review prep book. I am not understanding the statement "his separation was only partial (because two different peaks are recorded)." This is implying that Compounds A and B did not separate, but um... there were two peaks? Doesn't that imply that it was separated?

Unless there is a solvent peak? But I did a lot of Googling, and didn't find any indication that there should be a solvent peak under normal circumstances.

Why did the example say that the 2 compounds weren't separated despite the fact that there are 2 peaks?

The GC is the instrument used (in this case, although for very small amounts, there is no reason GC couldn't be used to separate materials - assuming collection after detection (via, say, refractive index - for obvious reasons flame ionization, etc. wouldn't be usable)) to determine if his primary separation technique was effective. It wasn't.

Not the answer you're looking for? Browse other questions tagged organic-chemistry experimental-chemistry chromatography or ask your own question.