Is palladium really that poisonous?

In Iron man 2, the protagonist Tony Stark was anxious about his blood toxicity due to palladium core that was keeping him alive was slowly poisoning his blood. It is written here that:

The palladium core in the arc reactor that keeps Stark alive and powers the armor is slowly poisoning him, and he cannot find a substitute. 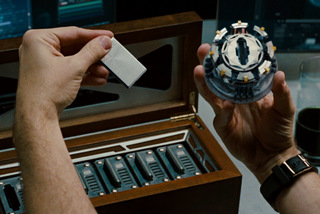 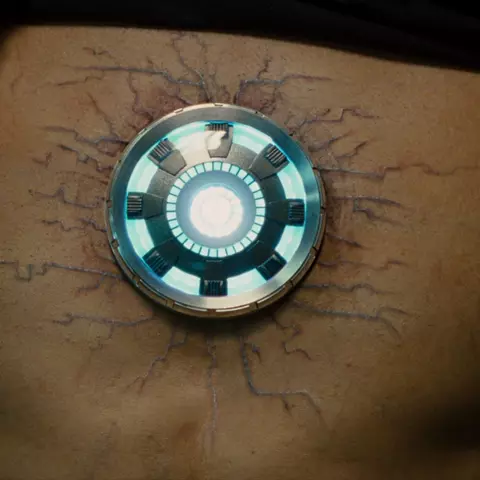 But in the wikipedia article of Palladium, it is clearly written that:

Palladium is a metal with low toxicity. It is poorly absorbed by human body when digested.[...] High doses of palladium could be poisonous; tests on rodents suggest it may be carcinogenic, though no clear evidence indicates the element harms humans.

So, Palladium has no clear evidence that it is harmful to humans, why it was chosen for the film?

Is there anything realistic[...], or is it just another movie gaffe?

Intoxication can be acute (short time of exposure, effects appear fast), or chronic (longer exposures, the onset toxic effects will take days, months or years). For Iron Man it seems clear that this would be a chronic intoxication.

I found this safety guideline from the EMA, which states:

Mice given $\ce{PdCl2}$ in drinking water (5 mg palladium/l) for a lifetime showed suppression of body weight and an increase in amyloidosis of several inner organs. In another study of questionable value (chloropalladosamine was given enterally to rats for about 6 months) a dose of 0.08 mg/kg body weight (corresponding to 0.041 mg $\ce{Pd^2+}$/kg) was determined as the no-observed-effect-level (NOEL), above which changes in body weight, hemoglobin content, blood serum parameters as well as functional and morphological changes have been reported. There is insufficient histological information available from this study.

Extrapolating human toxicity from mice data is a long shot, but since this is all we have it will have to do. Also, bear with me for pretty inaccurate math from here on (it's fiction anyway).

I'm going to assume that he burns through a palladium piece every two days. Good times.

The NOEL (see above) is 0.08mg/kg/day. For an 85kg human, that's 6.8mg/day, roughly 0.02% of the mass in the reactor. I recall that the palladium was heavily corroded when he extracted it, so a loss of 0.5-1% of palladium seems pretty reasonable. Being conservative, the reactor would release about 0.9g a day. If more than one tenth of a thousandth of this palladium is absorbed by Tony's bloodstream (which doesn't sound like much), then he will be in trouble.

To sum up, yes, I do believe it possible to suffer from palladium poisoning if you have a chunk of that thing dissolving inside your chest day and night.

Answering the other half of your question, Tony Stark used palladium for his first arc reactor in the first Iron Man. I don't think it was planned, they just went with it.

Palladium as metal is a bio-compatible material used in many medical devices nowadays (cf. Platinum Metals Rev., 2012, 56, (3), 213–217) problems, however, may arise from compounds containing palladium e.g. if you ingest palladium because it can be easily bio-methylated but in general, this doesn't kill you but cause hypersensitivity to the metal.

If we take a look at references the poisoning was due to the fact that:

... palladium was continuously eroded by the neutron bombardment and released deadly poisons into Tony's bloodstream.

If somehow you use neutron bombardment over palladium you will get $\ce{^{103}Pd}$ that is a radioactive isotope of the palladium with a half-life of 15 days that would be definitely very harmful to your health hence is more probable that the risks come from the radioactivity of the metal.

So summarizing performing neutron bombardment inside your body (not the best way to produce energy, because actually is an energy-consuming process) definitely will kill you someday but this not because of Palladium corrosion but because of its radioactivity.

Not the answer you're looking for? Browse other questions tagged safety toxicity chemistry-in-fiction or ask your own question.

8
Is the Hollywood portrayal of the effects of ingesting HCN correct?

3
Is pigment grade titanium dioxide likely to contain any impurities that are toxic?
2
Does Dean Kamen's Slingshot really filter virtually everything?
13
Is poison still poisonous after its 'expiration date'?
3
What is the Chemical Compound that has a NFPA 704 (Fire Diamond) of 2-2-1-ox?
13
Any substance too poisonous to measure an LD50?
3
Name of toxic liquid product that can be cleared with flocking agent