Passing electricity through dilute solution of H2SO4 for a certain time period of time liberates 168 ml of gases at stp. The quantity of electric ity used is ? I used the formula W/E = IT/96500 here But the answer is not matching. I converted the 168 ml into moles and multiplied by molar mass of H2SO4 so to get the mass of gas liberated . But the answer is not coming . Should I aslo consider mass of water liberated here ? 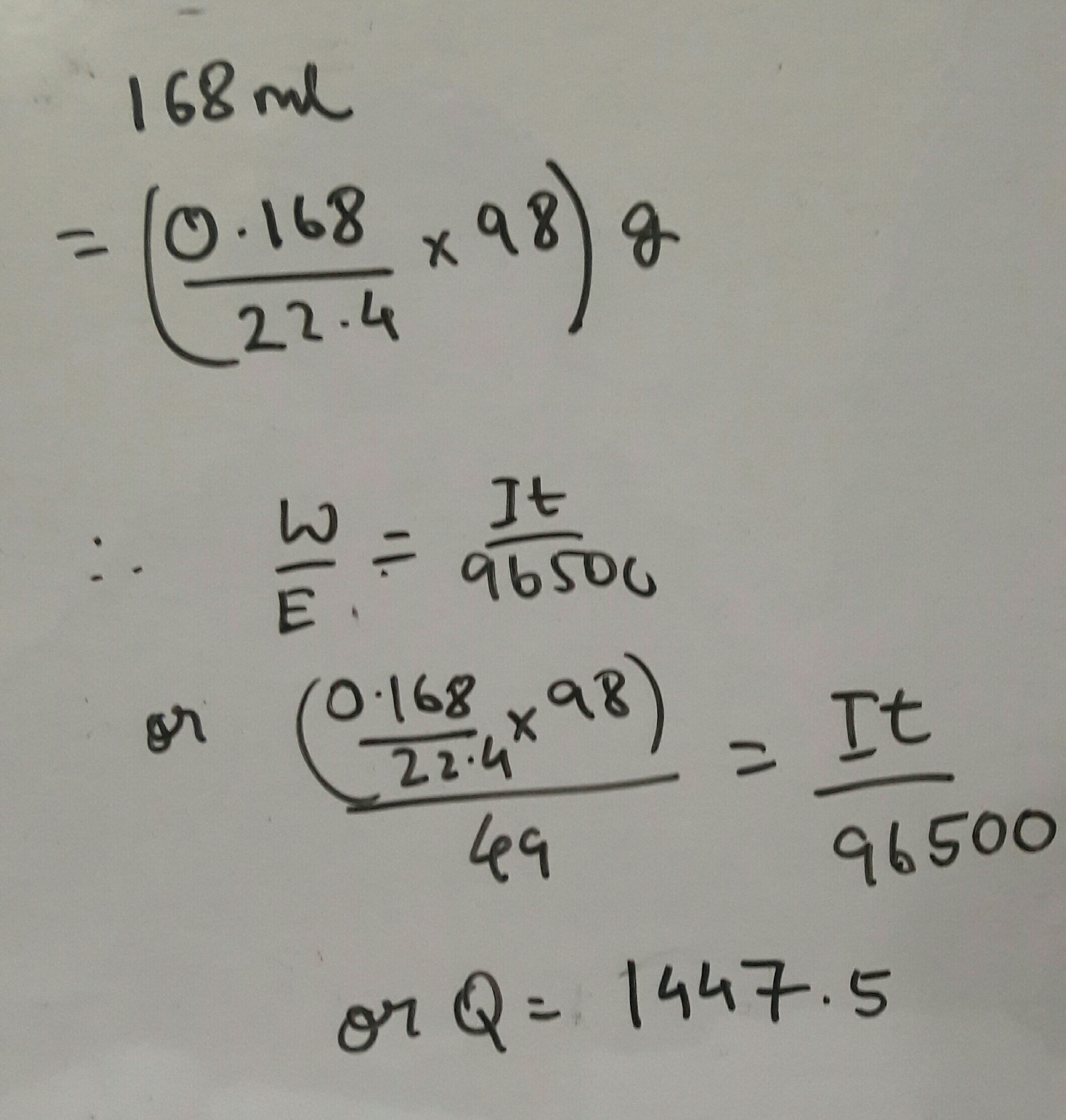 If you've never taken a battery (actually many AC or DC power sources will work), two wires and some water and made gas, I recommend you do so. Carefully, of course. Assuming the wires are inert (copper), then what you'll get is hydrogen and oxygen gases. Now, the question is, how in the world you concluded that sulfuric acid was a reactant. Or perhaps you were just mindlessly plugging in the first thing you saw in the question into the first formula that occurred to you, IDK. The sulfuric acid is mentioned because water has a fairly HIGH electrical resistance when pure. Use of acid decreases what we call "over potential" and at the same time increases [H(+)] which can't hurt. The reaction which occurs, and you really have no excuse not to have seen that it is the only one possible based on the half-reaction table, is the electrolysis of water. Generally, NaCl would be the electrolyte of choice, but that could be confused as a reactant (they do make Cl2 from brine that way, after all). So, the question avoids that pitfall. You should note the relative placement of Cl2 and O2 in the table to determine which is most likely to occur.

Not the answer you're looking for? Browse other questions tagged electrolysis or ask your own question.

1
Placement of Electrodes for Electrochemistry?
0
How to apply Faraday's law to calculate the charge of metal ions?