However, according to this Study.com website, 1st electron affinity (energy released) is positive. 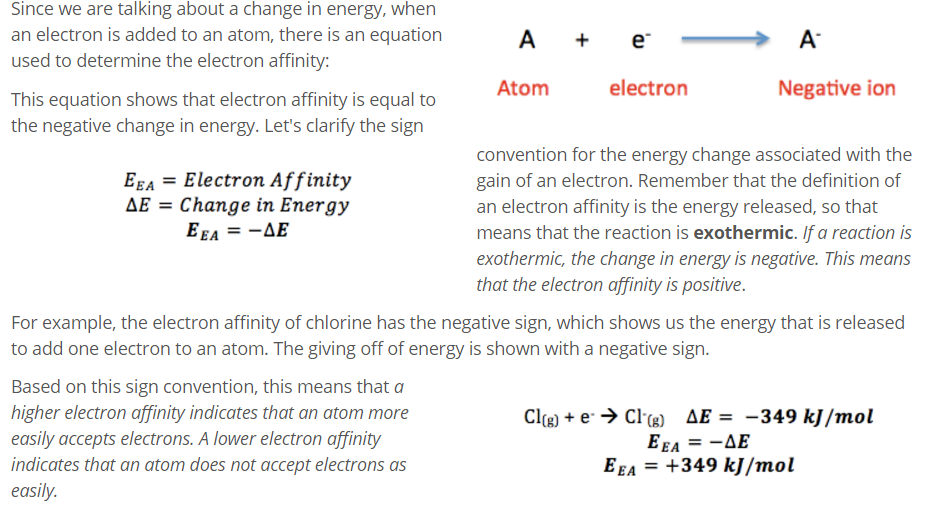 Well, the first electron that is taken up any atom other than a noble gas atoms or light atoms with half filled or full filled orbitals, is taken up with a release of energy, so ∆E should be negative. For the other atoms, they are already in the preferred electronic configuration, so they reluctantly take up electrons, tHus having a positive ∆E. In case of the second electron acceptance, there is repulsion of the electron by the negative charge gained by the atom, so it depends upon the situation. If the second electron acceptance leads to a stabler electronic configuration, like a noble gas, then the second ∆E may also be negative.

This is sadly, one of those matters of "convention" that chemistry is so plagued by.

For most neutral atoms, the magnitude of $\Delta H$ for the following reaction is negative (i.e. energy is released upon the addition of an electron).

The convention that is more common (as far as I know) is to define the electron affinity as the negative of $\Delta U$ for the above reaction. This means that electron affinities, as defined in this way, are usually positive. This convention is adopted by most major introductory inorganic chemistry textbooks and is also what I learnt in undergrad. However, if you are supposed to use a different convention for your examinations etc., then do so.

The moral of the story is: in every book you read, always double check what is the sign convention. It can and will differ from book to book.

[1] To make things even more confusing, $\Delta H$ (the change in enthalpy) and $\Delta U$ (the change in internal energy) is used in different contexts. The difference between the two is given by

which may be understood using Kirchhoff's law since $\Delta H(0) = \Delta U$. (Alternatively there is a derivation in Housecroft & Sharpe's Inorganic Chemistry 4th ed., p 25.) Since $5RT/2$ is only roughly $6~\mathrm{kJ~mol^{-1}}$ at $298~\mathrm{K}$, this contribution is usually negligible compared to the usual magnitudes of electron affinities.

Not the answer you're looking for? Browse other questions tagged energy electron-affinity or ask your own question.