Do ligands with a positive charge exist?

Are there positively charged ligands which can bind to a central metal atom to form coordination compounds?

I know that ligands are Lewis bases which donate a pair of electrons, and the central metal atom is usually a Lewis acid.

However, a positive charge on a species usually means it is electron-deficient. In that case, there would be no suitable electrons for it to bond to the central metal atom. So, even if positively charged ligands do exist, I think there would be very few. In such cases, it might bond with central atom which is electron rich forming the coordinate bond in the opposite way. Is that possible?

Aromatic cations like the tropylium cation ($\ce{C7H7+}$)[1] or the cyclopropenyl cation ($\ce{C3H3+}$)[2] can coordinate to metals, creating sandwich or half-sandwich compounds. The positive charge is shared by all carbon atoms of the rings.

The nitroso ligand ($\ce{NO^+}$) is also one of the most commonly occurring positively charged ligands.

I would answer as a tentative yes. Your reasoning is correct that a ligand, which behaves as a Lewis base, is unlikely to have a positive charge (and therefore be electron deficient). The earliest reference to a positively-charged ion behaving as a ligand (that I've found) is from the journal Inorganic Chemistry (1969, volume 8 page 2331) which describes the synthesis and characterization of Cu(II) and Mn(II) complexes containing a N-methyldabconium cation: 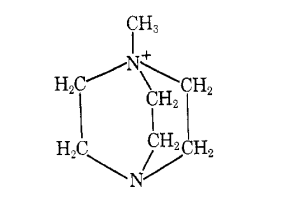 In this case the ligand is positively charged, but there is also a lone pair on the non-methylated nitrogen that is most likely forming the coordinative covalent bond with the metal center. It is this property (a sufficiently large ligand that has a localized positive charge that is remote from a region with Lewis base character) that would result in a positively charged ligand, and we don't need to invoke a switching of the metal roles (where the metal becomes the Lewis base) as you suggest. That said, one of the exciting aspects of Inorganic Chemistry is the constant effort to "break the rules".

In addition to already mentioned cationic onium ligands, there is hydrazinium $\ce{H2N-NH3+}$ and its derivatives [1 -- 3]. 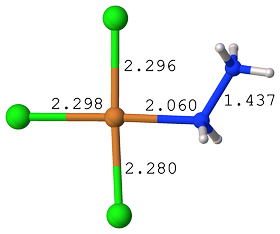 The nitrosonium ($\ce{NO+}$) and nitronium ($\ce{NO2+}$) ions both bear positive charges, but are capable of acting as Lewis bases/ligands. In $\ce{NO+}$, a lone pair on the nitrogen serves as the Lewis basic site for dative bond formation, and in $\ce{NO2+}$ an oxygen lone pair plays the same role.

Not the answer you're looking for? Browse other questions tagged bond ions coordination-compounds or ask your own question.

1
Is ammonium ion a positive ligand? If yes, please explain how does it coordinate with metal

3
Beryllium chloride - Highly hydrolysable?
15
The bond in coordination complexes
5
The Acidity of the Hydrated Iron (III) Ion
2
Why does the nature and oxidation state of a central metal affect field split?
3
Lewis acids as ligands
3
are there any stable four membered chelate rings?
0
Does N in NH3 ligand gains formal positive charge as N in ammonium ion?