How to determine which of two similar compounds has the larger dipole moment?

I am solving some problems involving the order of dipole moments of some compounds. I could solve most of them but the following:

Which has greater dipole moment? 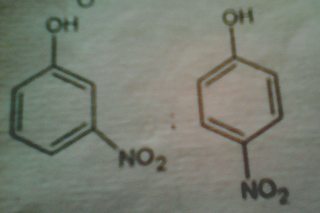 Since fluorine is more electronegative my assumption was that $\ce{CH3F}$ should have a larger dipole moment.

The dipole is the vector sum of each atoms's partial charge times its distance from the origin. Lacking this information individual bond dipole values can be used

In the first case it is that of $\ce{CH3}$ vs. the halogen, and then which halogen has the greater electronegativity. Looking up some bond values it seems that a $\ce{C-F}$ bond has the slightly larger dipole ($1.6$ vs $1.5$ Debye ) so the difference is small and not easy to predict as the C-F bond is shorter than the C-Cl.

In the second molecule, geometry can be used as the two groups are the same on each molecule but positioned differently. The para molecule will have the smaller dipole vs. the meta if both groups act in the same direction, either both to withdraw or add electron density with respect to the ring, as then they act to cancel one another to some extent.

(To add two vectors of length b and c at an angle $\theta$ the resultant c is found using the cosine rule $c^2 = a^2 + b^2 -2ab\cos(\theta)$ . If the dipoles point in the opposite direction make either a or b negative)

For the second problem $\ce{NO2}$ is able to form resonance structures (being in para position). The resonance forms interupt the shared pi orbitals in the benzene ring (leaving behind two double bonds in the ring) and the nitro group becomes ionized (thus having the greater dipole moment):

For the first problem fluorine is more negative, but it lacks valence electrons to withdraw. Chlorine has another valence shell that increases the length of its bond to the methyl group. The increase in bond length leaves a larger space in the sigma bond and more potential to withdraw the electrons farther from the methyl group than the fluorine can.

Not the answer you're looking for? Browse other questions tagged dipole or ask your own question.

9
Why do C-F bond has less dipole moment than C-Cl bond?