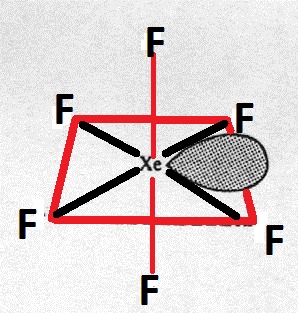 It has to do with the steric crowding of the ligands. Thus, the lone pair has very little room so it moves all over the molecule to get as far away as possible. The motion of the lone pair distorts the molecule from a perfect octahedron.