Which has more metallic character: aluminium or magnesium?

Which element has more metallic character - aluminium or magnesium?

I know that metallic character decreases along a period (from left to right) and increases down a group.

Aluminium comes after Magnesium in the same period (period 3) in the periodic table. So, I thought Magnesium would have greater metallic character.

However, I read in a book that Aluminium has greater metallic character. Is this true? If this is true, why?

So it really depends on how do you define metallic character

Since metallic character in chemistry is defined as:

the tendency of an atom to lose electrons.

We can understand that it is directly related to electronegativity.

Basically, it is the opposite (that would be Electropositivity...)! An so it increases from right to left. The picture below shows the electronegativity but can be used for the purpose. 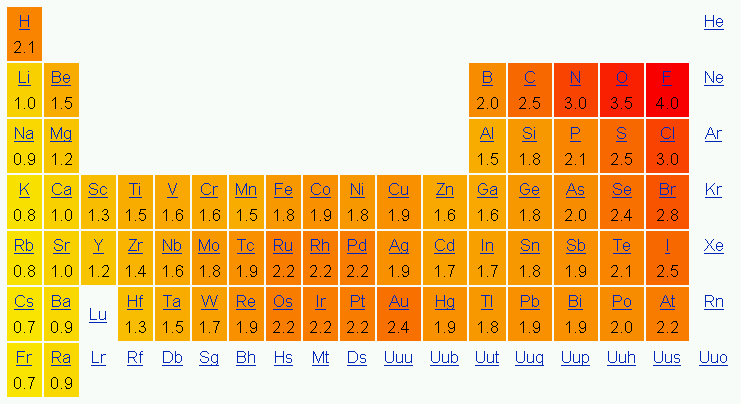 I think the reasoning that the book wants you to do is not remembering all the subshell but just the basic chemistry principles. So from the chemical point of view $\ce{Mg}$ has a greater metallic character compared to $\ce{Al}$.

These properties are harder to predict:

In this case, however, $\ce{Al}$ has a more metallic character compared to $\ce{Mg}$.

You can also say that higher levels of subshells are further away from the nucleus which is why it is easier to remove an electron from $\ce{Al}$ than from $\ce{Mg}$.

user39739user39739
1
$\endgroup$
Add a comment  |
Highly active question. Earn 10 reputation (not counting the association bonus) in order to answer this question. The reputation requirement helps protect this question from spam and non-answer activity.

Not the answer you're looking for? Browse other questions tagged metal periodic-trends metallurgy or ask your own question.