If a molecule has both polar and ionic bonds in it, is it polar or nonpolar overall?

To be more specific, lets take a look at the Lewis Structure of two such examples:

The first one is SiCl${_3}$F. The red arrow represents an ionic bond while the blue is a polar covalent bond.

Now, the polar bonds on the Cl atoms that are separated horizontally cross out. Looking vertically, however, the ionic bond is stronger than the polar bond, so does that mean the molecule over-all is a polar molecule? I say this because my textbook says it is a tetrahedral polar. 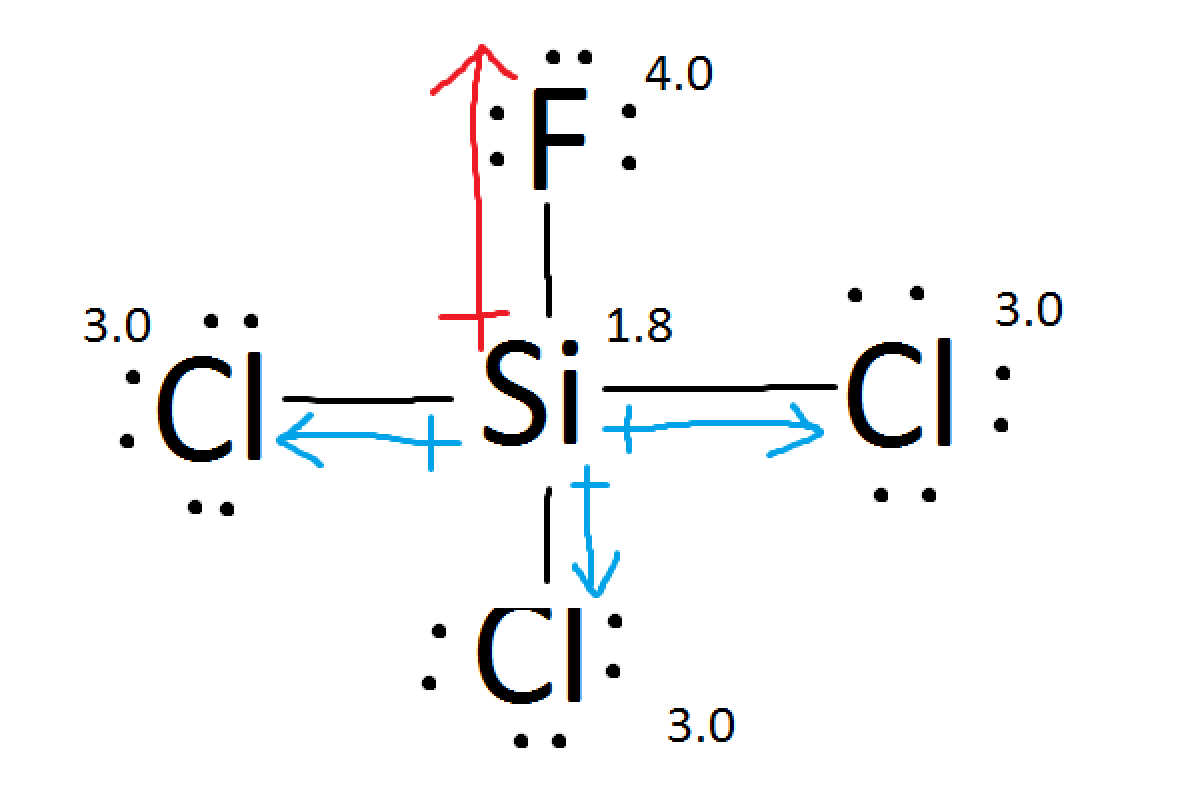 The next one is SiF${_2}$Cl${_2}$. Same here; the ionic bonds and polar bonds should cancel out and the molecule would be a non-polar molecule overall, but my textbook says it is a polar molecule for some reason. 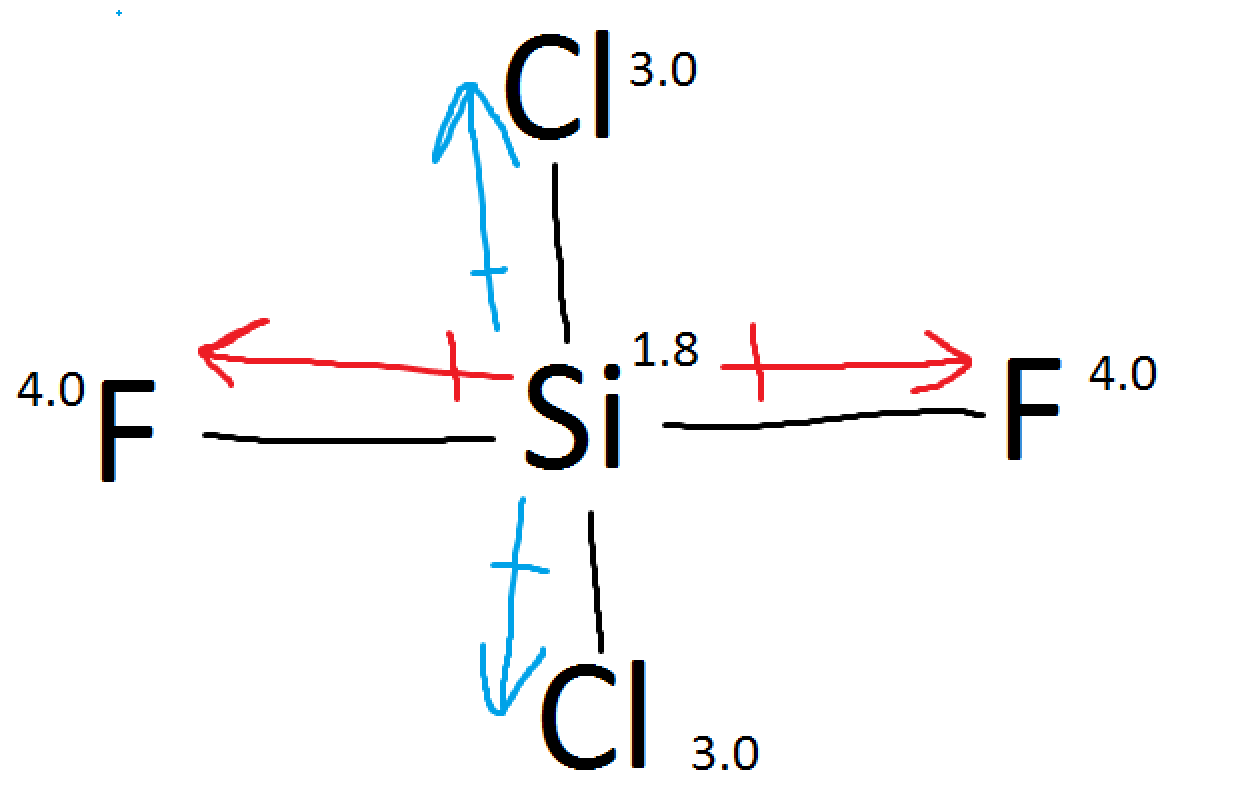 1) The silicon to fluoride bond is polar covalent. Even though an electronegativity difference of more than 2.0 generally indicates an ionic bond, the cutoff rises as the average electronegativity of the two combining species rises.

For example, in sodium bromide, the electronegativity difference is only 1.9, but the average electronegativity between sodium (0.9) and bromine (2.5) is 1.7 which is on the low side meaning that the cutoff will can be lower than 1.9.

The second molecule is polar because it is also not symmetrical, since it it not square-planar, but rather tetrahedral.

Not the answer you're looking for? Browse other questions tagged organic-chemistry bond polarity vsepr-theory or ask your own question.

3
Polarity of the nitrate ion
7
Why is tetrafluoromethane non-polar and fluoroform polar?
18
Why is an ionic bond a chemical and not a physical bond?
5
How can three p orbitals per atom bond in tin (II) sulfide?
0
What would be the intermolecular forces between the molecules of methanetetrol?
2
Visualizing rotation about a double bond
0
when Al2O3 melts which bonds are broken?