Does the cyclopentadienyl radical attain a regular pentagon geometry or is there a deviation caused by the Jahn–Teller effect? Without the Jahn-Teller effect the MO diagram would look like this: 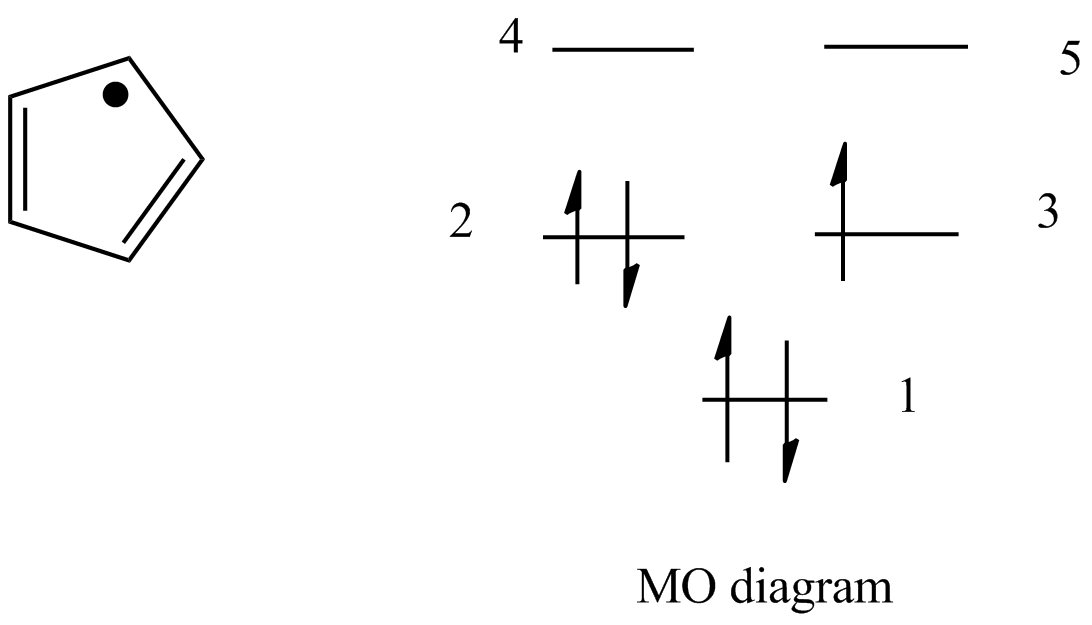 But I guess that a more stable state would be obtained by the Jahn-Teller effect: the orbital marked with number 2 would drop in energy while 3 would rise. What is the true picture?

A typical definition outlining the Jahn-Teller effect is that for any non-linear molecule in a degenerate electronic state, there exists a displacement of the nuclei along at least one non-totally symmetric normal coordinate, that gives rise to a distortion of the molecular geometry with a concomitant lowering of the energy

The underlying cause of the Jahn–Teller effect is the presence of molecular orbitals which are both degenerate and open shell.

The cyclopentadienyl radical, has degenerate and unequally occupied molecular orbitals, thus one can expect to see JT distortions; and indeed there is plenty of evidence to support it, earliest of which comes from the work done by Thrush et. al in 1956.

Experimental data can be found here (along with a list of references to the original works). 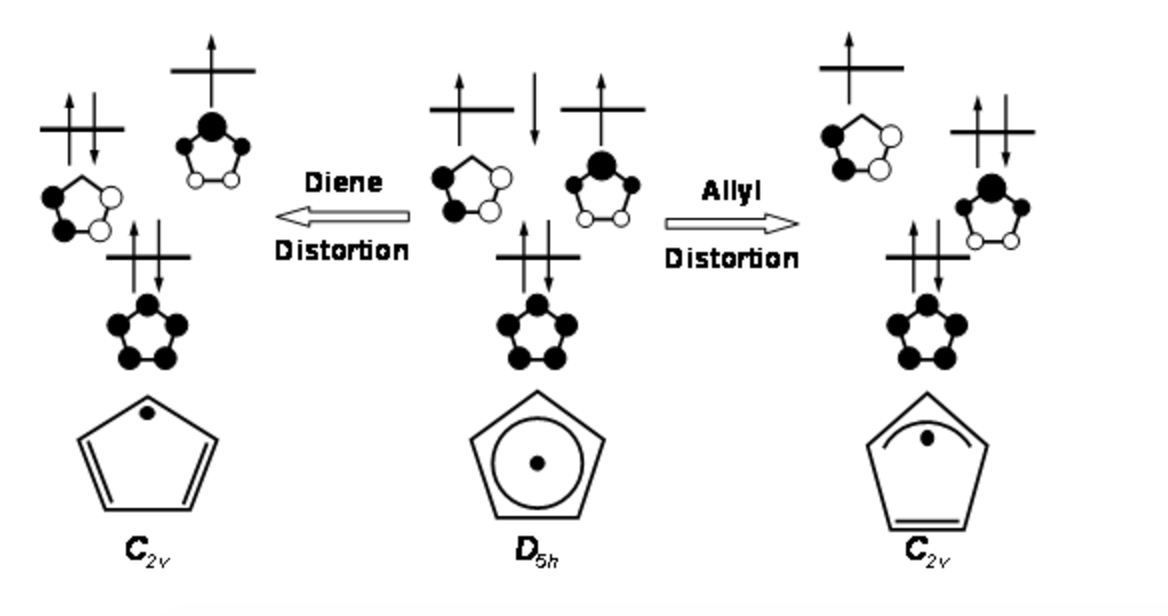 A publication I found particularly instructive was this The potential energy surface given below has been taken from there. 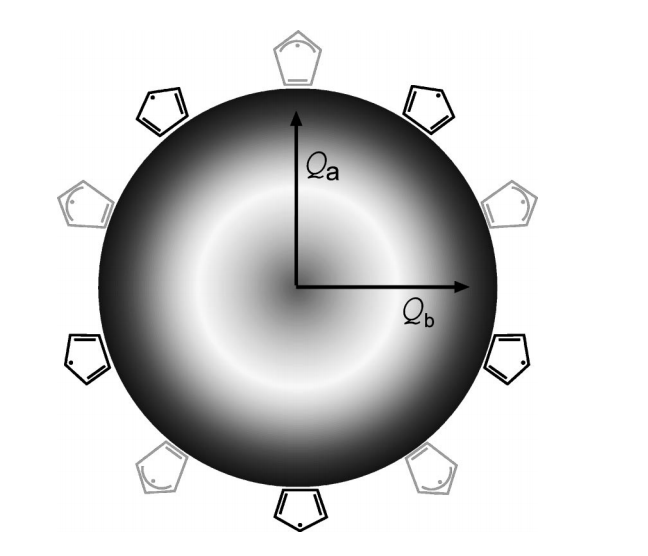 This image presents a downward looking view of linear Jahn–Teller distorted lower PES appropriate for $\ce{C5J5}$ . The coordinates $Q_a$ and $Q_b$ denote the two unique dimensions along which motion resolves the degeneracy of the conical intersection corresponding to the $^2E^"_1$ state. These coordinates lie in the space spanned by the four pair of $e^"_2$ normal coordinates, $Q_{ia}$ and $Q_{ib}$. Around the perimeter of the figure are pictures of the distorted $\ce{C5H5}$ geometries for the corresponding value of the phase angle $\phi$.

The work, later goes on to summarise the geometric distortions in the table given below 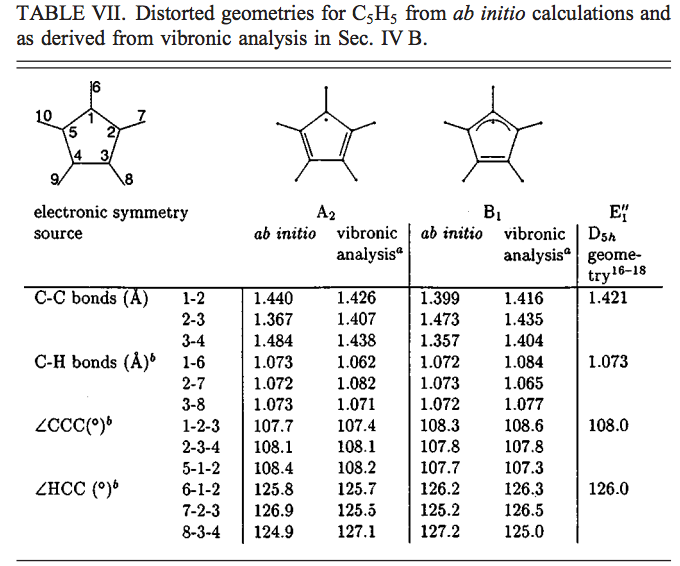 . The authors also compute $\epsilon_i$ for each of the four modes, and confirm that their sum corresponds to the experimental value of $\epsilon_T$ (this is done for both $\ce{C5H5}$ and $\ce{C5D5}$)

6
Hybridisation of the negatively charged carbon atom in a carbanion
22
What is the geometry of an alkyl radical?
19
Jahn-Teller Distortions in Square Planar Complexes?
20
Cyclobutadiene - Jahn–Teller effect or not?
3
The intrinsic electron-withdrawing nature of alkyl groups