Does the carboxylate group show a positive or a negative inductive effect?

In the benzoate ion, does the carboxylate group show a $-I$ or a $+I$ effect?

So, which one is correct? Does the carboxylate group show a positive or a negative inductive effect?

The carboxy group is electron-withdrawing both by inductive and by mesomeric mechanisms. I have drawn two depictions in the scheme below. The upper one is how the mesomeric effect of the carboxy group can be explained. This effect is only relevant if the $\ce{COOH}$ fragment is in the same plane as the ring. 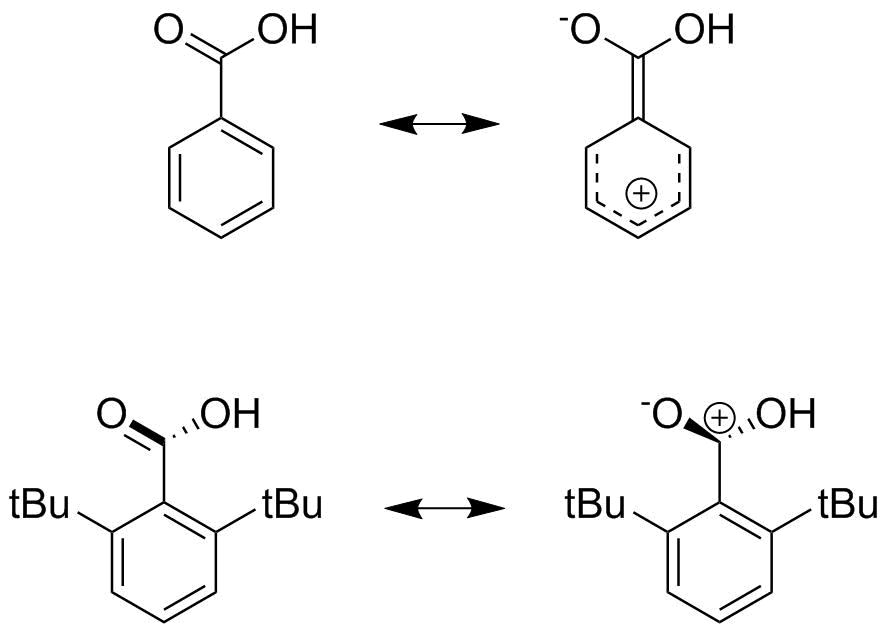 In the case of 2,6-di(tert-butyl)benzoic acid, the bulky tert-butyl groups prevent the mesomerism depicted above. The carboxy group is perpendicular to the ring. Yet, this group still exercises an electron-withdrawing inductive effect. It can be explained by a mesomeric structure of the $\ce{C=O}$ double bond with charge separation:

This positive charge is, naturally, electron-withdrawing and can be used to explain the $-I$ effect of carboxy groups. No matter which mesomeric depiction you choose, you can never get a negative charge on the carboxy carbon, thus it will always remain partially positive. That also makes sense considering it is bonded to two electron-withdrawing, strongly electronegative oxygen atoms.

2
Why does the carboxylate ion show positive inductive effect?

13
Why do larger alkyl groups show a greater inductive (+I) effect?
7
Is the inductive effect always measured relative to hydrogen?
8
Comparing acidity of anilinium ion and para-fluoro anilium ion
2
Change in inductive effect of a susbstituent when -R group replaces -H atom
1
Does Cl- Have more -I effect or +M effect ( Resonance effect)?
1
Does the benzene ring in styrene show a negative inductive effect on the ethenyl group?