Why is maltose a reducing sugar but not sucrose, even though they're both disaccharides?

I came across this on Wikipedia:

Many disaccharides, like cellobiose, lactose and maltose, also have a reducing form, as one of the two units may have an open-chain form with an aldehyde group. However, sucrose and trehalose, in which the anomeric carbons of the two units are linked together, are nonreducing disaccharides since neither of the rings is capable of opening.

I took the following Haworth projection of sucrose for comparison- 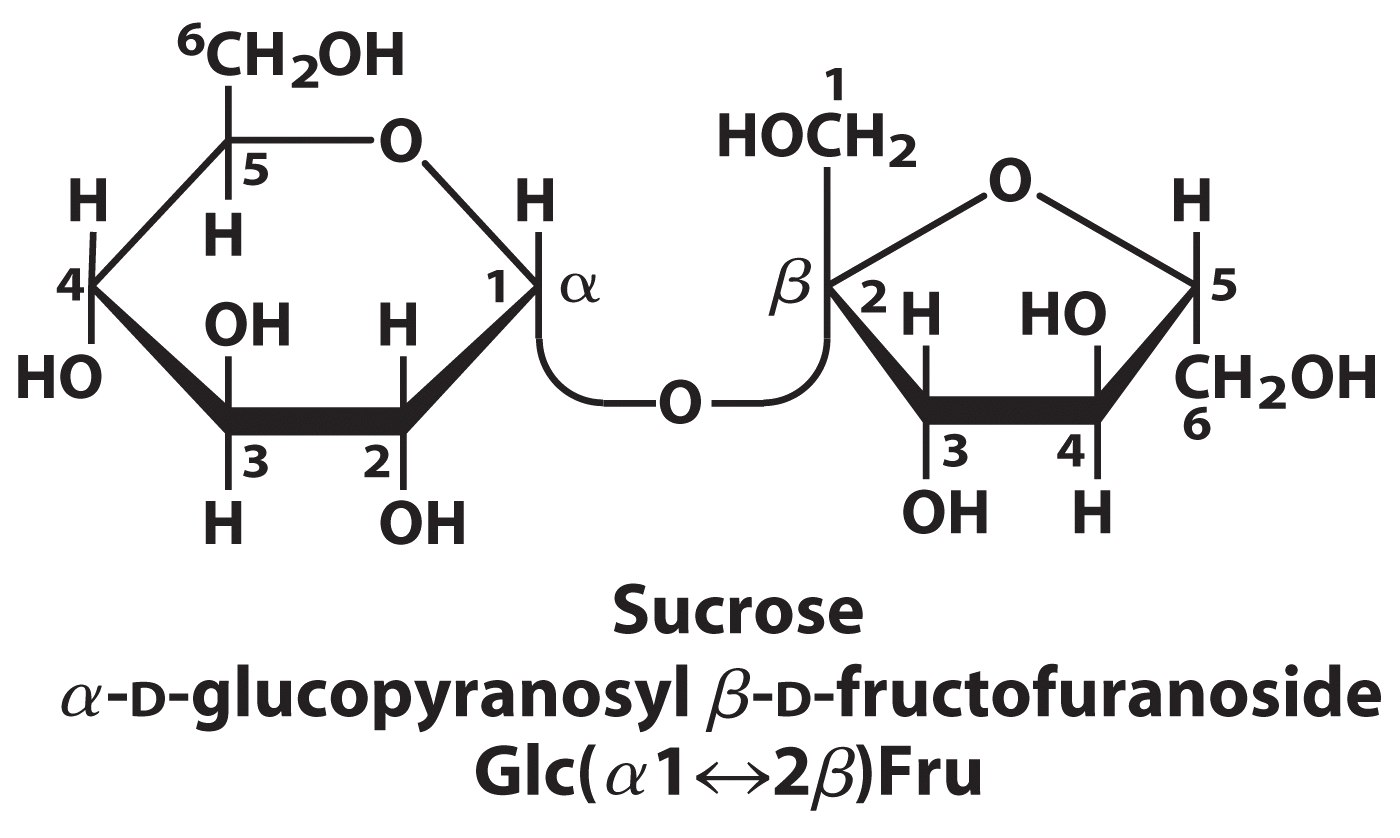 That's all fine and dandy, but the thing is, I can't seem to find any source that (explicitly) explains why this whole 'ring-opening' business even happens in disaccharides like maltose, but not in sucrose.

The Wikipedia article probably implies that this has to do with the fact that both the monomers of sucrose are bound through their anomeric carbons, which is not the case with maltose. A quick look at the structures of maltose and sucrose confirms this, however; pardon me if I'm being dense here, but I don't see how that piece of information helps.

Can anyone explain this discrepancy?

The difference in stability between maltose and sucrose boils down to the different structural elements their aldehyde/ketone groups have been turned into during the formation of the disaccharide.

Notice that there are two oxygens bound to that carbon after the reaction; if we wanted, we could label it $\ce{RCH(OR)(OH)}$; this structure is called hemiacetal. If we use that hemiacetalic hydroxy group to bond to a second glucose unit,[1] we have replaced the hydrogen with an alkyl residue. Like the difference between alcohols ($\ce{R-OH}$) and ethers ($\ce{R-OR'}$), this group has a different reactivity and is termed full acetal or O,O-acetal.

Hemiacetals are rather easy to break down as two mechanisms are available: you can either initially protonate the other oxygen or you can use a base to facilitate proton removal of the hydroxy group — ideally perhaps while offering the other oxygen a proton by another base. Full acetals, however, are not as easy to break down; the require protonation, implying a sufficiently strong acid.

Coming back to maltose, remember we have two glucose subunits. We used one to generate a full acetal but the other one (on the right-hand side of your scheme) is still hemiacetalic and can reconvert back to an aldehyde. This is why you preserve the reducing abilities; remember that equation $(1)$ is fully reversible and according to Le Châtelier, removing aldehyde (e.g. by oxidation) will enhance the reverse reaction.

In sucrose, on the other hand, carbon 1 of glucose and carbon 2 of fructose are connected. These are the two carbon atoms that form hemiacetals in isolated glucose/fructose. Because of this, there is no hemiacetal group $\ce{RCH(OR)OH)}$ in sucrose — only full acetals — and no way it can easily revert back to an aldehyde or a ketone. Therefore, it has lost its reducing ability.

This is the key information of your quotation by the way. The anomeric carbon is the one that will be a hemiacetal. If two anomeric carbons are connected, they have formed a full acetal. Therefore, identifying the anomeric carbons and seeing if they still have a free hydroxy group (i.e., if they are hemiacetals) allows quick determination whether a disaccharide is reducing or not.

[1]: While formally correct; the actual reaction mechanism involves the loss of this hemiacetalic hydroxy group.

Note that this is not about digesting/cleaving disaccharides into monosaccharides first.

Opening has to occur on the stage of the intact disaccharide.

What is requirement for an opening that results in an aldehyde?

The carbohydrate has to have a hemiacetal moiety!

13
Why are halogens ortho para directing even though deactivating?
0
Why is NaBr only a reducing agent? Can you tell if something is a reducing/oxidizing/both agent?
2
Why does bromine react with iron(II) but not iodine?
1
Which chlorine species can act as an oxidizing agent but not as a reducing agent?
2
Not sure why, but I can't modify/balance this equation
47
Why does wood burn but not sugar?