How do we represent a molecule in text form?

How do we represent a molecule in text form?

A molecule, as a computer scientist I see it as a connected graph of atoms. A connected graph means that beginning at any atom, there is a path to any other atom in the graph.

The interesting question is, how do we represent these as text?

The representation of a molecule in text form actually has a name: the chemical formula (pl. formulae).

The formula we use for everyday purposes is an empirical formula. That article should give you more information, but in a nutshell, it is a simple way of identifying a compound by the ratio of its constituent elements. Since ionic compounds and other compounds such as macromolecules can have huge absolute numbers of atoms which are technically bonded but in practice are subdivided into their simplest components, empirical formulae are useful for unambiguously identifying most compounds. Note, however, that we run into trouble when talking about isomers or other compounds with the same elemental ratio but different structures.

For these compounds, we must disambiguate by using a structural formula, which is basically a graph of the molecule. Translating this into text can be done many different ways, using a formal system for specifying branches and stereochemistry. The three most widely used formats for chemical database applications are SMILES, PDB, and CML. You can get more information on all these from Open Babel (alternately OpenBabel).

There is also a middle ground, using a formula similar to SMILES, variously called a molecular formula or condensed formula. It implies structure by counting every atom and splitting individual elements apart to show functional groups like hydroxyl ($\ce{-OH}$) or amino ($\ce{-NH2}$) bonded to the main structure.

I think this is what your question is really about. Yes, in a condensed formula, the order of elements and functional groups matters, because you are trying to communicate information about a compound's structure with a minimum of overhead. It wouldn't make sense to say that butyraldehyde is $\ce{C2H4CHOCH3}$ because the formyl group is at the end. Therefore we say butyraldehyde is $\ce{CH3(CH2)2CHO}$ to better represent the compound's structure. This helps distinguish isomers (but not stereoisomers). Even using the Hill system, one must still be careful.

I hope this clears things up for you on how chemists use different formulae in different situations, and how a condensed formula works.

There are many text representations of molecules. SMILES is commonly used but has issues in representing stereochemistry, to the MDL (now Accelrys) CTAB format, to InChi.

Certainly a molecule can be represented as a graph, in which the atom are nodes and the bonds edges.

In terms of the molecular formulae you asked about, for a simple molecule like water, a chemist would recognise H2O and OH2 as the same thing, but things quickly get out of hand when more complex molecules are represented in this fashion, and order becomes important. Any chemist would recognise NH4NO3 as ammonium nitrate, but may fail to immediately see it when represented as N2H4O3. We write the N twice because it makes the context easier to determine - ie that this is a salt, comprised of the ammonium anion and the nitrate cation.

I'm afraid that there are a number of contextual complexities when approaching cheminformatics from the viewpoint of a computer scientist - a knowledge of chemistry is just as important :)

Correct me If I am wrong and also I am not sure that this answers your full question or not as it only provides an answer to your specific questions.

Here are some rules for writing chemical formulas. Kindly read them first. 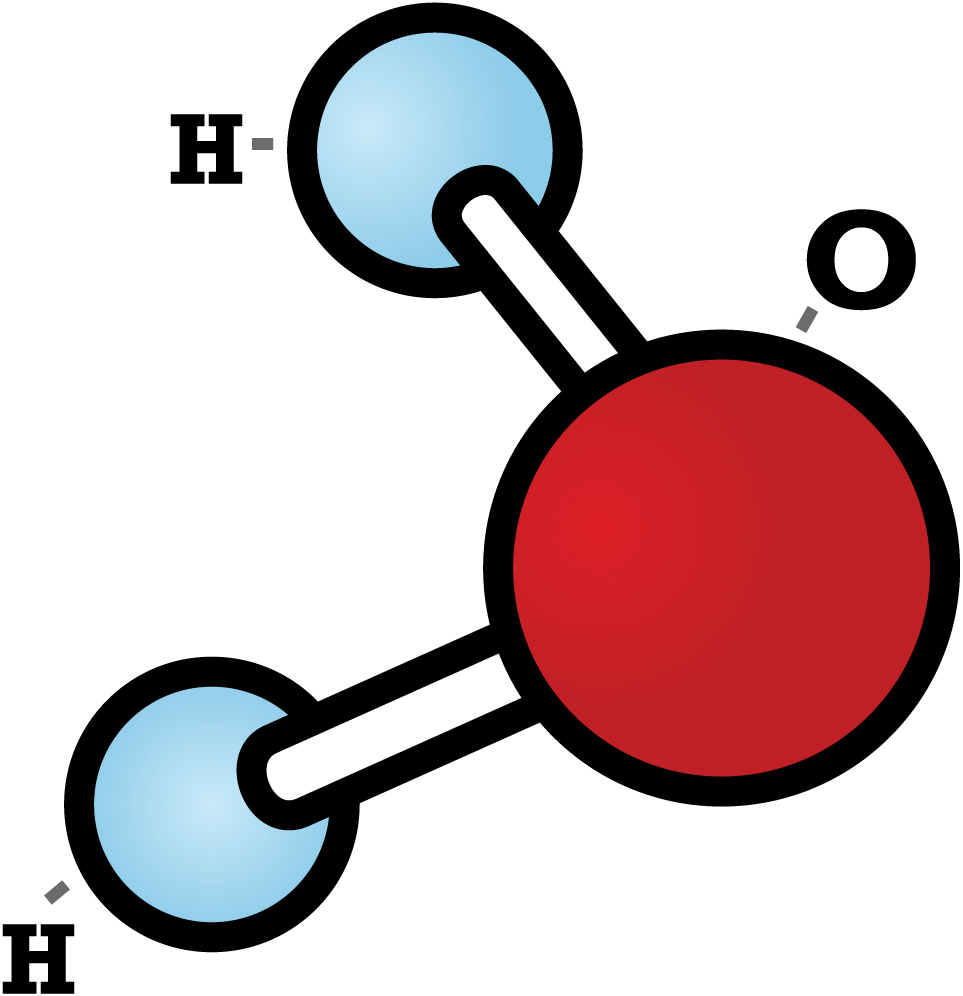 In this case, $\ce{NH4+}$ (Ammonium) and $\ce{NO3-}$ (Nitrate) are two different ions which makes $\ce{NH4NO3}$. In these type of compounds, cation is written first and then the anion. In the formation of Ammonium Nitrate, $\ce{NH3}$ reacts with $\ce{HNO3}$ and then cation & anion formation takes place and reaction proceeds.

And I don't think that $\ce{NNH4O3}$ is the same thing. (I am not sure about it so kindly correct me if I am wrong here. and leave a comment with explaination.)

Note: As commented by @F'x, the order of elements in a chemical formula is a complex matter. See this and this, there are some good answers as mentioned by @F'x. I also found them useful.

41
Why is arsenous acid denoted H3AsO3?
43
Why is methane's molecular formula conventionally "CH₄", while water is "H₂O" (among others)?

0
What does $\mathrm{A}_r(\mathrm{H})$ represent when calculating the average natural weight of an elemental atom?
23
What does the circle inscribed in a benzene ring represent?
2
pH notation in text
4
How to wedge d/hash notation a molecule?
4
Has anyone encountered the use of Omega to represent equilibrium?
1
Writing a organic reaction in different form
2
How to draw chair-form for trans-decalin (with slight variation)?