Why reduction of d-glucose is not generally given as compound B of the following figure? 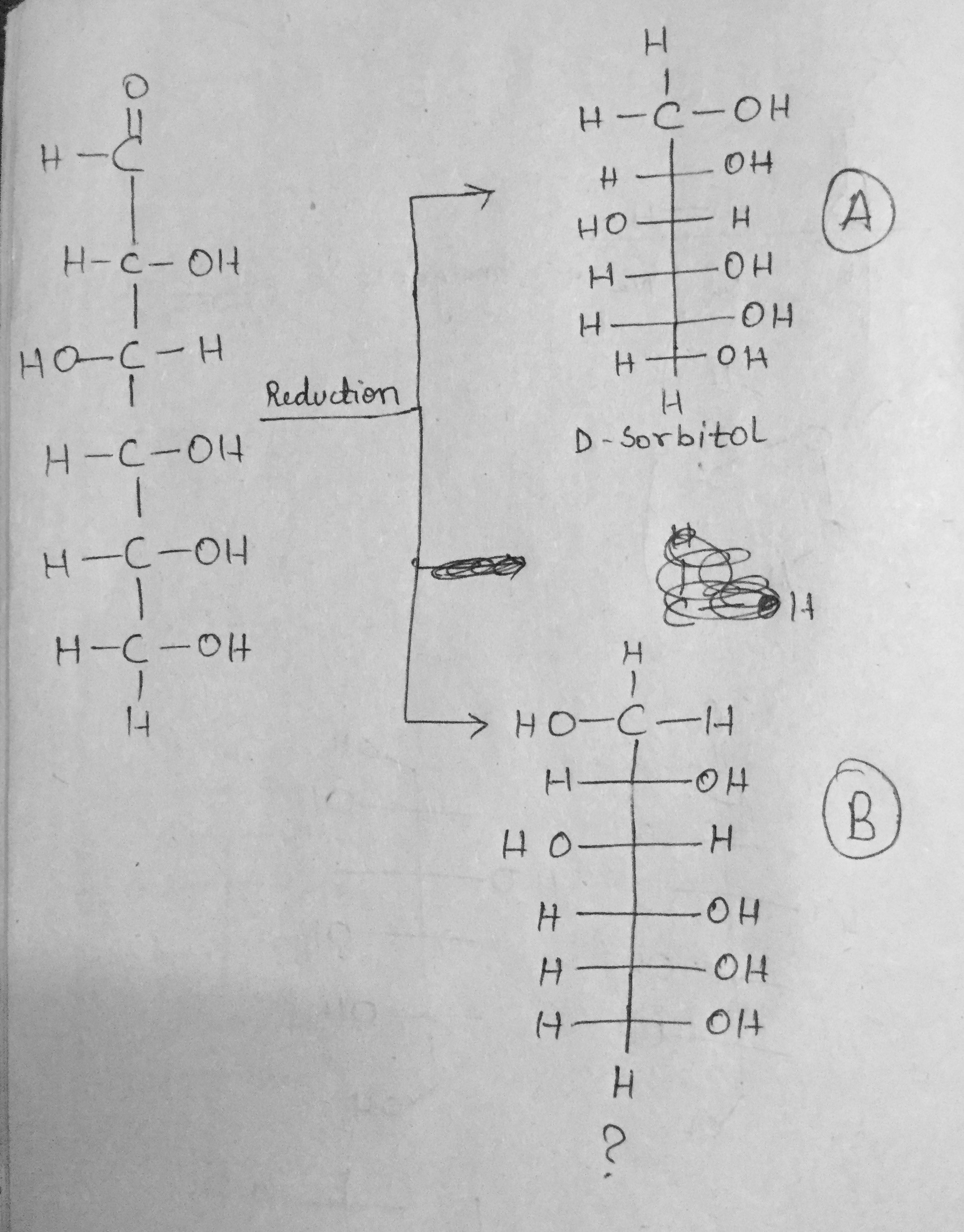 Is the formation of that compound possible? What should be its name?( since I can't find that compound I don't know it's name). Iam sure that it's not l-sorbitol.

Also I would like to know why almost all sources(on google) shows, on reduction hydroxyl group goes to right hand side (in Fischer projections)?

Here you have glucose reduced to sorbitol, in which the aldehyde is converted to a primary alcohol, which is an achiral carbon. Thus there will be no meaning for Fisher projection of that carbon. Thus, both the compounds $A$ and $B$ are effectively the same.

14
Reduction of glucose to hexane with hydroiodic acid
2
Why is pyridinium chlorochromate selective compared to chromate, dichromate etc.?
5
Predicting product of amine elimination
10
Why is the reduction by sugars more efficient in basic solutions than in acidic ones?
5
Determination of (R) and (S) configurations from a Haworth projection
2
Skeletal formula of methyl chloride
6
Reaction of phenol and zinc dust
7
What is the driving force for imine formation?
0
Could dimerization account for weak IR signals?