Determination of (R) and (S) configurations from a Haworth projection

Short version of question : How do I know which groups are equivalent to "out of and into the page (like in the Fisher projection)" for the Haworth projection (so that I can send the lowest priority group to the "back")?

I am comfortable enough finding R and S configuration of Fischer projections, but am unsure which groups are coming in or going out of the plane of the page in a Haworth display. 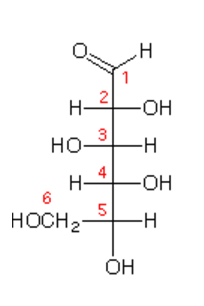 Taking carbon $3$ for example, the priorities are as shown below in blue:

If I now took carbon 3 in the Haworth for the structure above, I am assuming it is still an S configuration as the groups are still in the same position around the carbon 3 atom, relative to the other groups.

Update: After seeing the following image (annotated with numbered carbons from this source) I am not so sure about that anymore as carbon 4 has different configurations in the Fischer vs the Chair and Haworth. 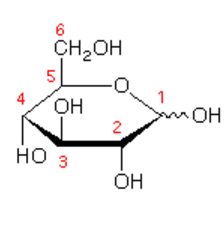 But how would I determine the R and S configuration of carbon 3 without going back to the Fischer projection?

Mainly, how do I know which groups are equivalent to "out of and into the page (like in the Fisher projection)" for the Haworth projection (so that I can send the lowest priority group to the "back")?

I would think carbon 4 is "into the page" as it is further away from our point of view (which matches the Fischer projection, as it is drawn vertically there).

Based off this, carbon 2 would also be into the page (as its the same as Carbon 4 in the Fischer projection). Hence, the $\ce{OH}$ and $\ce{H}$ would be out of the page. 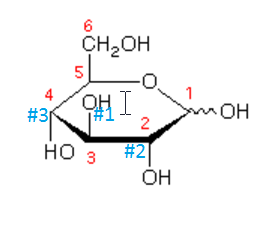 In a Haworth projection, the hexagonic shape of the ring already implies the direction of two bonds. The two bonds on the ring are always ‘bent ring-inwards’ when viewed from the outside. Thus, the two perpendicular bonds (typically vertical) must ‘point away’ from the ring: in a forward direction for the front carbons of a ring and in a backward direction for the rear side of the ring.

However, I notice that the question uses (R) and (S) a lot and attempts to argue a lot with it, so a note must be dropped on those stereodescriptors, too. It is important to realise that the (R) and (S) stereodescriptors can change even if the conformation of the carbon in question did not invert or otherwise change conformation. This is due to the way priorities are determined in the CIP system. Let me exemplify this.

Now let’s consider the absolute configuration of carbon 3 in both the chain and pyranose forms.

Now, we will construct the same discussion for carbon $\ce{C{4}}$.