Which option best depicts trimethylcyclohexane shown in the Haworth projection below? 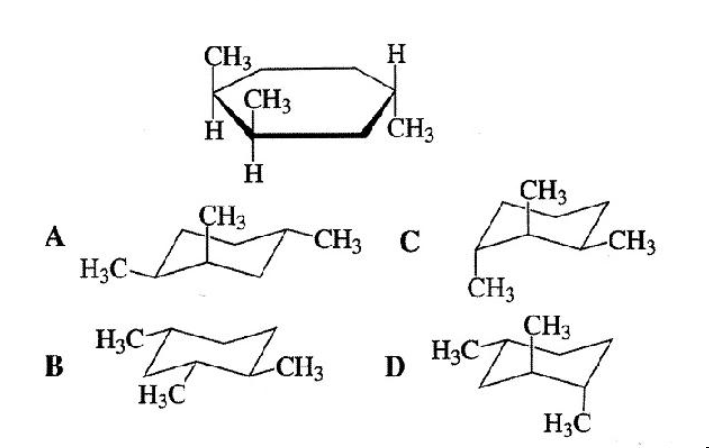 I thought B because

But the provided solution states that-

Note: Instead of finding the absolute stereochemistry by using R/S notation, you could also notice that the Haworth projection and answer choice B have different relative stereo chemistry. In the original molecule, carbons B and C are cis, while in answer choice B, these carbons are trans. 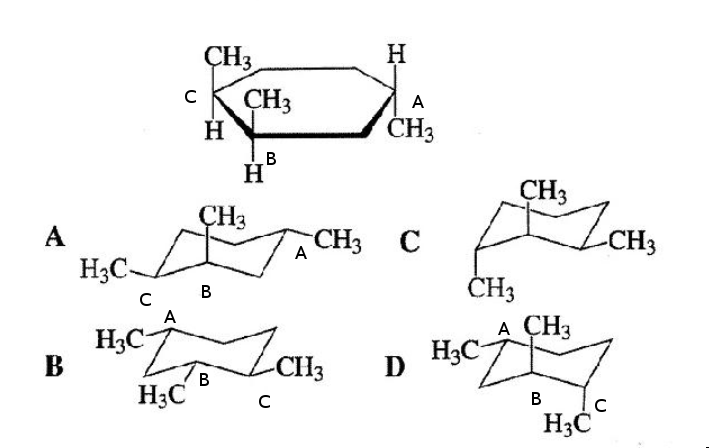 Not the answer you're looking for? Browse other questions tagged organic-chemistry stereochemistry conformers cyclohexane or ask your own question.