While making tea last night I forgot all about it and left the kitchen. When I did remember about it, I ran back and I was surprised to see that it was still in the vessel (though it formed a peculiar foam-like mass on the top). 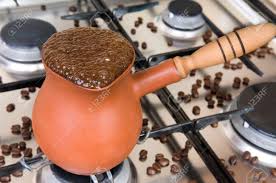 This pushed me to do the same with water and milk (as these were constituents this tea).

I was not so lucky in case of milk, When I boiled the milk it rose too much and overflowed.

Boiling water alone didn't help either. The level of water in the vessel rose a little but it was far from overflowing (I provided the highest temperature as I could provide to vessel). 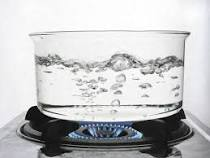 I can't seem to figure out why this happens. Would anyone know why?Thanks for any help

After listning to people saying that they need more experimental data I decided to go further.

I boiled the milk along with water in a proportion of 1 by 1 (without tea leaves and sugar to it) and did the same with different proportions of milk and water.

The results were as expected but I thought these can be helpful for you guys in answering the question.

As mentioned in this post, milk will overflow thanks to the effect of surfactants, which allow for the formation of stable bubbles. Since tea contains both milk and water, it contains surfactants from the milk, but at a lower concentration thanks to the water. This would result in some bubble formation, but not as much as you would find in pure milk, explaining why the tea filled up the container, but did not overflow. Either it was a coincidence that the bubbling stopped right at the top of the container, or it relates to the fact that more surface tension is required to create bubbles without the support of the container walls. In addition, other components in the tea could be contributing to this effect, but I think it is a result of the fact that milk and water are mixed. If you want to experiment with this, I would try a different volume of your water/milk mixture and see if that also makes it to the top of the container without overflowing.

The results of your additional experiments seem to indicate that something else is going on. It is interesting that you found a different ratio that filled the container when there was no tea involved. This seems to indicate that the tea is at least somewhat involved in this interaction. Also, the fact that past the ratio of 1:5 (milk:water) the container did not fill up with bubbles seems to indicate that my hypothesis about surface tension was wrong, and that there is nothing special about filling the container. In this case, you probably just got lucky that your original tea did not overflow.

These results are dependent on the fact that you used the same vessel for your new experiments and allowed adequate time for bubbles to form. More information on your experimental procedures will help me narrow down on a possible explanation.

Not the answer you're looking for? Browse other questions tagged everyday-chemistry home-experiment or ask your own question.

22
Why does milk overflow when boiled?

9
Why does milk flake?
11
If salt crystals make a cube shape, what is this 'X' marking?
0
When you fill a bath, Is it different that you fill it directly or non-directly?
3
What's causing my plastic fork to break?
5
Lemon Battery works on water?
16
Why does adding salt to boiling water cause it to flare up suddenly?
0
rust caused by salt solution & stainless steel