Which lone pairs/bonding pairs go into which pi molecular orbitals?

I was just doing some practice midterms and I came across this question. The answers were posted, but there are no explanations for anything. I wasn't able to find anything about this online, either.

Here are pictures of the question. 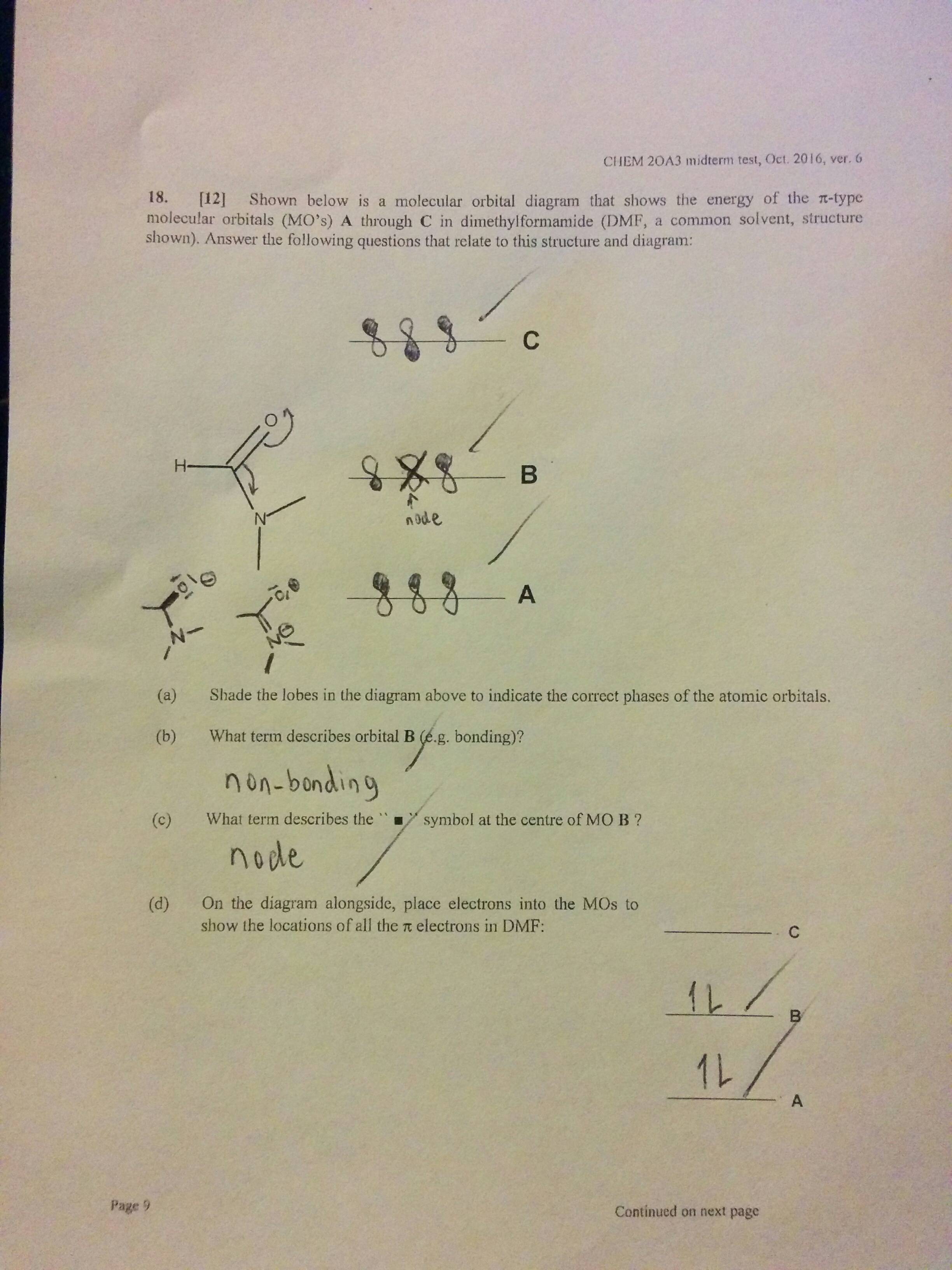 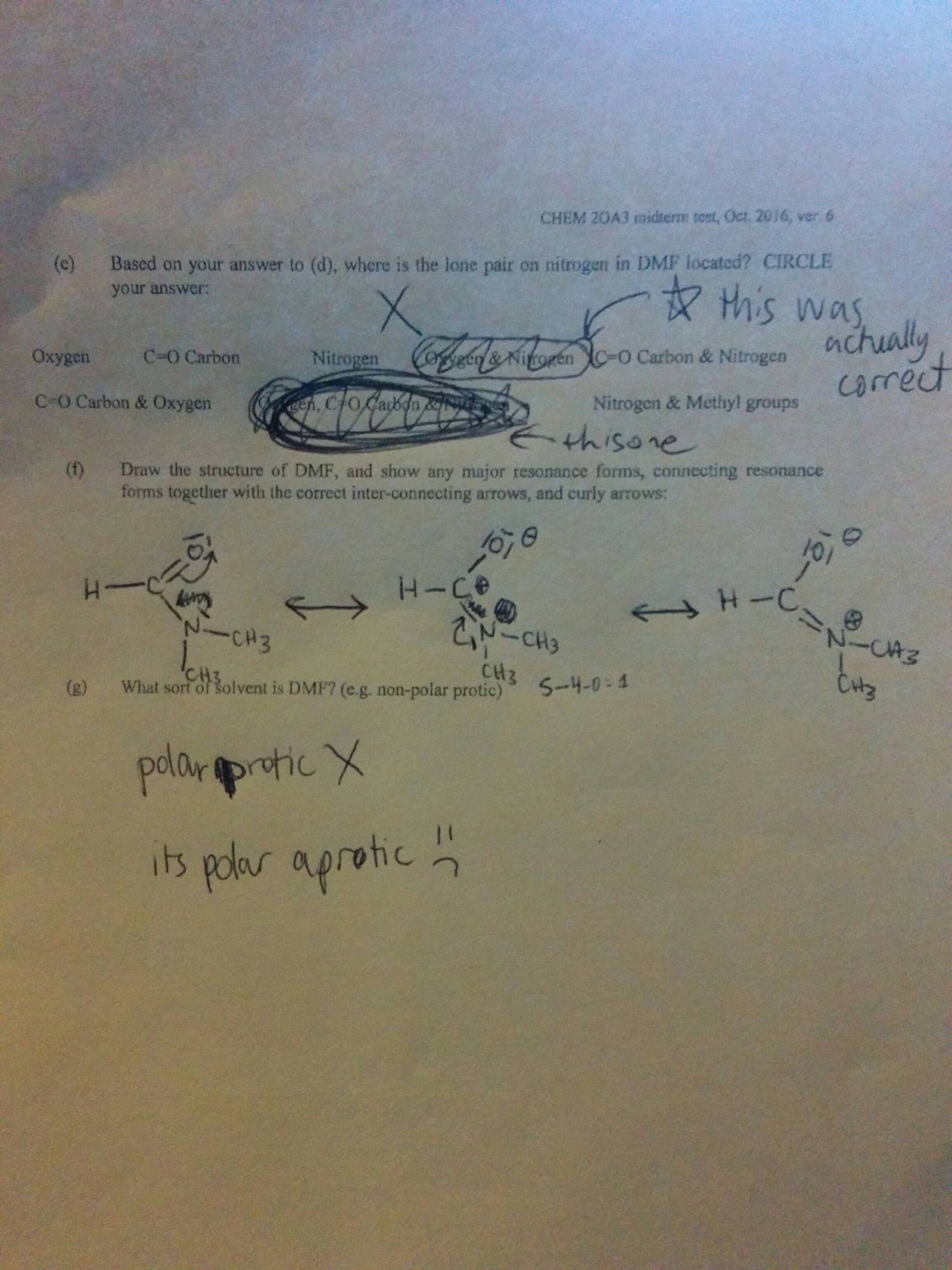 Part e) is what is throwing me off. I was flitting back and forth between O and N, and O, N, and C, but in the end got it wrong. It says to base the answer off of part d), but there are two filled orbitals! How do I know which pair of electrons occupies which orbital?

Does the sp3 lone pair of the nitrogen occupy the lowest occupied MO or the highest occupied MO? Because it appears from the correct answer that it occupies the higher one - but why is that? The other delocalized pair of electrons is the pi electrons in the C=O double bond, and I get that maybe they have different energies, but I can't think of any reason one pair should occupy one particular orbital over the other.

Also, as a side question - the reason why the solvent is polar aprotic, despite having the capacity to shed a hydrogen from the carbon to form an induction-stabilized carbanion, is because protic solvents have the labile hydrogen attached exclusively to an oxygen or a nitrogen, correct?

This is a common attempt to visualise what π systems actually mean for the overall Lewis structure. But let me note a couple of things first:

If you want, in simplistic terms, you can add the π orbitals one after the other. The first is fully bonding and has contributions by all three atoms. Since it is fully bonding across two bonds but only contains two electrons, we can say that it contributes $\frac22$ bonding electrons to each bond or a bond order of ½.

The second orbital is not really bonding as it has a perpendicular nodal plane through the central atom (carbon). Thus, we cannot really analyse it in terms of the $\ce{C-O}$ or $\ce{C-N}$ bond order directly. However we can say that the electron density will be stronger at the ends, i.e. on nitrogen and oxygen. Each of these atoms practically experiences $\frac22$ lone pair electrons (do not participate in bonding) or ½ a lone pair.

For your question, this means:

12
Why is the lone pair of pyridine's nitrogen atom not part of the aromatic ring?
7
Which rings of this heterocyclic compound are aromatic?
12
Comparing basicity of imidazole and 2-imidazoline
10
Can orbitals in a molecule be occupied via excitation like they can in atomic orbitals?
4
Basicity comparison of ammonia derivatives (and guanidine)
0
Adding cyanide vs nitrite for nucleophilic substitution and why does it change when we use silver salts for it
3
Are all lone pairs considered as π-electrons?
5
What can we learn from the energies of molecular orbitals?