Why is the Jacobsen's catalyst with tert-Butyl groups a better catalyst for epoxidation?

In an experiment I synthesised the below Jacobsen's catalst:

I used it to create styrene oxide through epoxidation. Chiral GC analysis showed that the enantiometric excess was lower compared to using Jacobsen's catalyst with tert-Butyl groups (shown below). This leads me to believe that it is more enantioselective, but why is this? 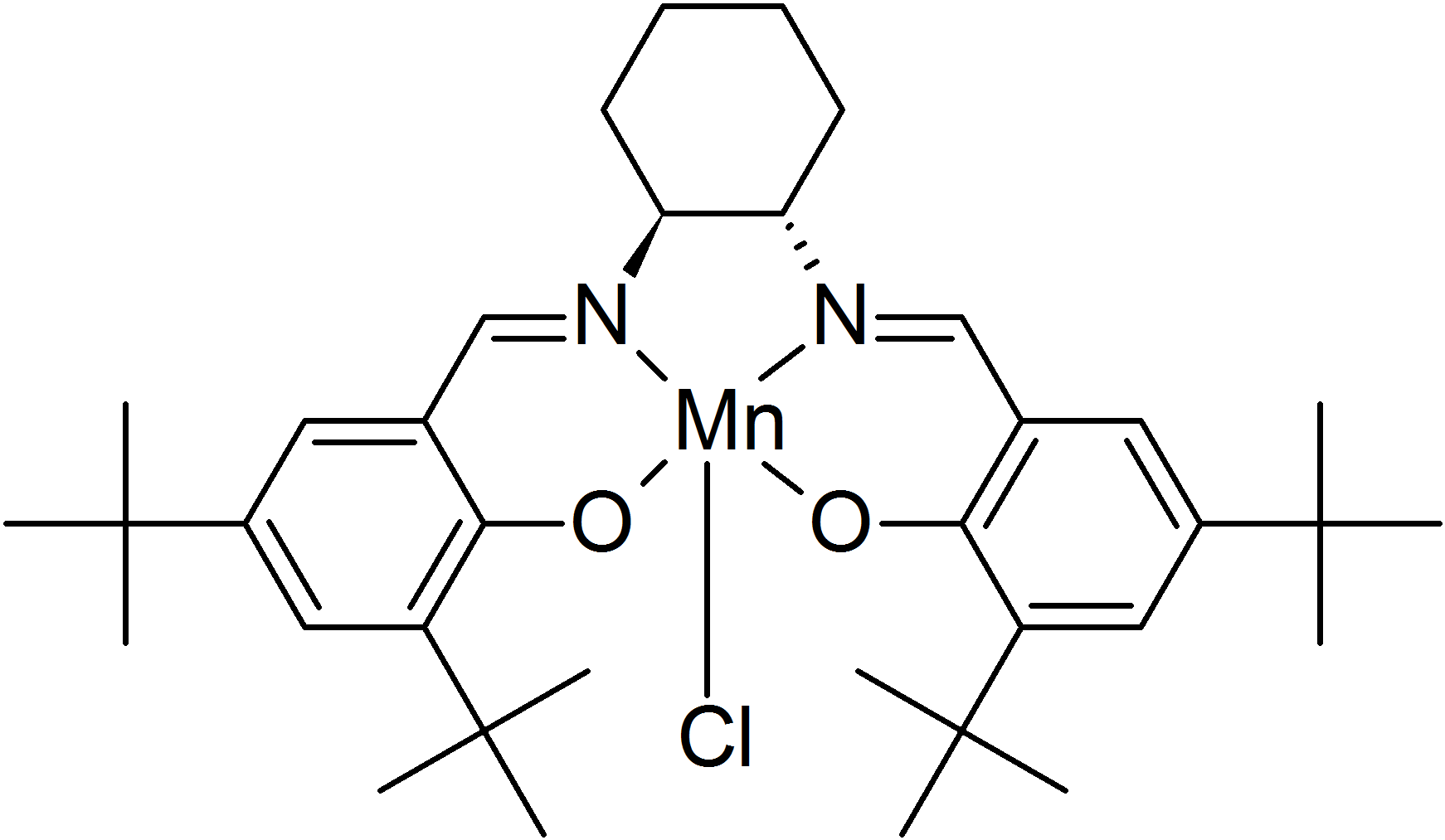 This type of oxygen transfer reaction consists of a two step catalytic cycle, wherein, first an intermediate (salen)$\ce{Mn^V}$ oxo complex is generated, and then the activated oxygen is added to the olefinic double bond.

Enantioselectivity is governed by interactions of the salen ligand, which in the transition state geometry adapts a folded geometry forming a chiral pocket, and the incoming olefin.

A late transition state demands a certain proximity between the olefin and the manganese oxo complex. This leads to a less spatial separation between substrate and catalyst and consequently allows for better differentiation of stereoisomeric transition structures.

Thus the attenuation of the reactivity of the oxo-species by electro donating groups, leading to a comparatively late transition state is the reason for higher enantioselectivity.

Not the answer you're looking for? Browse other questions tagged organic-chemistry experimental-chemistry catalysis or ask your own question.

2
Procedures in experimental chemistry
6
Why is tert-Butyl (tBu) often not listed as protecting group for alcohol?
1
How can I make a fairly saturated copper (II) sulfate solution by heating?
1
Catalyst for Formic acid decomposition
6
Action of hot alkaline KMnO4 on tert butyl benzene
4
How do I prepare 2-(3-azido-3-oxopropoxy)ethyl methacrylate from methacrylic acid?