Which ring of anthracene is reduced during Birch Reduction? What will the final product look like? Why?

My teacher said that the more electron deficient ring should undergo the reduction but I couldn't figure it out still. Any ideas?

There are two ways of rationalising this. One way is to look up or qualitatively determine the frontier orbitals (HOMO and LUMO) of anthracene, the other is to think about the stability of various radical anions.

But first, a quick note on the Birch reduction and its mechanism. As you may know, the $\ce{Na/NH3}$ system effectively works as a single electron transfer reagent. The electron is added to the π system’s LUMO, and the resulting radical anion is trapped by a proton (donated from a proton source; e.g. added ethanol) to give a radical. This radical is still electron-deficient and thus susceptible to another single electron transfer reduction resulting in a second anion which again is captured by a proton resulting in the reaction product.

A great resource for frontier orbitals is the WOrbit page of Hans-Ulrich Wagner from the LMU Munich. Among the systems whose orbitals you can look at is, luckily, anthracene. For posteriority, I have included the HOMO and LUMO pictures in the image below. 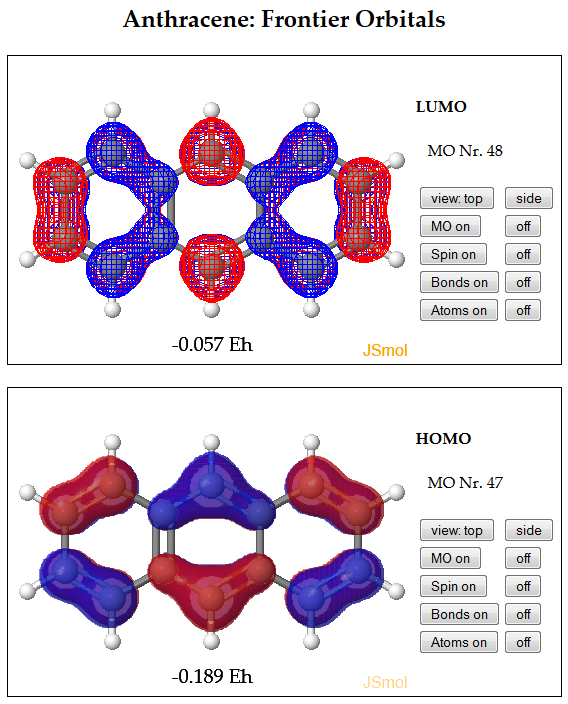 Figure 1: LUMO and HOMO of anthracene as calculated on the WOrbit page linked above.

As I drew in scheme 1, this gives us the radical 3, of which I have only shown one resonance structure. Applying the same analysis for the second step will tell us that the second electron will be added exactly at that position where I have drawn the radical (data not shown). Thus, we find that the central ring is reduced as depicted in scheme 2.

If we consider the $+I$ effect on substituted carbons, we see that we only need to consider the three structures shown in scheme 3 below; reversing charge and radical in structure 2 would result in the negative charge being on the tertiary carbon which is much less favourable when compared to the secondary one.

At first, it looks like 6 and 7 might be better stabilised structures: 6 effectively represents a methylnaphthalene radical and 7 a naphthylallyl radical. However, if we take a closer look at 2 we see that it can be rearranged in a manner shown in scheme 1 above. If you consider the above drawn structure 3 as a radical anion (i.e. before protonation), notice that the radical is now a diphenylmethyl radical. This diphenylmethyl radical wins in favourability against both naphthyl derivatives.

As a general rule, if you can preserve the aromaticity of a benzene ring the structure is ‘better’ than one where you can’t. And two benzene rings as are present in structures 3 and 4 (and 5) are better than the naphthyl rings of structures 6 and 7. Thus, it is most favourable to reduce the central ring.

Note, by the way, that depending on the conditions employed, 5 is not inert towards further Birch reduction. Mehda, Sen and Ramesh report a triple Birch reduction of anthracene leading to the very interesting tricyclic triene 8 in $80~\%$ yield (scheme 4).[1]

7
Azo coupling with arenediazonium salts - why isn't nitrogen gas lost?
4
Mechanism of the reaction of an alkene with excess HI in presence of CCl4
8
Which of these carbocations are more stable?
11
Birch reduction of anisole
1
Why do electron donating groups decrease the acidity of aromatic carboxylic acids?
3
Specific reduction of certain functional groups