Correct way of drawing D-configuration with this stereochemistry? 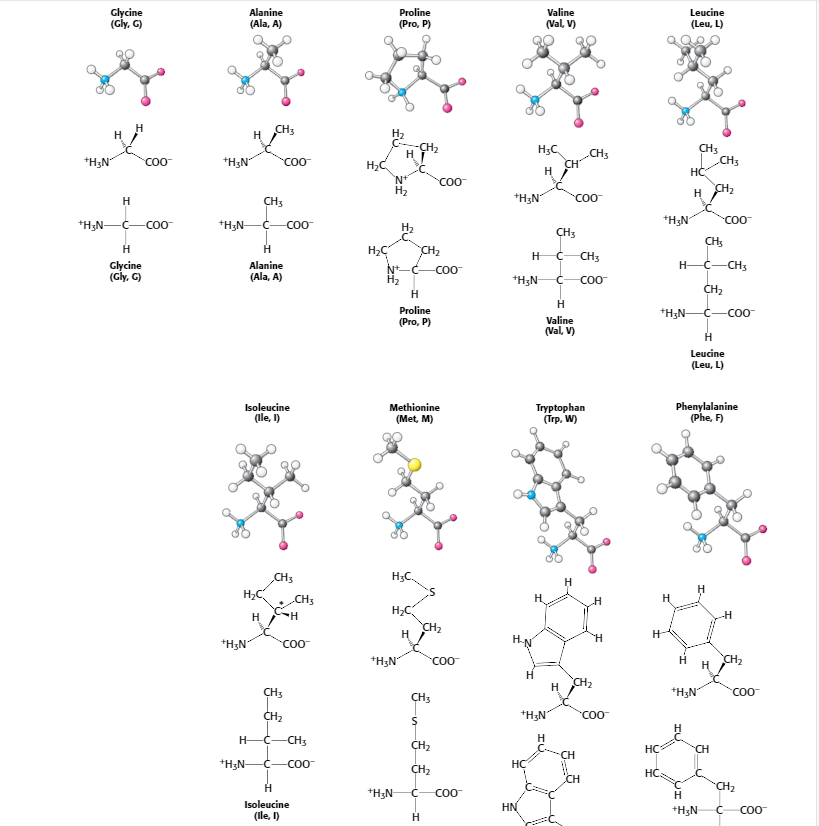 Hello! I have completely memorized how to draw all 20 amino acids in the way seen in the picture (middle, between the "ball-and-stick" and fisher projection)

By my understanding this is in the L configuration, what is the correct way of drawing them in D- configuration? Is there a simple trick? Does anyone have an image of them all drawn in D-config in the same way?

Is it basically having the COO- and NH3+ switch places. Like here: 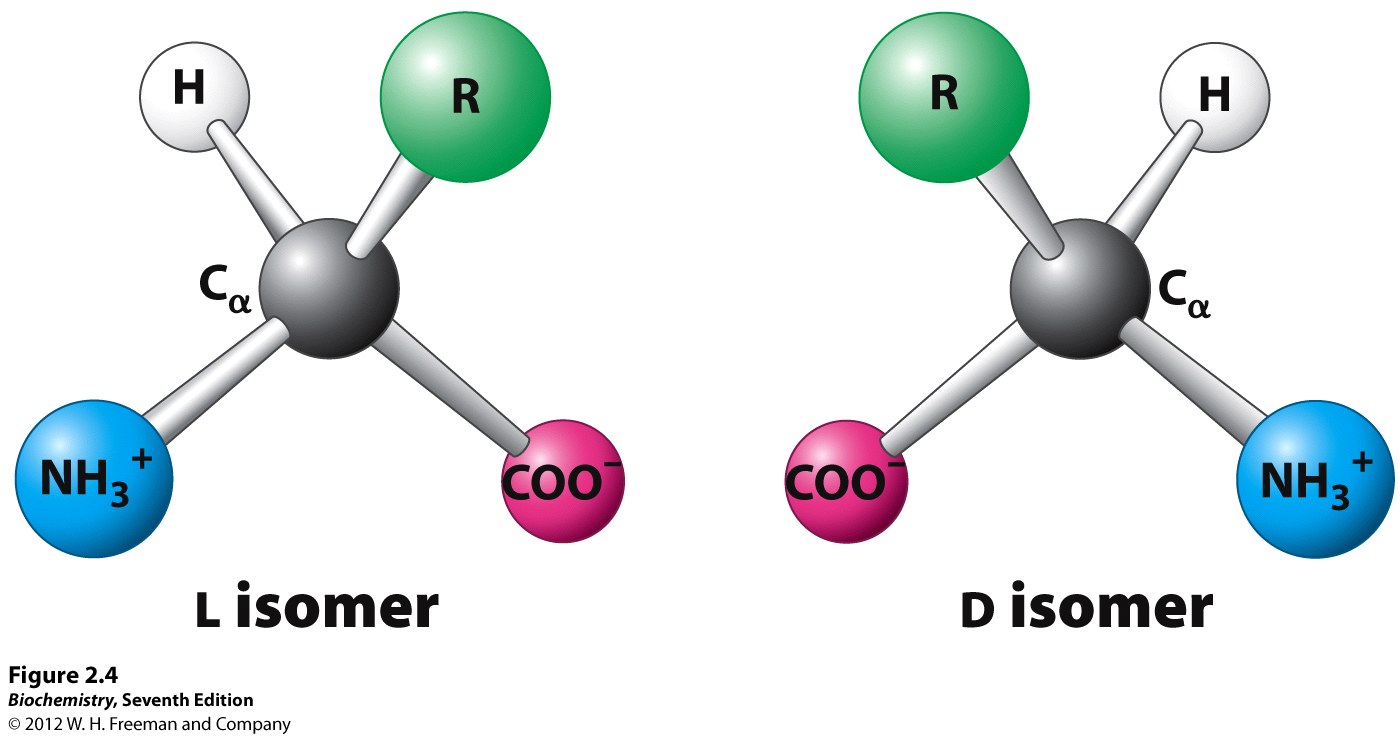 You don't have to memorize the whole structures. Easier is to memorize the general structure including the stereochemistry, and the residues, R (except from proline). The Fisher projection is useful, but on your depiction, it's not in the usual orientation. The carbon chain should be vertical, carboxy group at the upper side, residue at the bottom. Hydrogen and amino group (pointing towards observer) horizontal. 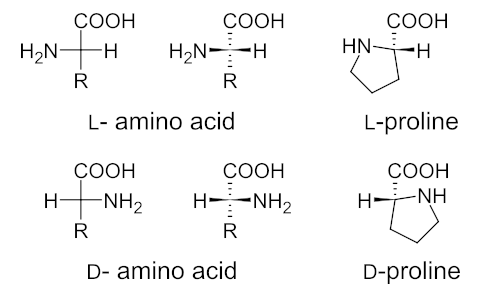 One can easily memorize that for L- amino acids, amino group is on the left, for D- amino acids the opposite, which is the case for your orientation as well (and don't forget to invert chiral residues for D- AA's, as Zhe has already noted in the discussion; it is the case for isoleucine and threonine).

Not the answer you're looking for? Browse other questions tagged biochemistry stereochemistry amino-acids or ask your own question.