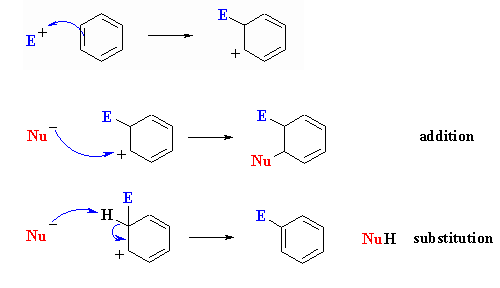 In the electrophilic aromatic substitution attack of Benzene by the nucleophile, as shown in the figure, nucleophile attacks hydrogen of the intermediate, instead of attacking the positive charge distributed ring; leading to substitution reaction.

Bezene's closed shell of six pi electrons is said to give it an extra stability (resonance energy)$_1$, but it is not clear and precise in the explanation of how the electric attraction is overcome by this another tendency which is described. So, the question is, how is this electrostatic attraction towards positive ring overcome by other tendency of stability?

The positive charge, instead of being localized, is actually delocalized throughout the ring because of resonance, making the charge shared between three carbons, lessening the ability for the nucleophile to attack the positive charge. 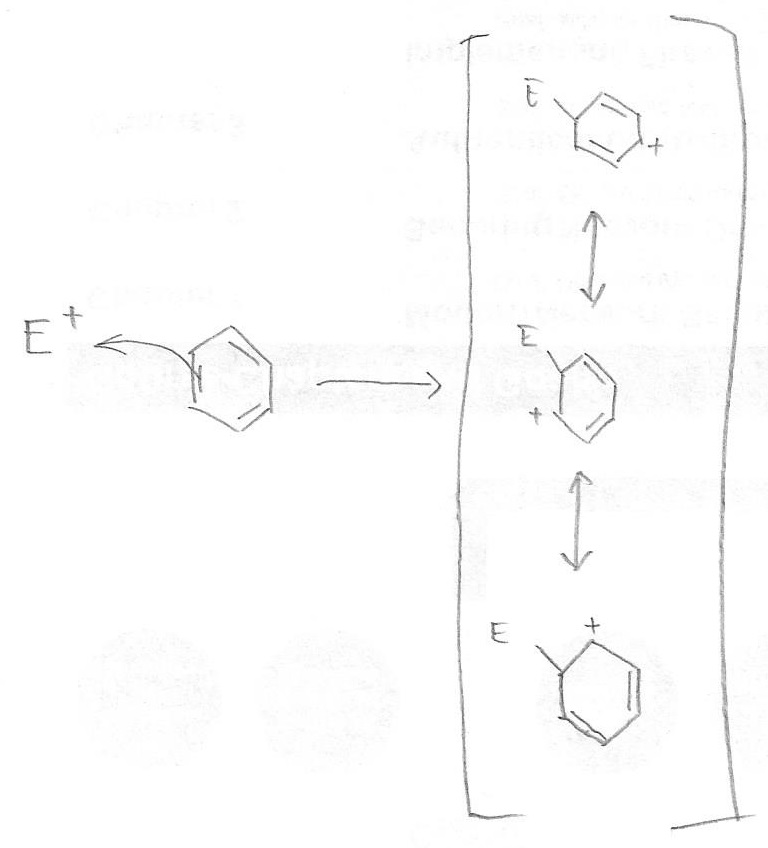