Why is Nitrogen 15 found almost exclusively in marine environments?

The following story was told to me earlier this summer

Every year during October, the Pacific rain creates an ideal spawning condition for the wild Pacific salmon in the coastal forests of British Columbia. Of course, when we think of salmon swimming upstream in the Pacific Northwest, some images might come to mind. 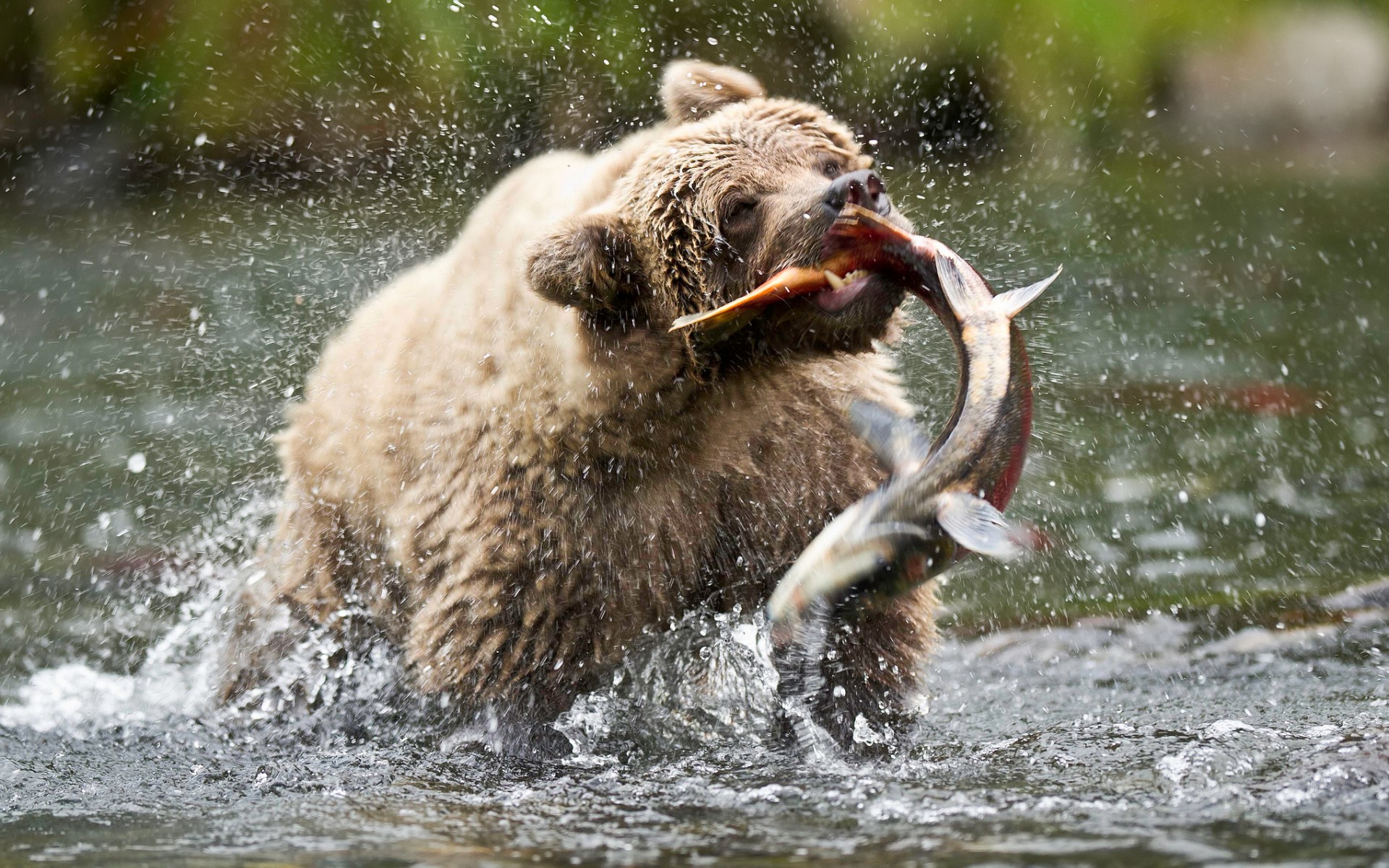 Black bears and grizzly bears carry hundreds of kilos of fish out of the water and into the forest to consume. Naturally in the areas proximal to the rivers, fish carcasses are littered throughout, with the bears having ate what they wanted, leaving behind the rest to decompose.

Scientists several years ago took to examining the nitrogen uptake and found that trees in nearby the river received a significant amount of their nutrients from the fish. Through their findings they showed a case that reverses the land to sea flow of nutrients. The study has been used to argue for the dedication of resources to rebuild and maintain wild pacific salmon runs.

Chemistry and the Question

The study above uses the abundance of $\ce {^{15}N}$ found naturally in the ocean, and transported via salmon, to support their findings. $\ce {^{15}N}$ has a 0.365% natural abundance, and according to the story, it is almost exclusively found in marine environments. Which leads us to my question: why? Why is this isotope largely found in the ocean and not on the land?

Let's start that the sentence found in the source you provided:

the nitrogen isotope 15, which is found almost exclusively in marine environments

is misleading and simply incorrect.

Now to some basics. When we discuss isotopes in environmental sciences, we never use the absolute values of an isotope content. Instead we use isotope ratios:

However, the ratios themself are not very useful, so the delta ($\delta$) notation is used:

All standards have the delta value equal $0$ by convention. There is an international standard material for each isotope, for example for $\ce{^13C/^12C}$ ratio it is VPDB (Vienna PeeDee Belemnite), and for $\ce{^15N/^14N}$ it is atmospheric nitrogen. The latter standard was chosen because the content of the $\ce{^15N}$ isotope in atmospheric nitrogen is uniform throughout the world and it does not vary significantly over time. Many chemical, biochemical and physical processes cause the so-called isotopic fractionation to occur - it results in the increased (enrichment) or decreased (depletion) isotope ratios.

OK, we know the terminology, so now to the point. In general, the metabolic processes of living organisms cause enrichment of nitrogen. The extent of the enrichment depends on the trophic level (position in the food chain) and dietary sources of nitrogen. The highest enrichment is found in terrestial herbivores, while marine organisms usually show lower $\delta\ce{^14N}$ values. Given those facts the cited sentence makes no sense, and is probably a result of a misinterpretation of some scientific paper.

There is a lot of literature on the subject if you are interested. I can give you one good reference as a starting point: