Why there is hydrogen bonding involved in salt bridge formation between glutamic acid and lysine?

I saw this figure on Wikipedia: 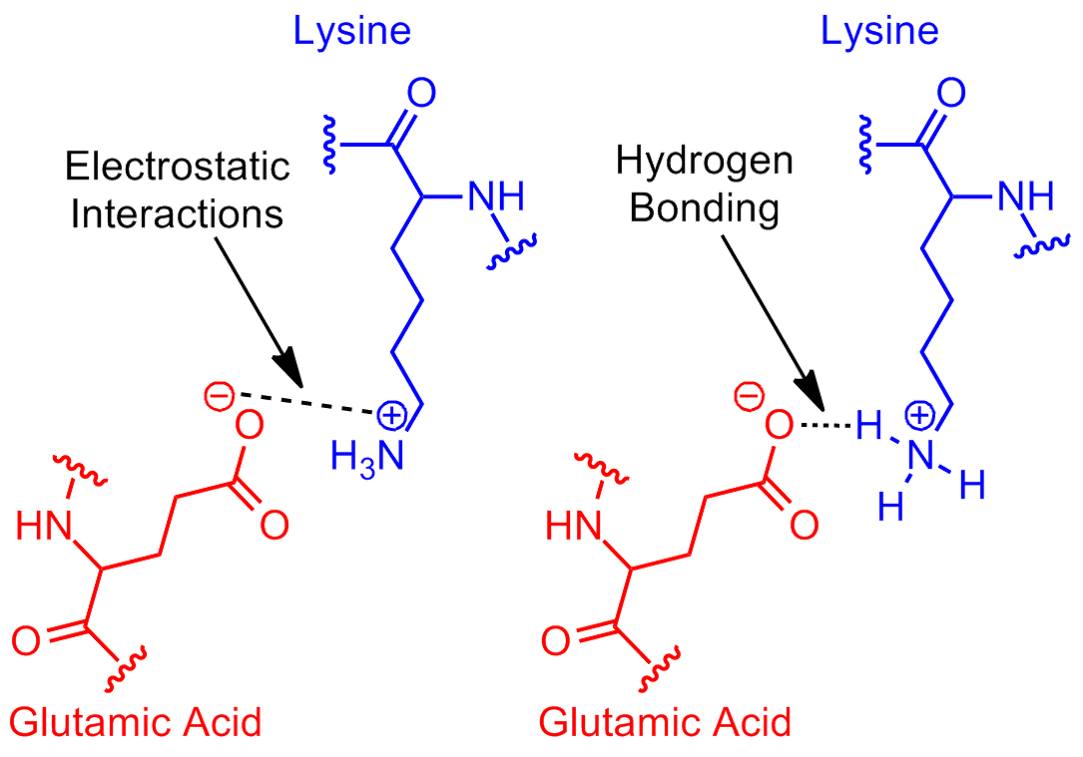 I hope someone can explain me what this figure means in respect to both of the interactions shown.

An electrostatic interaction is one between a centre of positive charge and a centre of negative charge. In your example, instead of a primary ammonium cation ($\ce{H3\overset{+}{N}R}$) you could also consider the fully methylated quarternary ammonium cation $\ce{Me3\overset{+}{N}R}$ which would still be able to build up an electrostatic interaction with the acid anion. The centre of positive charge is somewhere between the three ammonium hydrogens and the centre of negative charge somewhere between the two carboxylic oxygens.

A hydrogen bond, on the other hand, is a directional interaction of the type $\ce{X-H\bond{....}Y}$, where $\ce{X}$ and $\ce{Y}$ are electronegative elements and $\ce{Y}$ must feature a lone pair. Thus, hydrogen bonds always contain three atoms and only those three. One one of the three ammonium hydrogens can form a hydrogen bond with only one of the two oxygen atoms.

For a hydrogen bond to be present, the lonepairs of the H-bond acceptor must be pointed and interact with the antibonding orbital of the donor hydrogen. Electrostatic interaction has no such requirement.

Not the answer you're looking for? Browse other questions tagged biochemistry hydrogen-bond amino-acids or ask your own question.

2
Why is it rational that salt-bridges (in proteins) are described as a combination of H-bond and ionic bond?

3
SN1 Polar Protic Solvent Stabilization of Substrate
2
Why is hydrogen bonding more significant than any other interaction between dipoles?
12
Which intermolecular interaction is dependent on the inverse cube of distance?
13
Why is HCl not considered to have hydrogen bonding?
23
Is Hydrogen Bonding a Type of Dipole Dipole Interaction?
6
Hydrogen bonding relating to molecular orbital theory
2
Can glutamic acid and arginine form H-bond at physiological pH?