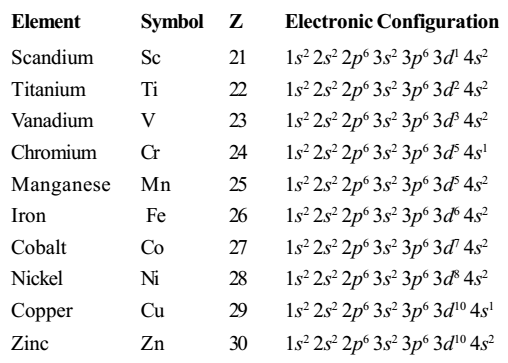 I have noted down the available positive oxidation states of the first row of transition elements (on the Periodic Table) from the respective Wikipedia articles of the elements.

Regarding the maximum oxidation state achievable, there are two competing trends. Both have to do with ionisation energies.

In going to a higher oxidation state, the additional IEs are always balanced against the release in energy in the formation of stronger ionic/covalent bonds. However, if the additional IE is too large, then the favourable bonding will not be sufficient to bring out the higher oxidation state. A simple example is sodium, which cannot adopt the +2 oxidation state because its second IE is simply too large, even though the lattice energy of a hypothetical $\ce{NaCl2}$ crystal is larger than that of $\ce{NaCl}$.

Secondly, the ionisation energies generally increase going across the 3d block, because of an increase in effective nuclear charge. This is the factor which leads to the decrease in the maximum oxidation state after Mn. For example, the seventh IE of Fe is larger than that of Mn; therefore, Fe does not exhibit the +7 oxidation state.

You can look up the IEs in any relevant textbook. However, note that since the +2 oxidation state is very common in the later half of the 3d block, it is usually the third and higher IEs that are more important in this discussion. So, looking at the trend of first/second IEs won't get you anywhere.