Which platonic solids have been built as carbon skeletons?

There are 5 platonic solids: the tetrahedron, the octahedron, the cube, the dodecahedron and the icosahedron.

How many of these have been realised as carbon skeletons by chemical synthesis?

The previous answer and comments have already listed out the known platonic hydrocarbons, however, since the OP had expressed an interest in the synthesis of these platonic hydrocarbons in one of his comments, I have provided some commentary to that effect along with links to the original papers that first reported these compounds. Also, of interest would be this paper 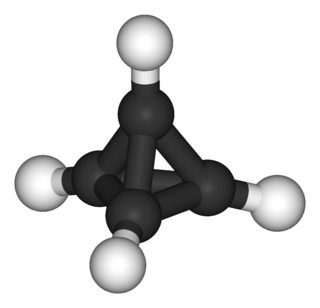 Two stable derivatives, whose synthesis has been achieved include tetra-tert-butyltetrahedrane (prepared in 1978 by Günther Maier) and tetra(trimethylsilyl)tetrahedrane (reported in 2002).

The original paper discussing the synthesis can be found here. The synthesis has been summarised below. The authors rationalise the stability of this compound as follows:

If all the corners of the tetrahedrane unit are occupied by bulky groups then on lengthening one bond of the ring skeleton , two tert-butyl groups tending to increase their mutual separation will be forced back together by the other ones ("corset effect"); a tetrahedral structure permits the four substituents to adopt a regular spherical distribution and hence a maximum mutual separation.

In simpler terms, trying to break a bond forces the bulky substituents together increasing strain. 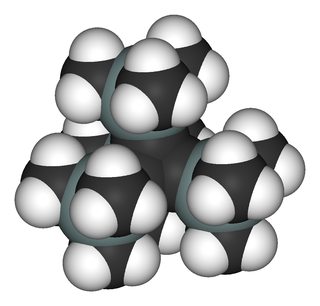 Again, the synthetic route is given below. The original paper is also by Günther Maier. 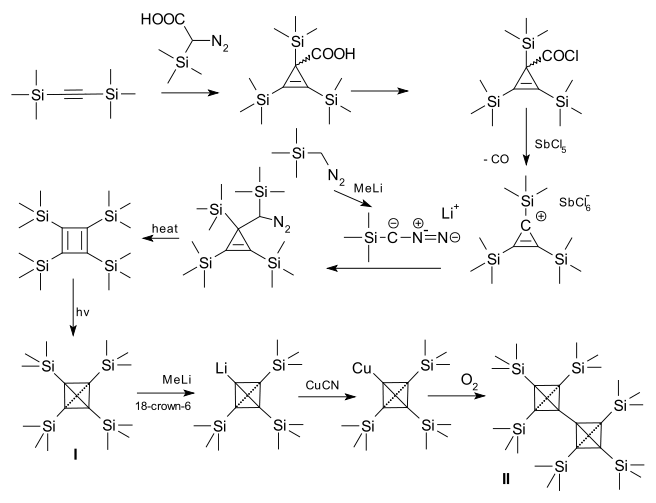 Reaction with methyllithium has yielded the stable tetrahedranyllithium derivative. These coupling reactions with this lithium compound have allowed access to more derivatives, for example the dimer in the last step of the reaction scheme given above.

This compound is far more stable than the tert-butyl analogue. On account of the silicon–carbon bond being longer than a carbon–carbon bond, the corset effect is reduced. $\sigma$-donor character of the trimethylsilyl explains the increased stabilisation of the tetrahedrane.

The tetrahedrane skeleton is made up of banana bonds, and hence the carbon atoms are high in s-orbital character 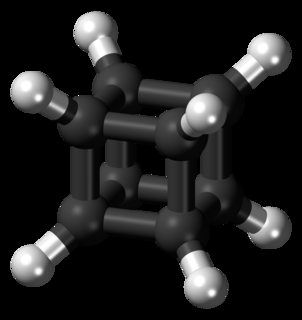 Cubane was first synthetically realised by Eaton and Cole in 1964. The synthetic scheme from the original paper is given below: 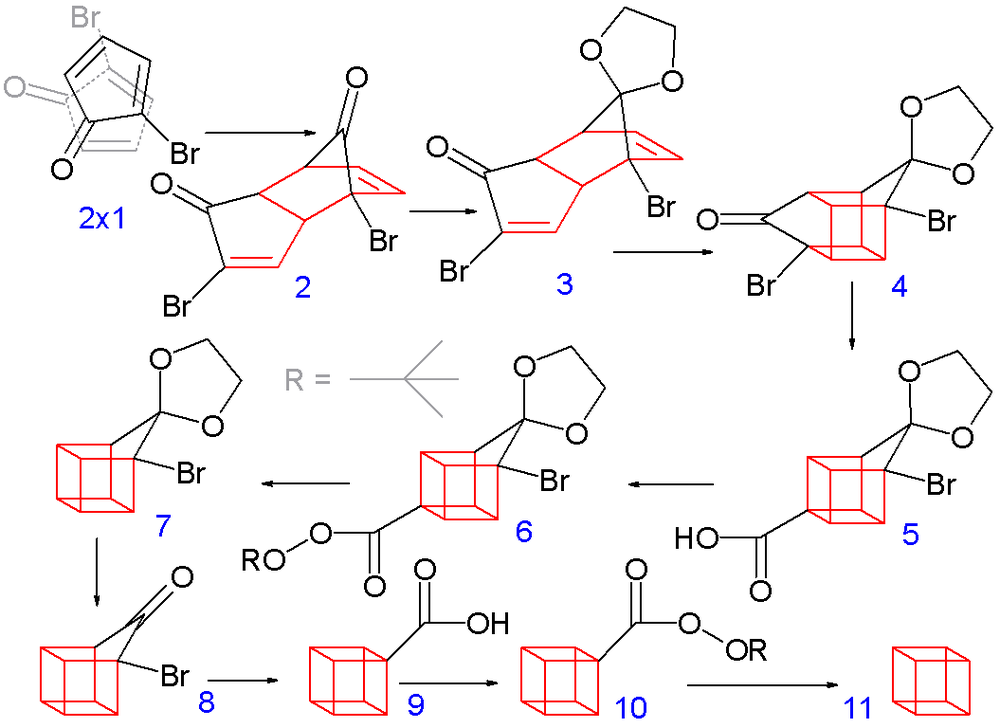 Note: In the original synthesis, the starting material for this, 2-bromocyclopentadienone, was obtained from 2-cyclopentenone via allylic bromination with N-bromosuccinimide in carbon tetrachloride followed by addition of molecular bromine to the alkene gives a 2,3,4-tribromocyclopentanone. After treatment of this compound with diethylamine in diethyl ether, which causes elimination of two equivalents of hydrogen bromide, we get the desired diene product.

Again, the cubane is kinetically stable because of lack of readily accessible decomposition paths. 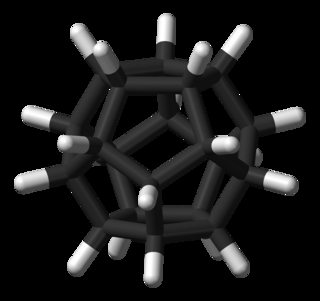 The pagodane synthetic route has been given below. 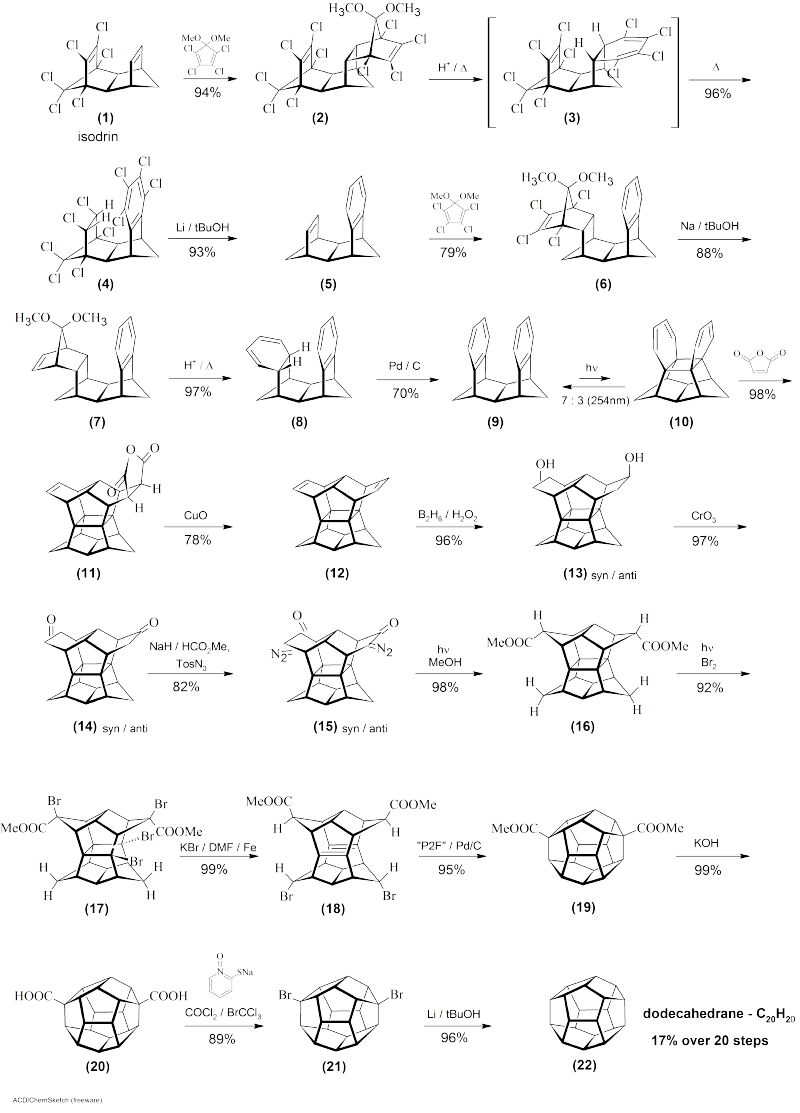 Paquette's 1982 organic synthesis takes about 29 steps, and starts from cyclopentadiene, and for the sake of brevity, I have not presented it here.

There are the three painfully obvious platonic hydrocarbons: tetrahedrane, cubane, dodecahedrane. The latter one also exists as a fullerene, i.e. $\ce{C20}$, which is also believed to be the smallest fullerene.

From here on it will be very difficult to come up with the other platonic structures.
The octahedral structure of $\ce{C6H6}$ probably cannot exist dues to the fact that the carbons would have five bonds (four to carbon and one to hydrogen) and would quickly rearrange to a trigonal prism. However, there is tricyclo[1.1.1.11,3]hexane, $\ce{C6H8}$, which has a distorted octahedral carbon cluster.
The icosahedral version would require a penta-coordinated carbon (or hexa-coordinated if we consider hydrocarbons), which is one of the rarest to come across in the first place. However, you can have a carbon skeleton with icosahedral symmetry. The famous Buckminsterfullerene (ChemSpider), $\ce{C60}$, is a truncated icosahedron, which is an Archimedean solid.

16
Are there molecules that take the shape of every platonic solid?

17
Why are solid phase organics often conjugated to HCl?
12
Hydrocarbons with only 4 carbon atoms
3
cupola based hydrocarbons
11
Double alkylation of benzene to form tetralin
2
Tips for maximizing yield, purity and crystal size during recrystallization
5
What chemicals have been named after Star Wars characters?
3
Number of stereoisomers of polysubstituted cubane
0
Selective secondary amide/lactam hydrolysis