Which electronic effects are responsible for the reduction of nucleophilicity of a hydroxy group orthogonal to an ester?

I am facing a similar synthetic problem as Boekman Jr. et al noted in their synthesis of Tetronolide.[1] I will quote their’s rather than disclosing my actual synthetic problem, but note that the key element — an α-hydroxy-γ-lactone is identical.

The authors’ intended convergent synthesis involves coupling the two compounds 1 and 2 shown in scheme 1 in a ‘tandem ketene-trapping/[4+2] cycloaddition’, which requires the free hydroxy group in 1 to nucleophilicly attack the ketene. 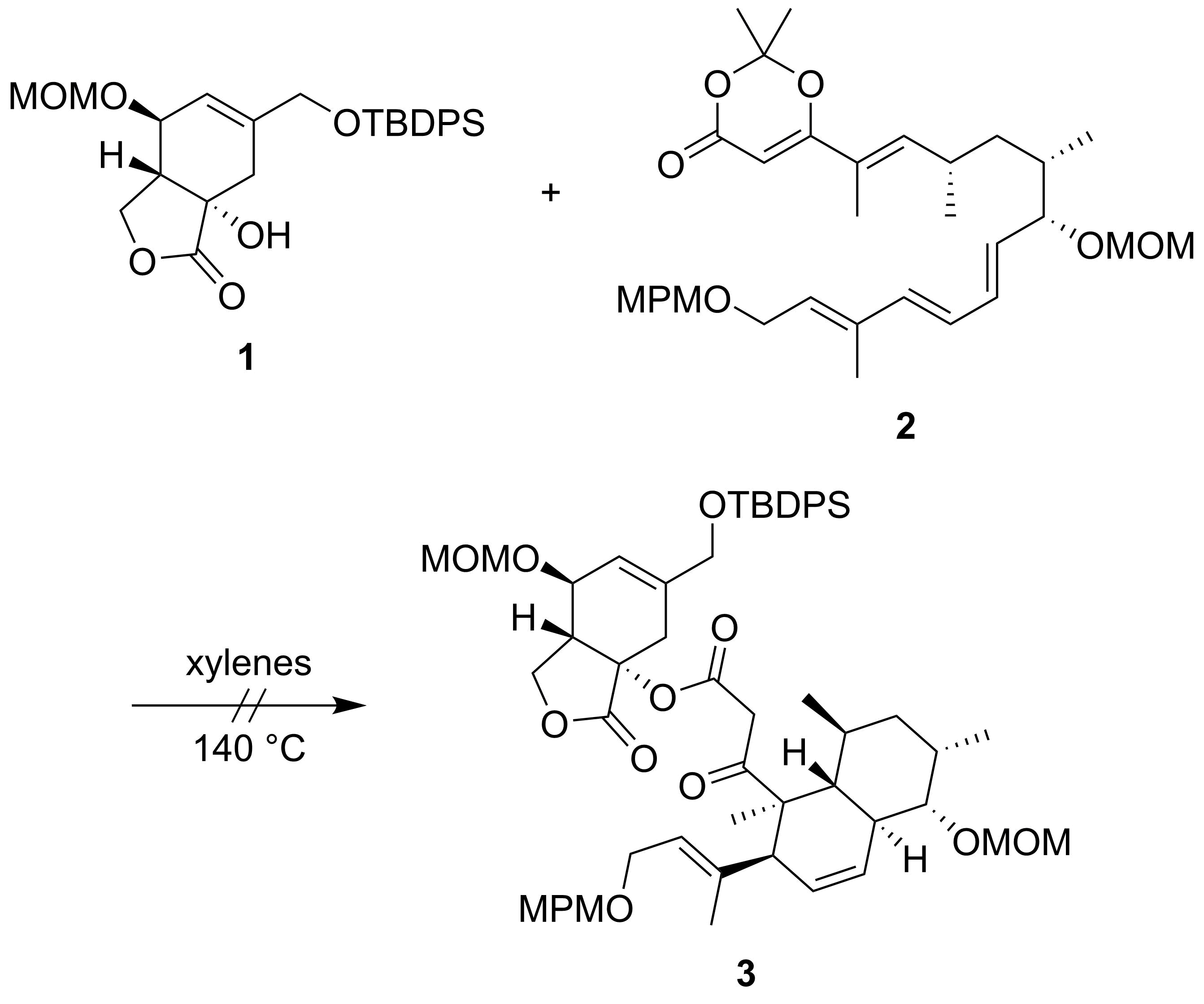 However, as indicated this reaction did not produce 3. The authors note:

However, despite considerable experimentation, all attempts to couple lactone [1] with [2] to afford β-ketoester lactone [3] failed. We surmised that the failure stemmed from impaired nucleophilicity of the tertiary OH group owing to a stereoelectronic effect resulting from the enforced alignment of the lactone carbonyl π-orbitals and the adjacent CO bond. (Compound numbers adapted to fit this scheme.)

Instead, the authors used alcohol 4, which readily reacted with the masked ketene 2 to give the ester 5 as shown in scheme 2. 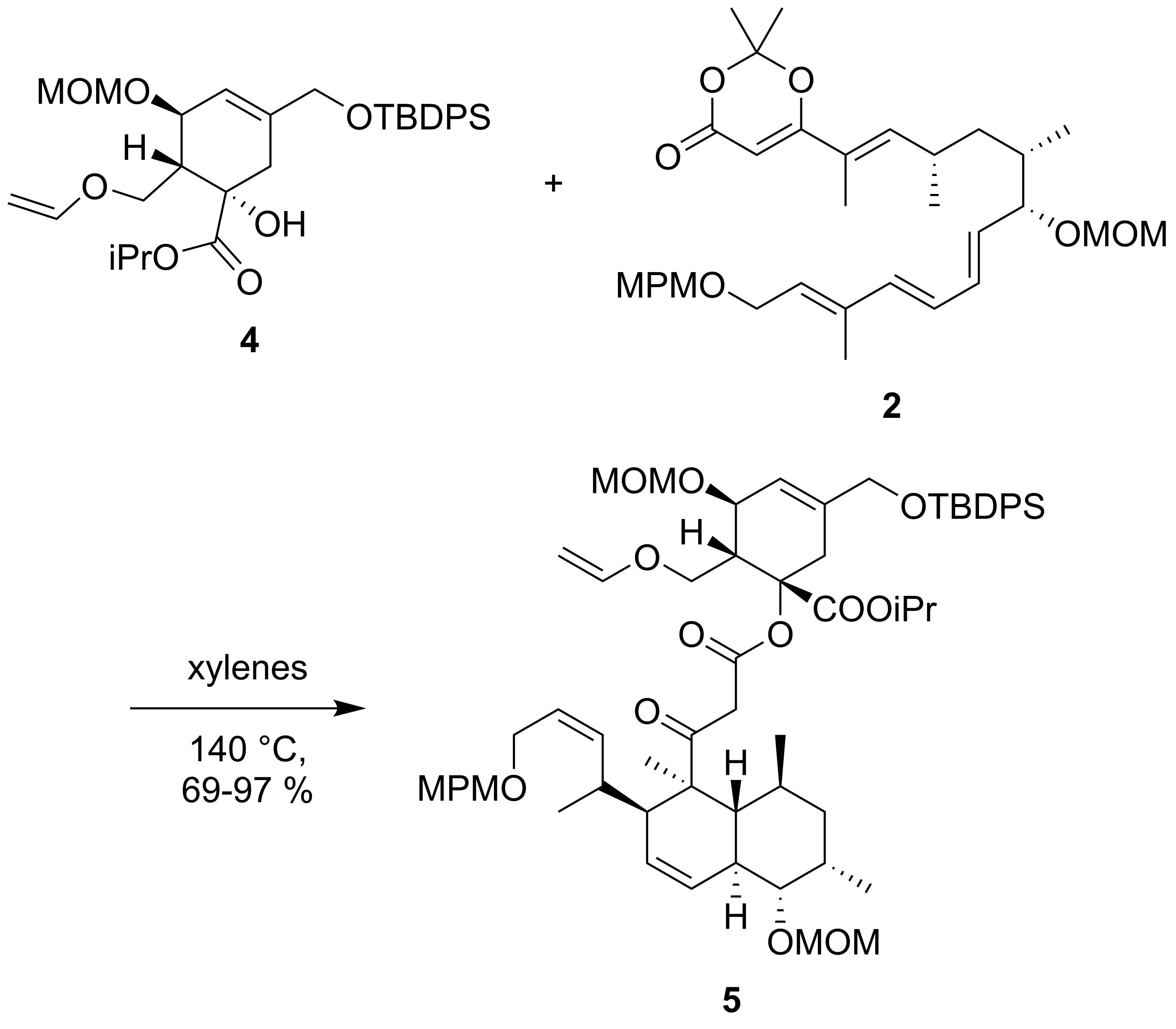 My experimental findings have confirmed a similar effect for my compound. However, I have a bit of trouble discerning which electronic effects exactly cause this unreactivity. My first assumption is that the conformation of the five-membered ring forces the hydroxy group into an angle of approximately $90^\circ$ with respect to the carbonyl-π system. This should allow mixing of σ and π orbitals of whichever kind.

My second assumption was tracing the problem back to the anomeric effect. In that effect, a nonbonding electron pair interacts with an adjacent σ* orbital, lowering its own energy but reducing the σ bond strength. The required electrons could be supplied by the π system, resulting in the effect being π and σ*. However, I do not quite see yet, how this kind of mixing would reduce the nucleophilicity of the oxygen atom.

Thus, the questions are:

In contrast, I calculated the PES of hydroxy group in the following two systems:

The latter one is: 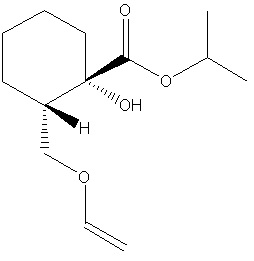 The oxygen of iprO-(C=O)- group was pointed away from [S2] and towards to [S3] cyclohexane. The PES is: (It was calculated with am1 due to computational resources, it was done with my laptop.) 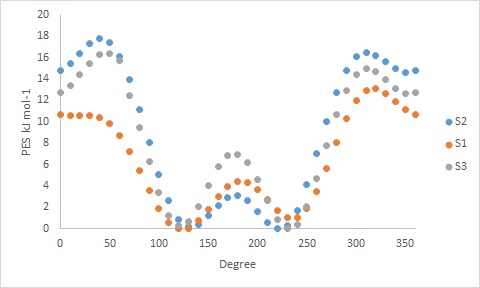 It can be observed that the intramolecular hydrogen bond (IHB) in [S3] is more stable than in the other systems. The order of intramolecular hydrogen bond preference is [S3]>[S2]>[S1]. In other words, the IHB formed with the oxygen SP$^3$ of iprO-(C=O)- group is preferred over the carbonyl oxygen. [b] This can be seen on the rotational barrier between both minima. This conformational preference allows the lone pair of hydroxyl oxygen to be more nucleophilic than in the other systems. As it can be seen in the following figures: 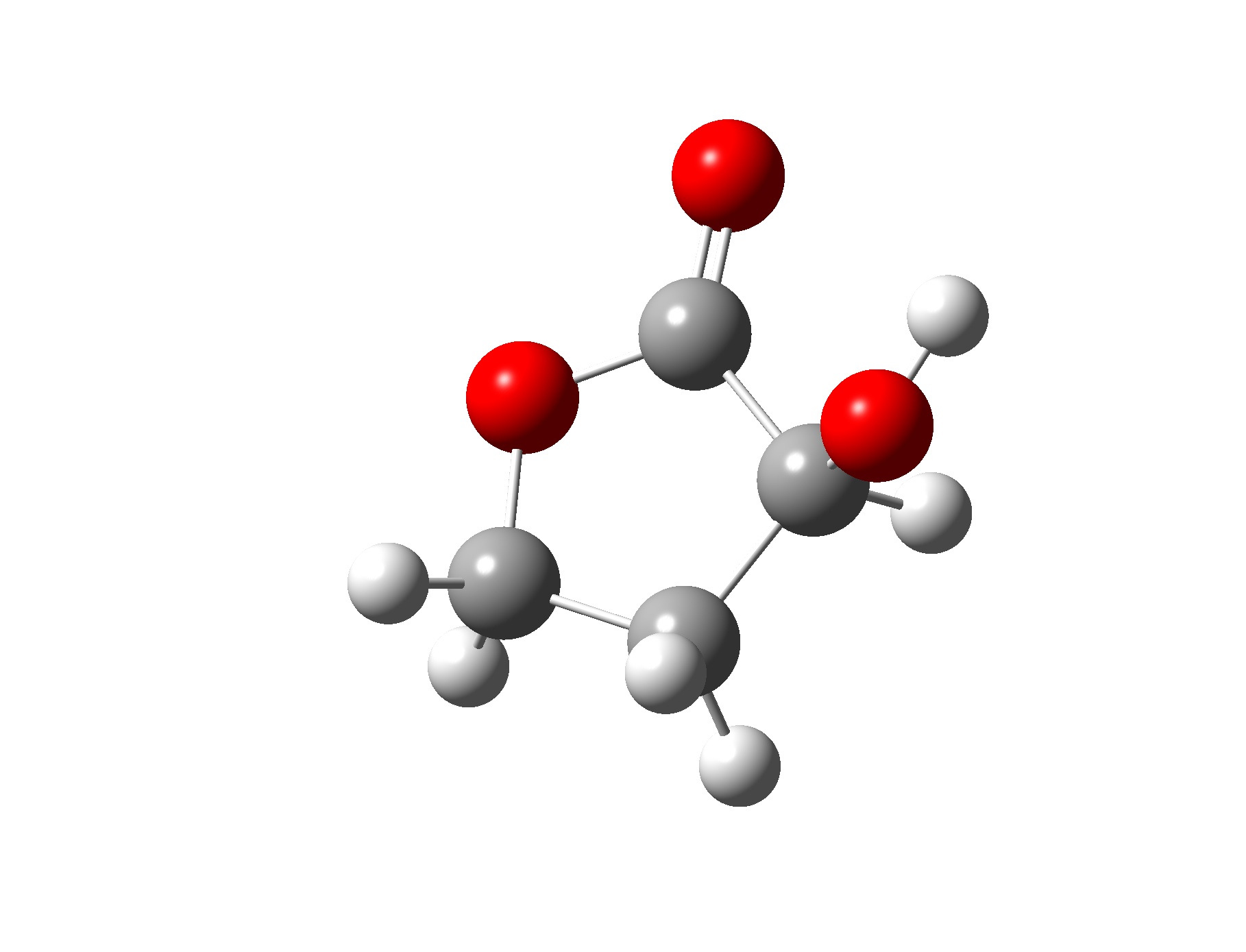 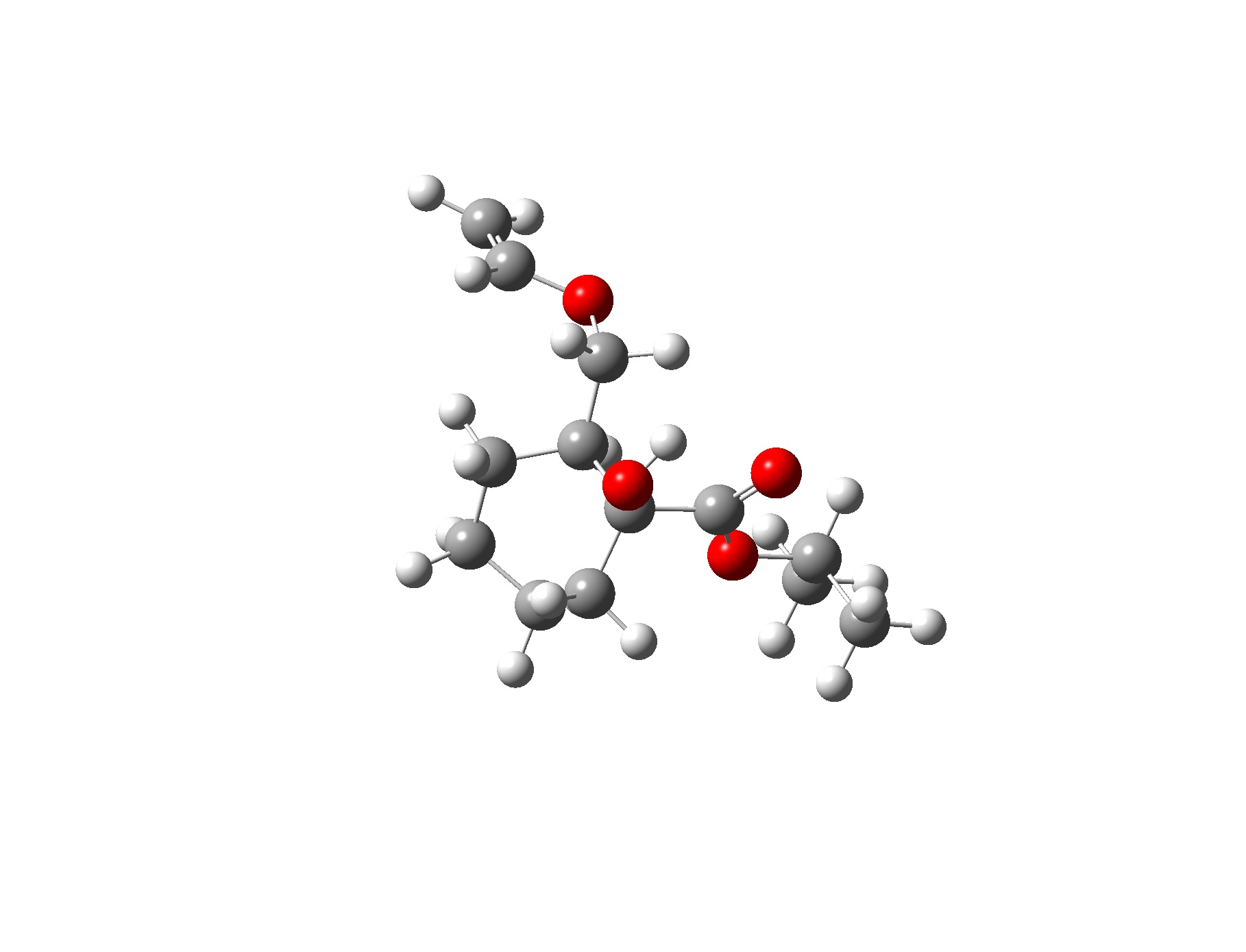 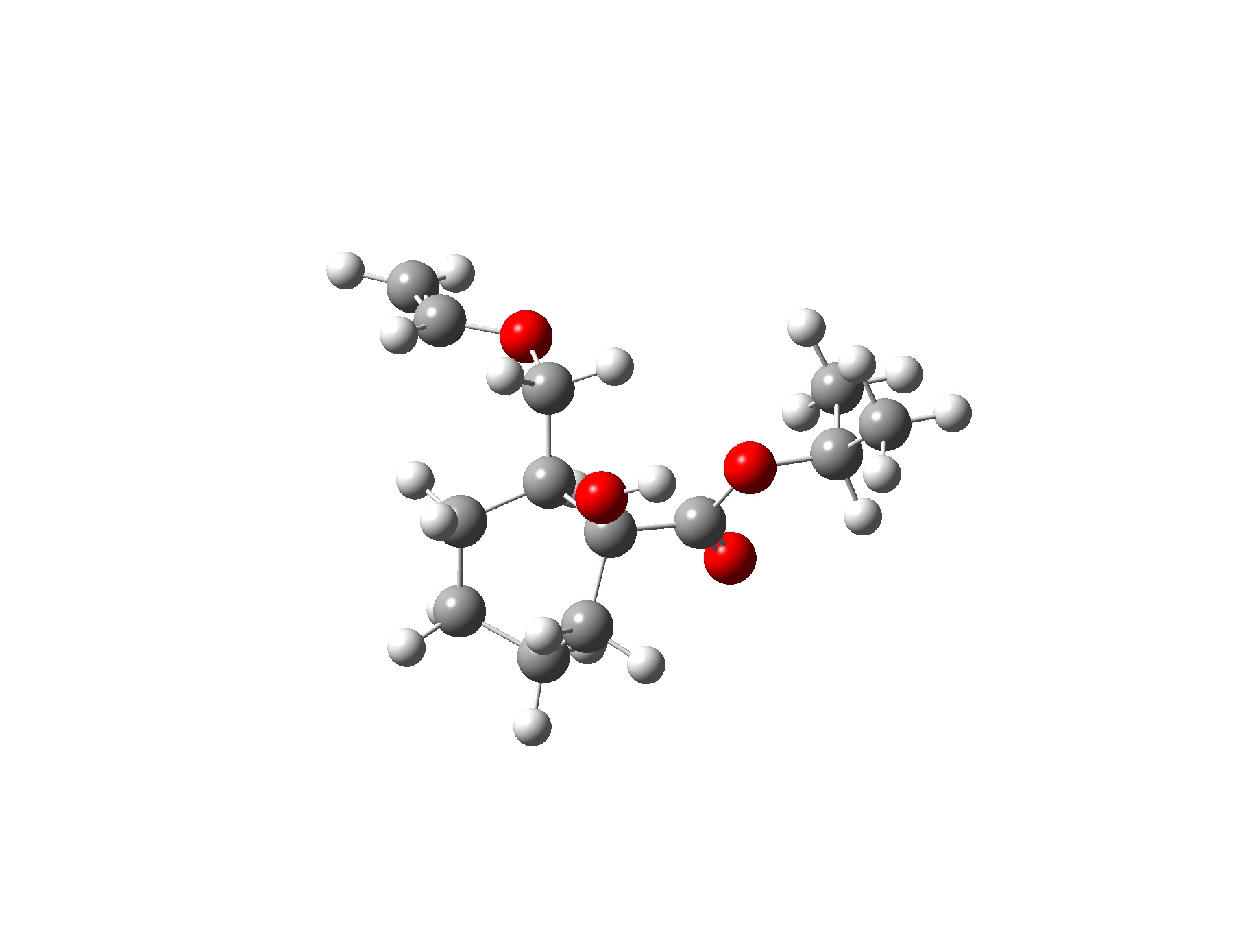 Related to the electronic effects present in this IHB, it can be complemented that "this is a consequence of interacting the lone pair on the accepting oxygen with an empty hydride antibond of the donating O-H atoms, $n_O$ → $\sigma^*OH$. Occupancy of the antibonding orbital raises the energy of the O-H species while stabilizing the oxygen." As Albrecht et. al. concluded in her paper.[c]

Not the answer you're looking for? Browse other questions tagged orbitals reference-request alcohols reactivity esters or ask your own question.

13
Which orbitals of the hydrogen atom are degenerate for n=3?
2
Why are the ethyl ester methylene protons not diastereotopic in ethyl (+-)-2-methylbutyrate?
1
In a condensation reaction, which of the reactants loses their OH group?
24
Which is the currently accepted mechanism of a Wittig reaction?
2
How is the nucleophilicity of alkoxy groups related to acidity and +/- inductive effects due to substituents?
3
Mechanism for the intra-molecular exchange of an ester and a nitrile group
1
Which are the radicals containing phosphorus in ATP?
1
What are the currently most accurate sources for lists of the values for elemental properties